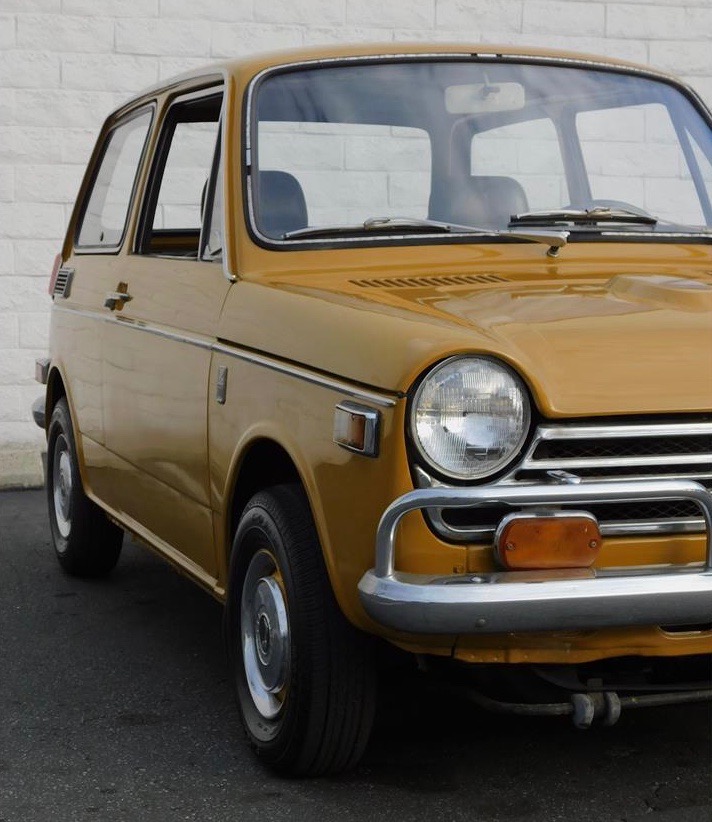 After spending a couple of days recently at the vintage motorcycle auctions in Las Vegas, I figured it only would be fitting to use a bike as the Pick of the Day on my next turn. So I searched ClassicCars.com for “motorcycle” and up popped this 1972 Honda N600, which has four wheels not two.

But the engine comes from Honda’s longer history with motorcycles. It’s an air-cooled two-cylinder single overhead-cam unit linked to a four-speed manual transmission.

As the seller’s advertisement notes, the engine was tuned to provide 36 horsepower and 31 pound-feet of torque while averaging 40 miles per gallon and offering a top speed of 75 miles per hour.

We ran an entire story about the restoration of the No. 1 U.S. serial number Honda N600, but this one appears ready to run after what the collector car dealer in Carson, California, terms a partial restoration.

“This 1972 Honda N600 Sedan is in remarkable condition for its age, and has recently been repainted in its original tan color,” the seller notes. “The black interior remains mostly original, although the seats appear to have been recovered at one point as the original upholstery was all vinyl while the seats are now upholstered in a combination of black vinyl and gray fabric.

“Power front disc brakes came standard on all N600’s and the car rides on Falken Sincera 145/80R10 tires which are mounted on a set of original wheels with original Honda hubcaps which are in great shape.

“Additionally, a set of original California blue and yellow license plates registered to the car indicate that this N600 has been a California resident its entire life.”

“Overall this 1972 N600 Sedan is a wonderful example of a now extremely rare and highly sought after model as the first Honda automobile officially imported into the United States,” the seller adds.