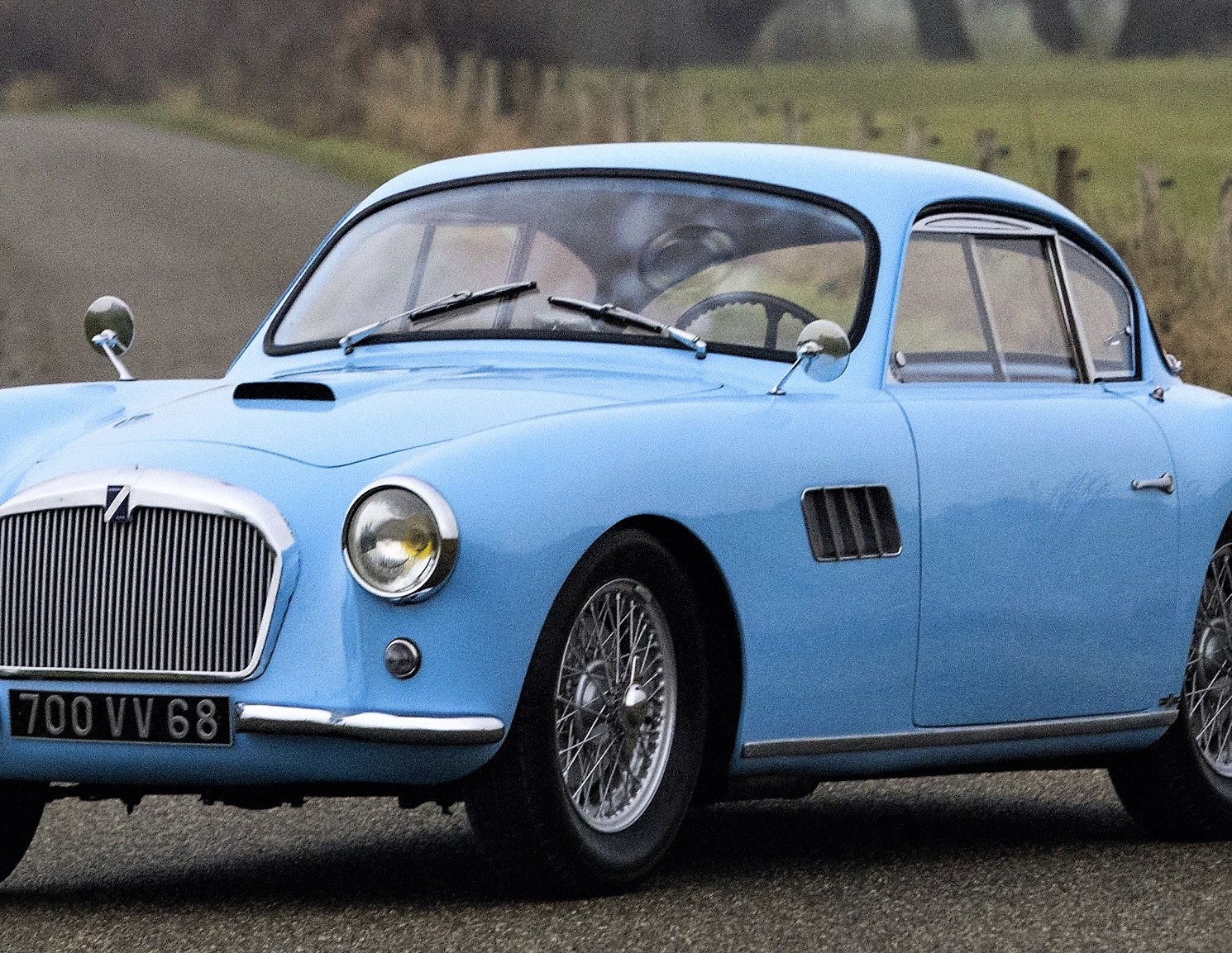 The auction, named Grandes Marques au Grand Palais, will include offerings from French brands Bugatti, Citroën, Renault, Delage and Talbot Lago, among others, in an international sale held during one of Europe’s most flamboyant automotive festivals.

The French vehicles include:

“An iconic sports car of its era, even 94 years later this little Bugatti remains a delight to drive,” Bonhams says in its description. “Capable of speeds of up to 110km/h (68 mph), it is little surprise that this example was used in several holdups in the Bois de Boulogne area throughout the 1920s. Nimble and spritely, the Brescia was the ideal getaway car.”

1958 Talbot-Lago T14 America Coupe – The last car to leave the Suresnes factory before the company closed, the ultra-low-mileage coupe “is a pristine example of the beautifully proportioned design and efficient engineering which characterized this marque,” Bonhams says. Valued at $490,000 to $590,000.

1955 Renault 4CV ‘Pie’ Parisian Police Car – Nicknamed Pie for magpie, Renault 4CVs were regularly used as police cars. Delivered new to the Paris police in 1955, this car went on to appear in 16 films, including The Pink Panther and Sois belle et tais – toi. “This car represents a true slice of social and cinematic French history,” Bonhams says. Valued at $30,000 to $37,000.

1983 Renault 5 Turbo Group B ‘Tour de Corse’ – A very different sort of Renault, this was one of 20 mid-engine works Group B rally cars. The supercar racer has a known history from new and is made up of all-original parts, with the exceptional of the gearbox (which comes with the car). Valued at $220,000 to $320,000.

1964 Citroën DS 19 Décapotable – “The rare and highly desirable soft top version of one of the most historically significant motor cars of all time,” Bonhams says of the convertible version of the iconic Citroen. Totally restored, the DS is valued at $150,000 to $180,000.

1930 Delage D8 Cabriolet – A favorite among European royalty, this right-hand-drive convertible “has been meticulously and sympathetically restored throughout its life, and is thought to have taken on its current form (restyling was a common occurrence at the time) in the 1930s,” Bonhams says. Valued at $380,000 to $490,000.

Headlining the Paris sale from the British auction house is a pre-war motorports classic from the homeland, a 1935 Aston Martin Ulster two-seat roadster that was a works entry in the Le Mans 24 Hours of 1935, where it finished fifth in class. One of just 31 Ulsters built, chassis No. CML 719 competed in British, European and U.S. races, which “all witnessed the robust elegance of what is widely considered to be the marque’s finest pre-war car,” Bonhams says. Value is estimated at $1.7 million to $1.9 million.

Another seven-figure entry from England is a 1957 Bentley S1 Continental drophead coupe, one of just 31 built with left-hand drive, valued at $1.1 million to $1.6 million.

For information about Bonhams’ Paris sale at Retromobile, visit the auction website.