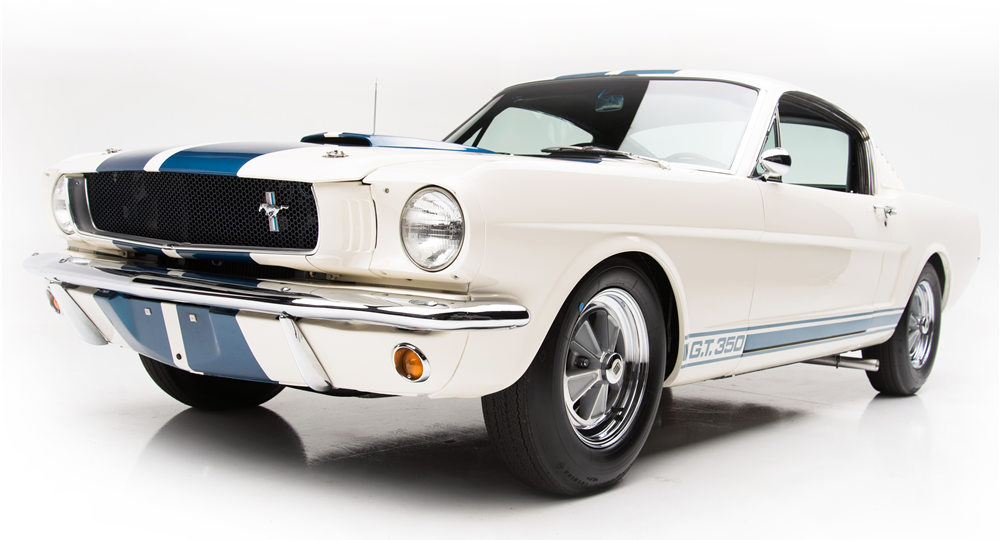 Editor’s note: This is the final in a 30-day sponsored series featuring cars to be sold January 14-22 during Barrett-Jackson’s 46th Scottsdale auction.

Offered without a reserve during the 46th annual Barrett-Jackson Scottsdale auction, this 1965 Shelby GT350 is presented without any missing or altered components and retains all of the rare Shelby unique parts from 1965.

The body of this Shelby is the original shell and shows year-specific modifications perfored by Shelby American. The car has been well kept is a rust- and damage-free.

According to the car’s paperwork, the GT350, marked car SFM5S219, was completed at Shelby American in May of 1965 and was immediately shipped to Herb Tousley Ford in White Bear Lake, Minnisota.

The car had a comprehensive restoration in the late 1990s that returned the car both cosmetically and mechanically to like-new condition.

Additionally, an earlier owner also procured a complete Paxton Supercharger conversion direct from Shelby American to be fitted to the original motor. This Paxton is a specialized unit built exclusively for Shelby to be upfitted to 289 Cobras and GT350 Shelby Mustangs.

Very few miles have been placed on the car since restoration and it received a very thorough service in the last months of 2016. The service included the fitment of five new, correct Goodyear Blue Dot tires and a freshening of the cosmetic restoration was performed to achieve the concours-level presentation on this car.