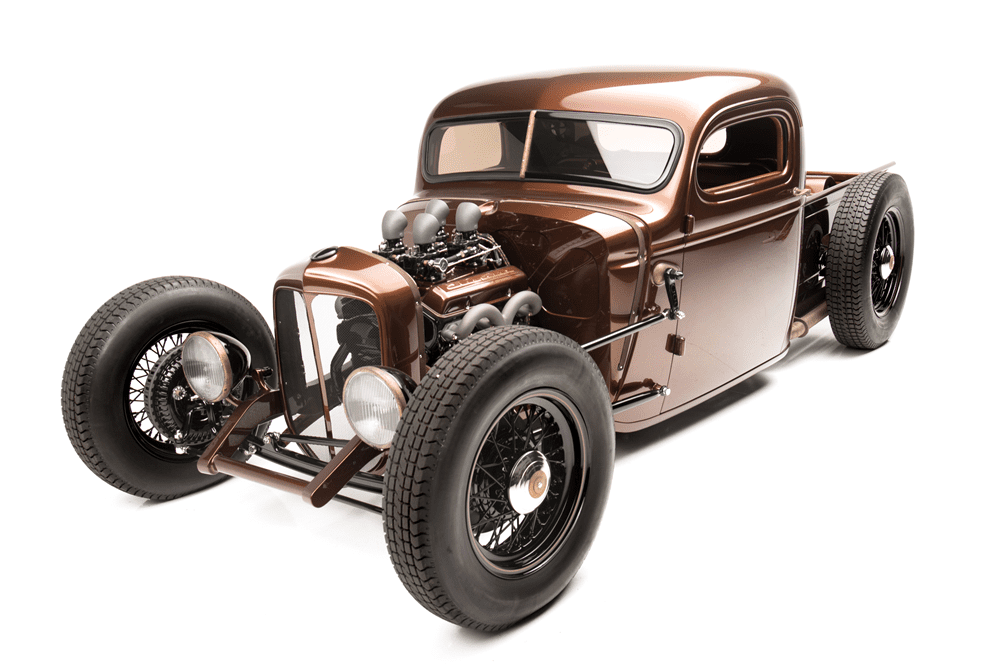 Editor’s note: This is the 23rd in a 30-day sponsored series featuring cars to be sold January 14-22 during Barrett-Jackson’s 46th Scottsdale auction.

Offered at the 46th annual Scottsdale Barrett-Jackson auction, the “Brass Monkey” is  a fully built custom 1939 Chevy truck. with many one-off details.

This truck began life as an original Chevy truck but was modified to be a personal vehicle by Doug Eldred of Eldred Hotrod Shop in Edinboro, Pennsylvania.  The cab has been highly modified and received a top chop while the truck was constructed to integrate the  full unibody with a custom-built chassis.

The interior is fully trimmed in a pinecone-glazed antique leather that has been expertly fitted to all custom-built trim panels, including a metal seat surround. The dash, from a 1936 Plymouth,  has been fitted with a one-off center gauge cluster of Eldred’s own design and build.

The build was competed in early 2016 and has won awards and gained acclaim for Eldred everywhere it has been. It has been recognized for its very unique style that harmoniously combines the traditional American hot rod with today’s radical car culture, making the truck a work of rolling art.