A book to enjoy low and slow 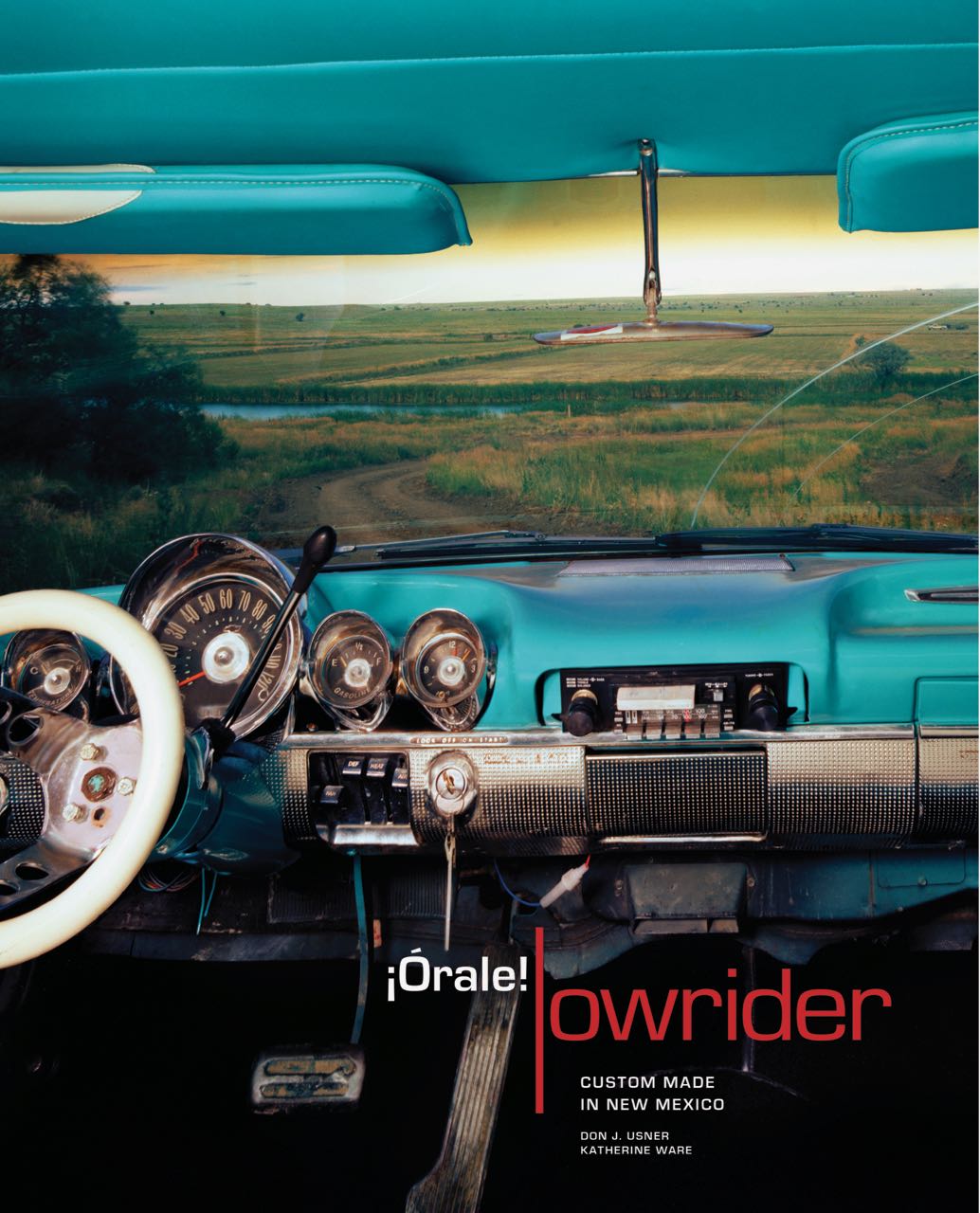 Just like the subject matter featured in this oversized, coffee-table book, you’ll want to go bajito y suavecito (low and slow) as you absorb the words and images presented in !Orale! Lowrider: Custom Made in New Mexico, recently published by the Museum of New Mexico Press.

The book is eye-opening on several levels. There’s the obvious one: The amazing photography of amazing cars and their owners, and of what many would consider the shade-tree mechanics — cottonwoods in the case of northern New Mexico — who transform aging Detroit iron into brilliantly painted works of kinetic art that not only move forward and back but up and down, and sometimes dramatically so.

But on another level, the book is eye-opening in explaining not only the history of the lowrider phenomenon, but its place in a people’s very culture.

“… in northern New Mexico,” Don J. Usner writes in the long essay, “lowriders make a statement not only about individual car owners, but about cultural identity. In this holy land of sacred earth and tongue-biting chile, the craft of the lowrider is deeply embedded in family and place.

“An obsession for building lowriders has been passed through networks of extended families reaching across generations,” he continues. “There are many other types of customized cars in New Mexico… but over the past half century the lowrider has become a symbol as evocative of the region’s Hispano identity as homegrown chile and the local dialect of Spanish…

“Each vehicle embodies a story, sometimes in a painted mural memorializing a lost loved one or depicting a narrative of struggle and redemption. They are all redolent with memories of extended family, community, and place.”

Regarding “place,” and a people historically overlooked, photographer Meridel Rubenstein notes that, “One of the things that really strikes me is how the cars are an assertion of identity in a sometimes hostile world, a strong message that ‘I am here,’ you have to look at me now. And because the cars are mobile it’s a way of claiming space, of taking a piece of your community with you wherever you go. Everything stops when the lowriders go by. The traffic can’t go. The people stop and stare, take pictures, and applaud. You can’t ignore them.”

On a purely automotive level, the book also is eye-opening in presenting the history of the lowrider as best it can be pieced together, and to the genre’s relation to Route 66 and families traveling back and forth from northern New Mexico to Los Angeles.

Unser’s essay also delves into the “hopper” segment of the lowrider culture, and explains how lowriders have their own version of the Tri-5 Chevys that are so popular with another segment of American car culture, except for the lowriders that Chevy trio involves the 1962 “deuce,” 1963 “trey” and 1964 “foe” Impalas, though as Usner adds, “Any Impala, and especially a convertible, is a prize.”

Prized, too, describes the pride of those who build and own the New Mexico low riders, and also applies to how buyers of this book will come to feel about it as they go low and slow through its pages.