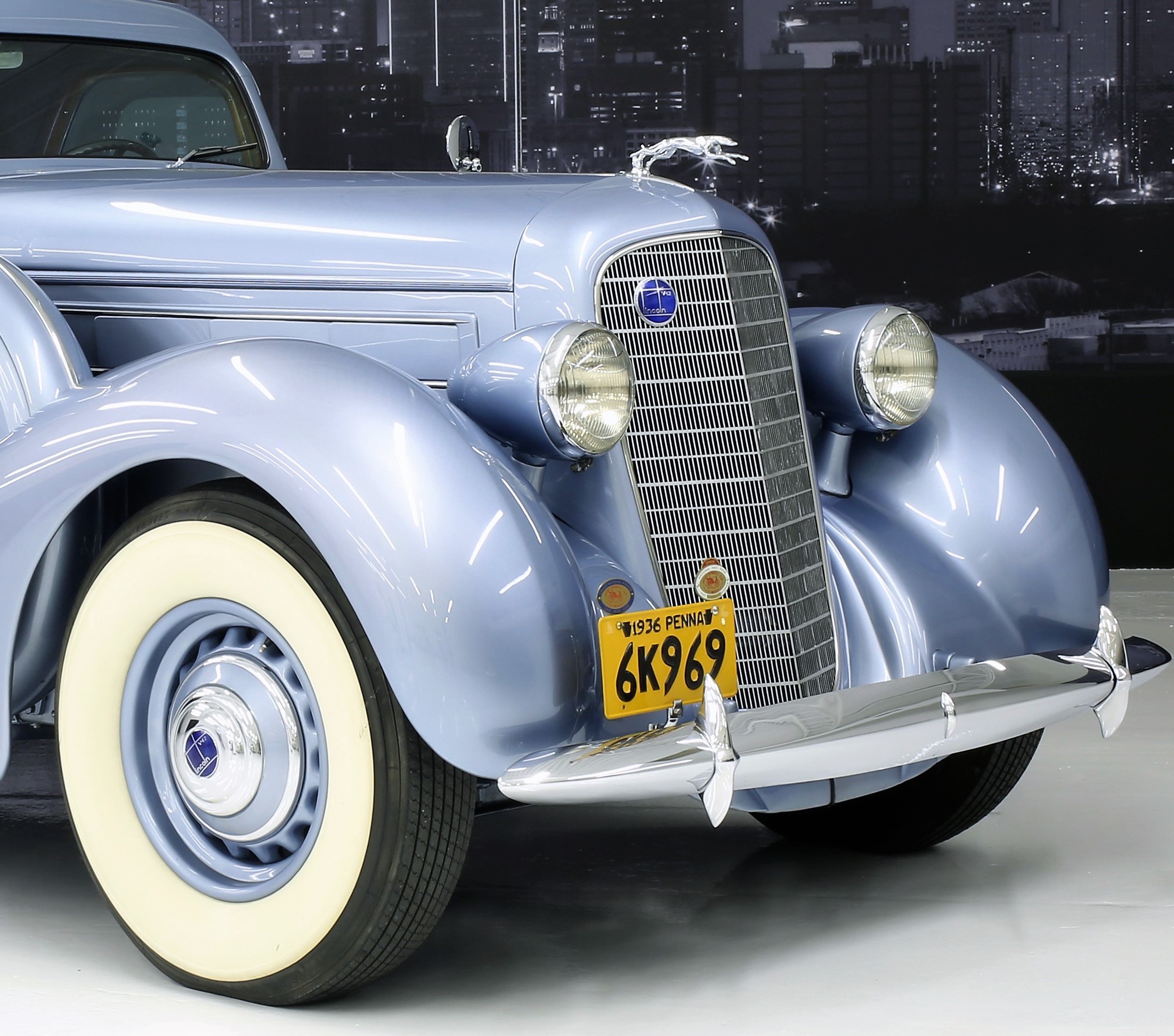 Anyone lucky enough to turn the key to a new Lincoln Model K in the 1930s would have heard the rumble of a 414-cubic-inch V12 engine powering one of the most exclusive and expensive vehicles of the Depression era. It was a luxury car with such artful attention to detail, its entire body type was customizable, making every example rare and beautiful in its own unique way.

One such automobile is the 1936 Lincoln Model K LeBaron Sport Coupe that will be showcased at the Arizona Concours d’Elegance, held on the manicured grounds of the historic Arizona Biltmore Resort in Phoenix on January 15, 2017. Resplendent in its gleaming Mercury Metallic paint and sculpted fenders, the LeBaron Sport Coupe will be shown courtesy of owners Ray and Bonnie Kinney of Dallas, Texas, as part of a special Concours class for 2017 – Lincolns of the Classic Era.

The Lincoln company was purchased out of bankruptcy in 1922 by Henry Ford, and established itself as a luxury vehicle for society’s elite. Despite the challenging financial and political environment of the 1930s, Lincoln designed and built outstanding upscale vehicles. The K-Series was produced from 1930 through 1940; in 1933, a standard V12 engine replaced the prior V8.

For 1936, the Model K’s shape featured streamlined fenders and lowered headlights. The windshield was set at a 27-degree rake and wire wheels from earlier years were replaced with pressed-steel discs to give it a more modern appearance. The opulence came at a price, and Lincoln’s entry-level Model K came in at around $4,700 – more than the cost of an average home at the time.

Just 25 Model K sport coupes were built with LeBaron coachwork for 1936, and this is one of only two known to survive. It spent 35 years of its life tucked away and preserved, and today is the product of a painstaking and extensive nine-year restoration that involved complete disassembly and refinishing, while retaining the car’s original engine and transmission. The car still wears on its front bumper the same Pennsylvania license plate it has had for 80 years.

The fourth annual Arizona Concours d’Elegance leads off the famed Arizona Classic Car Week in the Scottsdale/Phoenix area, with than 90 vintage automobiles in the Art Deco surroundings of the Arizona Biltmore. Besides Lincolns of the Classic Era, featured classes for 2017 honor the Cars of Ettore and Jean Bugatti, and Coachwork by Vignale.

All net proceeds from the nationally recognized Arizona Concours benefit Make-A-Wish® Arizona, the founding chapter of the international organization that grants wishes to children with life-threatening medical conditions.