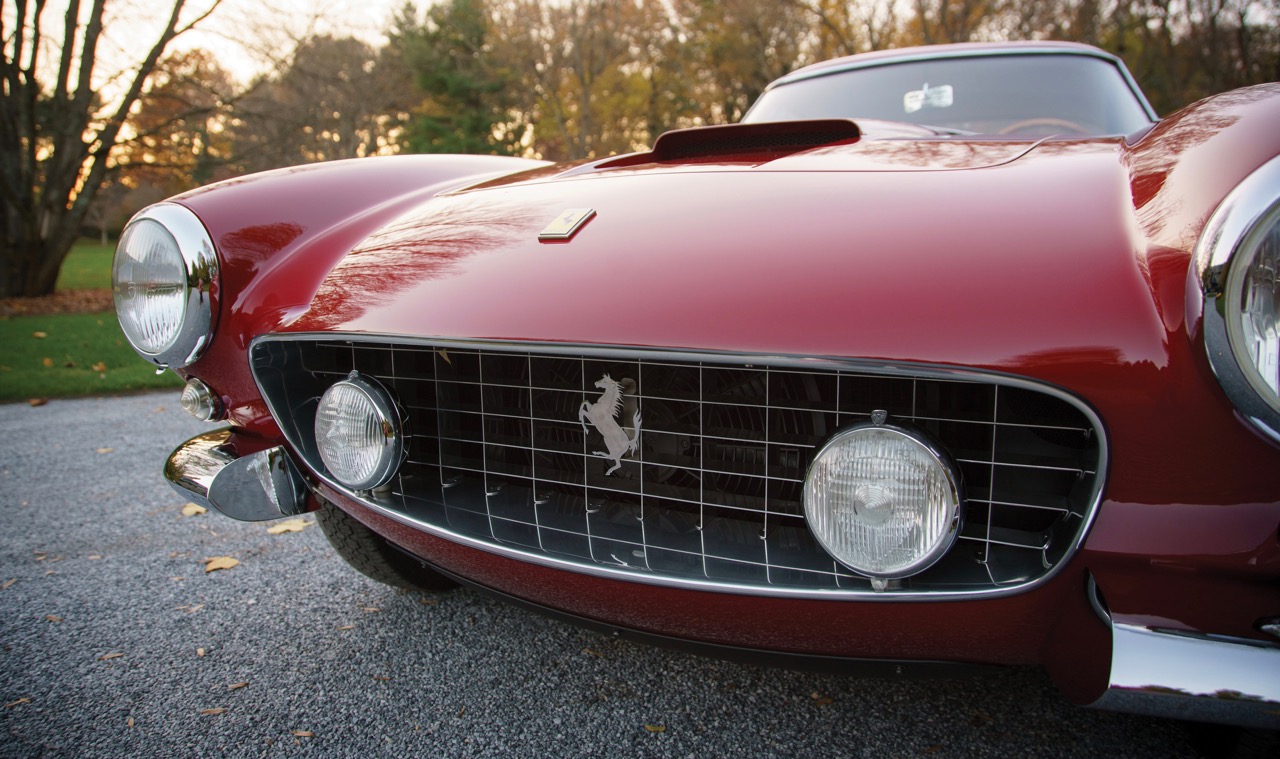 The consignment of a 58-car private collection has led RM Sotheby’s to expand its 19th annual Amelia Island auction to two days, March 10 and 11, 2017, instead of its customary one-day sale, the auction house announced Tuesday.

The company also said that in addition to the 58 cars from the collection of the late Orin Smith, the Florida sale will include a rare 1961 Ferrari 250 GT SWB Berlinetta, a car RM Sotheby’s says is “one of the most valuable cars ever presented during the Amelia Island weekend.”

RM Sotheby’s said in its news release that it expects the Ferrari to sell for more than $9.5 million.

“Our Amelia Island sale is a perennial favorite on the global collector car calendar and interest in our 2017 sale has been extraordinary,” Gord Duff, RM Sotheby’s car specialist, said in the news release. “When you look at what our team has secured thus far in terms of early entries — highlights such as the one-of-three Bugatti Type 57S Cabriolet by Vanvooren, and now, this incredible Ferrari 250 GT SWB along with the collection of Orin Smith — it is shaping up to be the biggest auction ever held during the concours weekend.

For now, however, there are the Ferrari and the Orin Smith collection cars.

The Ferrari (2639 GT) was completed in 1961 and was set up as a luxurious road-going vehicle with roll-up windows and such, though with several competition-car features, including an aluminum hood and trunk lid.

The car was sold new to Marion Dall’Orso of Genoa, Italy, but soon was exported to the United States. After time in California and Texas, the car went back to Europe in the 1980s. It was obtained by the consignor in 2011 and underwent restoration at Motion Products in Neenah, Wisconsin. It has won best of show at Concorso Italiano and Platinum Awards at the Ferrari Club of Amerian International and the Cavallino Classic, and comes with Ferrari Classiche Red Book certification.

“It is easy to see why the SWB tops many enthusiast’s lists; a true dual-purpose car, it combines sensational looks with incredible driving dynamics, and its versatility means you could race it at Laguna Seca, take it on the roads of the Colorado Grand and everything in between,” Duff said.

“From its various unique features to the incredible quality of its restoration — confirmed by a string of awards – 2639 GT is a car worthy of close inspection.”

While the Ferrari headlines the Saturday sale at Amelia, the Friday docket will be filled with cars from the Smith collection, termed “the Gentleman’s Collection,” including what RM Sotheby’s promises to be “a superlative group of Rolls-Royces, Bentleys and other sporting icons.”

Among those 22 cars are Rolls — a 1929 Phantom I Henley Roadster by Brewster, one of two Henley prototypes built on the Phantom I chassis; a 1948 Silver Wraith Cabriolet by Franay featuring streamlined one-off coachwork and built for French cabaret star “La Môme Moineau;” and the “world’s most famous” PII Continental, the ex-Raymond Gentile 1934 Phantom II Continental Drophead Sedanca Coupe by Gurney Nutting — and Bentleys: a 1947 Mark VI Cabriolet, one of two bodied by Franay and featuring one-off coachwork commissioned by its original owner, A.J. Liechti; and a 1952 R-Type Continental Fastback Sports Saloon by H.J. Mulliner and formerly part of the Bud Lyon Collection.

Also among the Smith cars are those by Allard, Jaguar, Lancia and Mercedes-Benz, and including the first 1966 Aston Martin short-chassis Volante built.

The Smith cars also include the 1953 Lancia Aurelia PF200 Cabriolet, a Pinin Farina concept displayed at the 1953 Geneva and Turin motor shows, and the 1953 Fiat 8V Supersonic by Ghia originally delivered to powerboat racer Lou Fageol.

“I had the great pleasure of knowing Orin Smith and found him to be a true gentleman in every sense of the word,” RM Sotheby’s car specialist Don Rose said. “In addition to his impressive gathering of some of the finest Rolls-Royce and Bentley automobiles, Orin displayed an eclectic taste with a keen eye for other icons of style, including sporting machinery from prewar to the best of the contemporary. The common thread here is beauty, in both design and engineering; fitting for a man of generous spirit devoted to excellence.

“Because of those qualities, Orin Smith was beloved to the Amelia Island crowd, which makes the offering of his collection at our Amelia Island venue all the more poignant.”

RM Sotheby’s said it will offer more details on the cars included in “A Gentleman’s Collection: The Pride and Passion of Orin Smith” early in the new year.