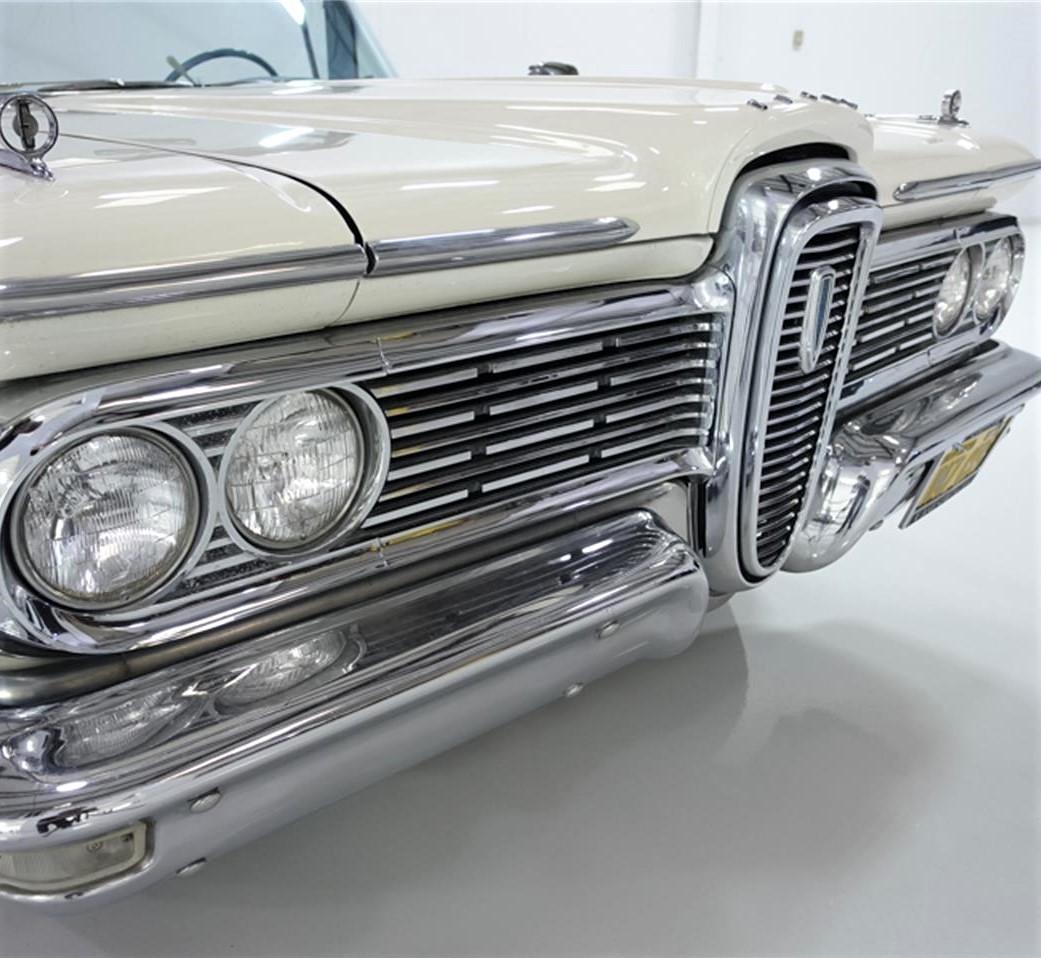 Everybody knows the story of Edsel, the premium car division created by Ford in the late 1950s that was such an abysmal failure that its very name became shorthand for any kind of notable product disaster. (Note: esteemed Classic Car News editor Larry Edsall’s name is spelled differently, so he gets a pass.)

Yet there are those contrarian souls who gravitate toward Edsels as collector cars because they are rare (Edsel sales were not so hot, and as once-unappreciated cars, survival today is spotty), because they look quite distinctive, and since they were basically Fords under their skin, they are reasonably good cars despite their public disgrace.

Edsels have risen in the eyes of collectors

The Pick of the Day represents the pride of the fleet, a totally gorgeous 1959 Edsel Corsair convertible that anyone – contrarian or not – should be proud to drive and show.

“Beautifully restored!” raves the St. Ann, Missouri, dealer advertising the Edsel on ClassicCars.com. “This magnificent motorcar was just purchased from Southern California where it was beautifully preserved and maintained. This Corsair is one of only 1,343 built and one of less than 100 known to exist today. It is finished in its original factory colors; this example would be the perfect candidate to add to any prominent collection.”

The Corsair convertible does look fairly spectacular in the photos with the ad, gleaming in two-tone Snow White and Blue Aqua that evokes the palette of the ’50s. The car is lavishly equipped with luxury features of the day, including the 332 cid “Express V8” engine hooked up with a “Mile-O-Matic” automatic transmission, power steering, power convertible top, push-button AM radio and cool-looking spinner hubcaps in matching blue.

From an era when upscale cars were heavily laden with chrome, the Edsel gleams with the shiny stuff, notably the complex grille and wraparound bumpers. The boxy tailfins are subtle, while mighty designer swooshes adorn the big car’s flanks.

The overall styling has mellowed with the passage of years; originally, that horse-collar grille center was derided as shockingly weird. Hackneyed comedians of the day yucked about Edsels looking like they were sucking lemons. Today, not so much.

Considering its apparently superb condition, the Edsel convertible seems fairly priced at $49,900. And the next owner would find there is an active nationwide club network of like-minded Edsel enthusiasts who find much to love in what once was considered Ford’s folly.