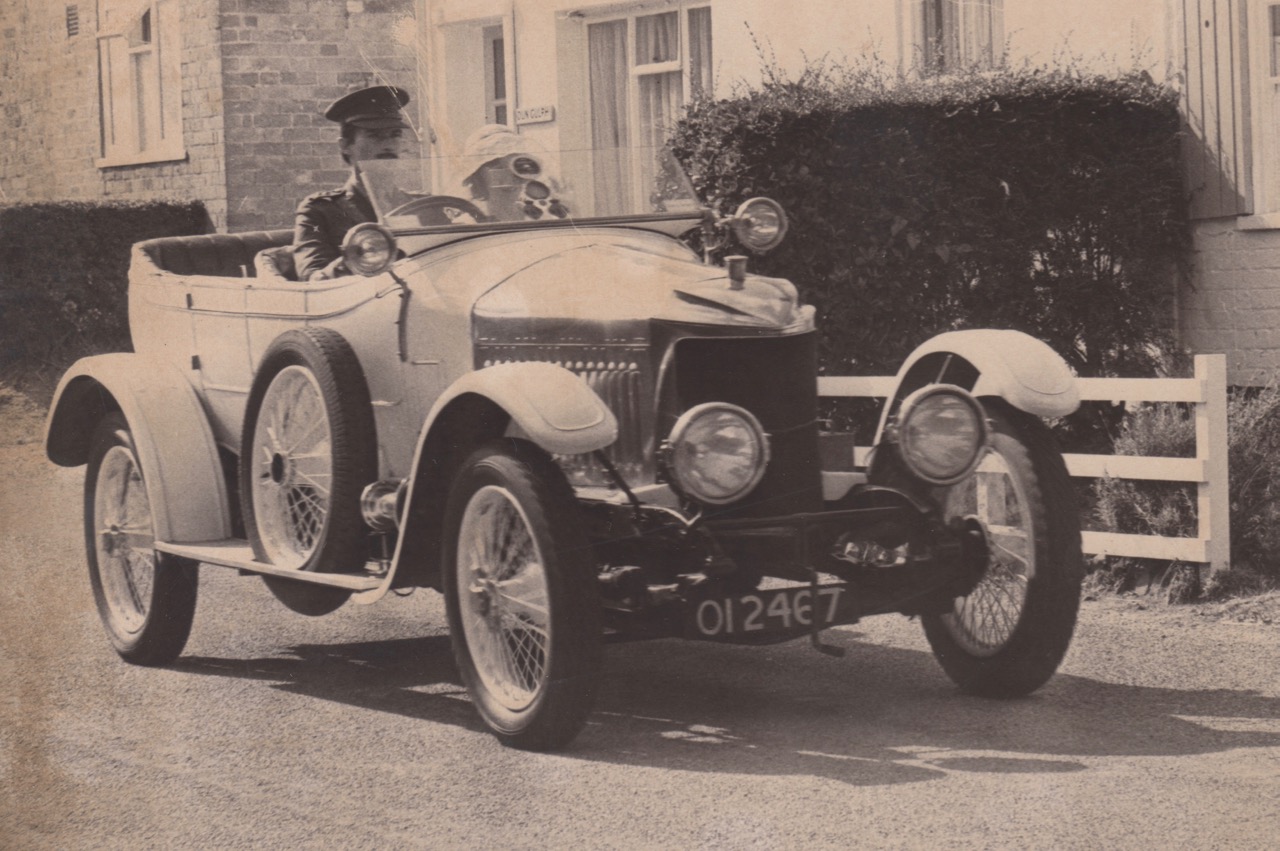 The ‘Prince Henry’ on the road somewhere in France | Bonhams photos

What is purported to be the world’s first sports car — the 1914 Vauxhall 24hp “Prince Henry” Sports Torpedo — will be offered for sale for the first time at Bonhams’ Bond Street auction, scheduled for December 4 in London.

Also on the docket for the auction will be a 1957 Mercedes-Benz 300 SL roadster, a two-owner 1963 Aston Martin DB5 and an all-original 1968 Maserati Mistral Spyder.

Bonhams reports that “many of the world’s motoring historians have acclaimed the ‘Prince Henry’ Vauxhall as the very first sports car.”

The car was designed by Vauxhall engineer Laurence Pomeroy and named in honor of Pomeroy’s success driving a 20-hp A-type Vauxhall in the 1910 Tour of Prussia, which was hosted by Prince Henry of Prussia. The “Prince Henry” was unveiled at the 1912 Olympic Exhibition and only a few examples still exist, the auction house said. Especially rare, it said, is the 25-horsepower version.

The car features a high waistline on narrow torpedo-style coachwork with a raked windscreen, and it has had only four owners since new.

The original owner was T.W. Badgery, who had the aluminum bodywork done by Messrs Hoskison Ltd., of Aston Cross Birmingham and had the car converted to run on 5.25 x 22-inch wheels. Between 1914 and 1931, he drove the car 140,000 miles, reportedly using “Castor Oil second pressings” from his own leather tanning company.

According to Bonhams, Nick Ridley, president of the Veteran Car Club of Great Britain, obtained the car after Pomeroy’s death and drove it until 1970, when it was purchased by Reg Long, another Veteran Car Club president.

The late Long owned and drove the car for 46 years, showed it at the opening of the National Motor Museum at Beaulieu in 1972 and arranged for the car to be featured in a 1973 film, An Aspidistra in Babylon.

Other star cars for the sale include a 1957 300 SL roadster ($1.25 million to $1.5 million) originally sold to an owner in Indiana and that, five owners later, still retains many of its original features, including English instruments, sealed-beam headlamps, “Made in Western Germany” Plaques, Becker Mexico radio and 3:89 rear axle. The car went back to Europe in 1997 where the engine was rebuilt and the interior was redone.

Valued at $710,000 to $760,000, the ’63 Aston Martin DB5 4.2-liter sports saloon is the eighth such vehicle sold and has a 4.0-liter engine with three SU carburetors and four-speed/overdrive gearbox. The car originally was sold to an Australian owner, who kept it until 1994. The second owner did a complete restoration that included boosting the engine to 4.2 liters and making various body repairs.

The ’68 Maserati Mistral 4000 Spyder was displayed at the Naples Motor Show before being shipped to South Africa, where it had the same owner until that person’s death in 2010. Since then, the car has had two subsequent owners. Bonhams has set a pre-sale value of $650,000 to $725,000.