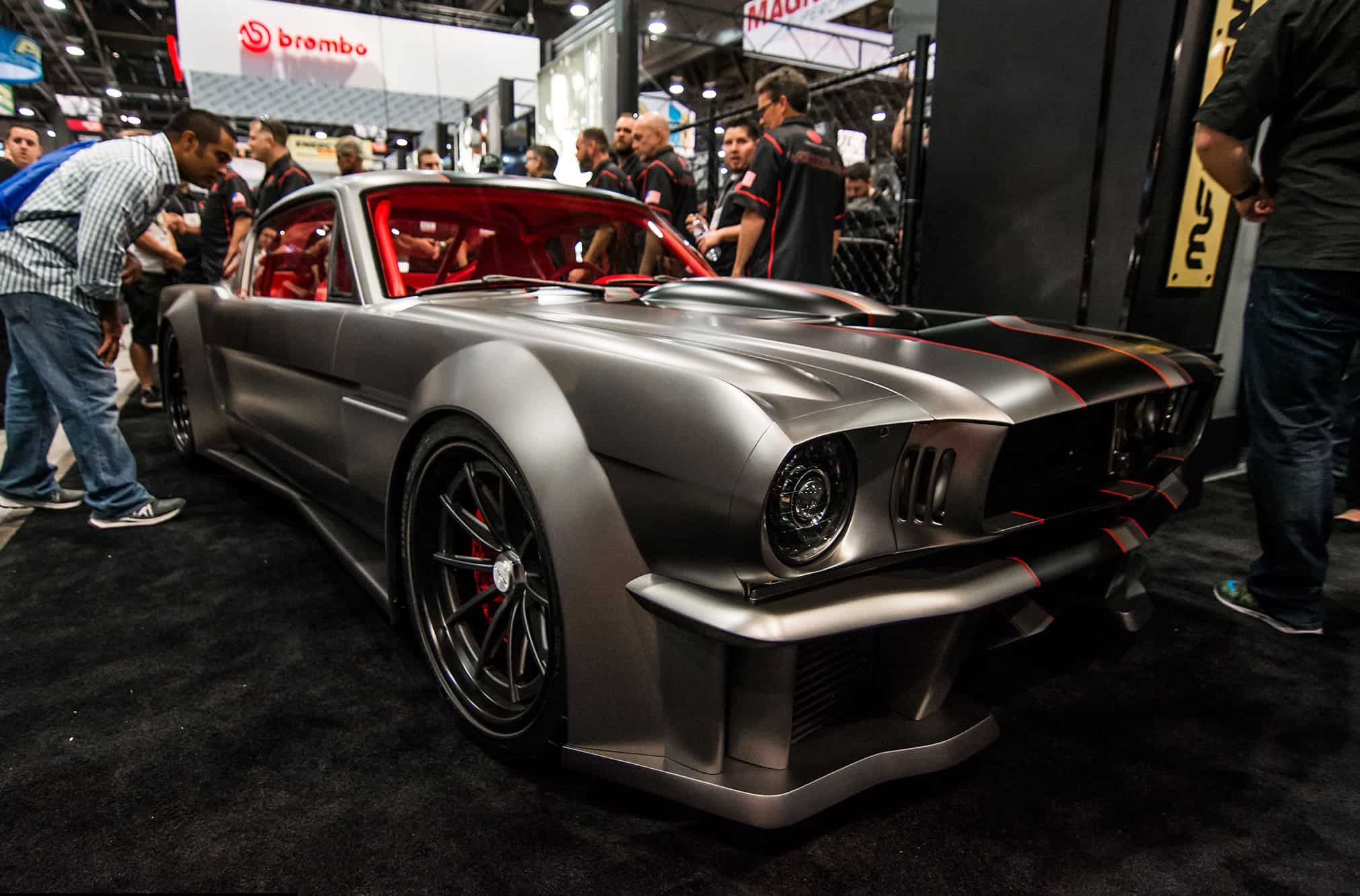 Ken Block brought his Version Two Hoonicorn Mustang, but this year we also are seeing several cars of a similar caliber, such as this 1965 Mustang from Timeless Kustoms.

Engine bay of the 1965 Ford Mustang

The 5.0-liter Coyote has been fitted with a Magnacharger supercharger and a pair of Precision turbos. The Supercharger is easily seen while the turbos are more subtle and the air-to-air intercoolers are tucked away and mostly out of sight as well.

MoTeC ECU controls the car’s boost and fuel while power is applied via a Centerforce Clutch and EMCO Gear’s sequential racing transmission controlled with a set of paddle shifters that have been mounted behind the steering wheel.

Other unique components include the use of Dynacorn sheetmetal to convert the coupe to a fastback, bright red interior, and the car sits atop an Art Morrison chassis that uses C7 Corvette-based suspension.