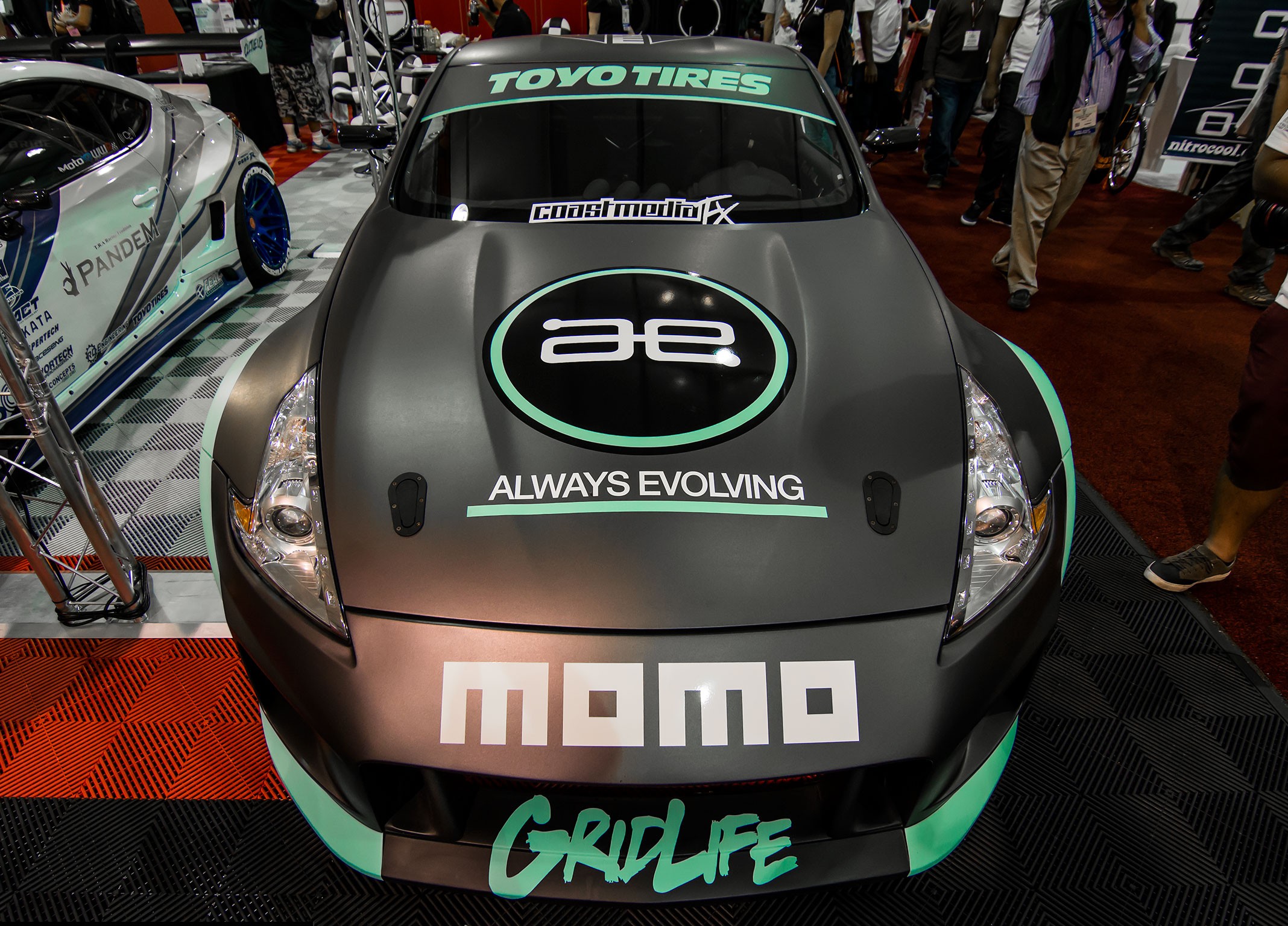 “The car and I have been together for eight years, it’s been a really good relationship so I thought I’d give her some Tiffany,” Jon Sackett said of his 370Z and the color combination that coincides with his recent partnership with Always Evolving.

The car is named Get Lucky 370Z

Sackett purchased the car in 2009 with a vision to race in various events. He also wanted to mod the Z and told Classic Car News that, initially, there wasn’t  a lot of aftermarket support or modification options. This led to Sackett doing his own custom fabrication to create his one-off body kit and many of the other modifications seen throughout the car, such as the rear diffuser, done with support from friends includingFormula Drift Pro2 driver Bear Rzesnowiecky.

All of the modifications have been geared toward racing with performance in mind, developed to accommodate cooling components and to be lightweight. Other highlights of the build include many Momo racing products. such as the Daytona XL seats and Momo steering wheel with quick release. in addition to a Stop Tech Trophy big-brake kit and Toyo R888 tires.

Plans for the Get Lucky Z include either a twin-turbo set up or a V8 swap and  suspension upgrades.