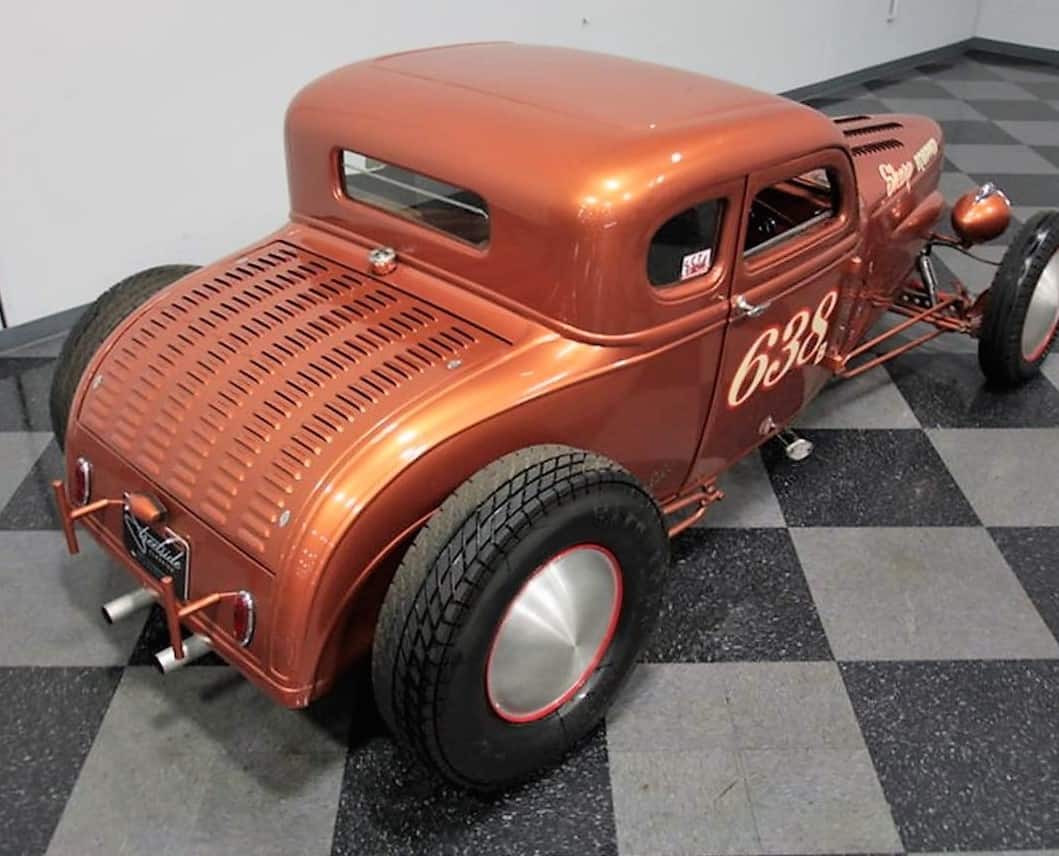 The Bonneville Salt Flats is the coolest place on earth during Speed Week, when a marvelous assortment of racers vie to beat records in what seems like an endless variety of classes. One of the most fascinating facets of this top-speed motorsport is that so many of the teams celebrate vintage forms of hot rodding, from belly tanks to roadsters, that sprang up shortly after World War II.

The Pick of the Day is a street rod built to emulate the streamlining efforts from those early days, a custom 1930 Ford five-window coupe designed to cut through the air with a minimum of effort at a maximum velocity. As it is, the rod is more about dramatic flair than for racing at Bonneville, although one most certainly could run it on the salt.

“Built as a tribute to old-school Bonneville Salt Flats racers, this very cool 1930 Ford 5-window coupe should create a stir everywhere you go,” says the Lithia Springs, Georgia, dealer advertising this unusual custom on ClassicCars.com. “Still plenty fast, but with a few creature comforts that make it a bit more usable than its racing-oriented siblings, it’s an awesome way to get the look without having to endure the blood, sweat and tears that come with the territory.

“To be honest, there’s not much 1930 Ford left here, but that’s why it’s so cool. The raked-back windshield and pointed nose are obviously designed to cheat the wind during high-speed record attempts, and around town they help this coupe’s performance in a big way.

“The hood itself was fabricated from a pair of 1940 Ford hoods that wrap seamlessly into the nose. This car is all about form following function, so there are louvers punched in the hood to let heat and air out, and the sides of the nose were subtly reshaped to allow room for the V8 engine underneath. It’s bathed in copper metallic paint that has an old-school look, especially with the vintage-style lettering on the hood and doors, including class letters.”

Those full-coverage spun-aluminum wheel covers, a Bonneville staple also designed to cheat the wind, serve as suitable exclamation points for this theatrical build.

The car is powered by a vintage Ford flathead V8 dressed up with period finned speed parts and topped with a Holley four-barrel carburetor. Which might lead to the question: With that pointy shroud of a front end, how does the engine get cooled? The solution is ingenious.

There are actually two radiators, one in front as you would expect, with an electric cooling fan, and a larger one in back filling the trunk under a thoroughly louvered lid. That’s the larger of the two radiators, also cooled with an electric fan, with the coolant fed to the engine through the frame rails. The trunk-lid louvres let out the heat. According to the dealer, the system works well and keeps the car from running hot.

The interior carries over the unadorned vintage-racer style.

“The interior is Spartan, but not race car bare, although there are plenty of old school race car touches to be found,” the listing says. “The seats themselves are cool aluminum pieces clearly designed to look like surplus aircraft parts, and the tan-vinyl cushions are comfortable enough to make this a reasonable cruiser for regular use.

“The three-spoke (steering) wheel is an old-style dirt-track unit with a leather wrapper, and the dash is full of modern interpretations of vintage-looking gauges. A long shifter handle sticking out of the floor, a center ‘console’ made out of an ammunition box, and bare-aluminum door and side panels … make this feel like an early post-war flats racer, which was entirely the point.”

This fanciful street rod is priced at $39,995, and should be the star of any local car show or cruise in. A unique build that should as much fun to drive as it is to look at.