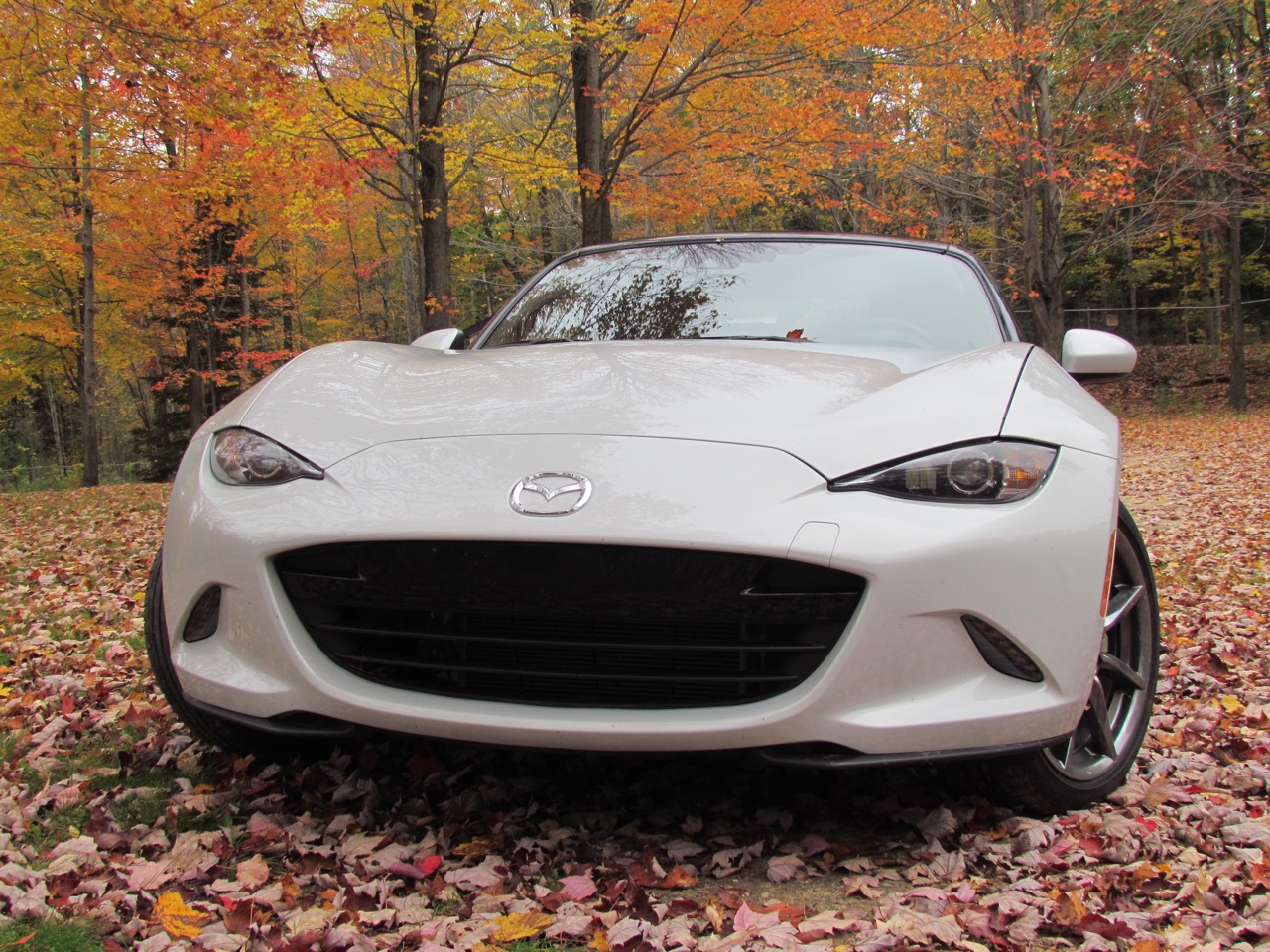 This was my second experience with the newest-generation Mazda Miata, the 2016 MX-5 Grand Touring version. Earlier this year, I drove one from Phoenix to Las Vegas and back, exploring the spectacular scenery along the Lake Mead National Recreation Area’s Northshore Drive and within the Valley of Fire State Park.

This time, I borrowed another Miata for a week amid Michigan’s autumn leaves. October is the month I miss most since moving from Michigan to Phoenix. October in Michigan is full of sunny days, crispy cool nights and awesome colors.

Speaking of those crispy cool nights, the mornings also are pretty chilly and for one of the few times in my life I used and enjoyed a car’s seat heaters because, hey, if you’re driving a sports car with a convertible top, you want that top down as much as possible.

I didn’t put it to the test this trip, but it was while driving a Miata back in the 1990s that I discovered that as long as you maintained a speed in excess of 50 miles per hour, you could drive in the rain and stay dry; the car’s aerodynamics whiz the water right past the passenger compartment.

And in a Miata, you simply pull over beneath the overpass just before your interstate exit, reach back and one-hand the top up and lock it into place.

You still can one-hand the new-generation Miata top, though now it forms its own tonneau when down. The top also better insulates the passenger compartment when it’s up.

The 2.0-liter four-cylinder engine provides only 155 horsepower and just 148 pound-feet of torque, but you get to make the most of that power via a six-speed manual gearbox, and the car weighs only 2,332 pounds, so even with two people aboard, the engine is more than sufficient.

And while the EPA says to expect an average of 30 miles per gallon, I averaged better than 40 out west and nearly 36 in the Midwest, and certainly was not babying the far-right pedal.

One of the things I liked so much about the early Miatas was their Spartan accoutrements, how they were like the classic British roadsters except for a lack of leaks and electrical systems that didn’t leave you in the dark.

Nowadays, even Miatas come with nanny technology, but at least you can flip a switch and shut off Lane Departure Warning System, leaving you free ignore the idiot light on the dash while you explore apexes without an annoying beep. Hey, I’m in a car with no back seat driver, so why do I want the built-in mother-in-law beeping at me when I cross a white line without indicating so with my turn signal?

I do have a couple of nits to pick:

I found the Multi-Function Commander Control on the center console to be both awkwardly placed and a pain in the neck to manipulate. If you’re on the nav screen, you have to push the radio button and then turn the controller various ways just to find a different station. Mazda’s new system may be the worst since BMW’s original iDrive nonsense. Just give me old-fashioned buttons and knobs. I’m not playing video games here; I’m driving a car, and a sports car at that.

I also think that with a trunk as small as the Miata’s, the Grand Touring version should come with a rear deck-mounted luggage rack in case you’d like to do a weekend getaway, let alone a week-long vacation drive, with another person involved.

Nonetheless, the Miata remains a hoot-and-a-half to drive. It’s fast enough without having to worry about too many speeding tickets. It co-kart tossable in the corners.

Even the GT version with heated leather seats, Bose audio, blind-spot mirrors, Rear Cross Traffic Alert (yet no rear view camera?) barely slips beyond the $30,000 price point. This little sports car is still one of the best and most-fun deals on wheels.