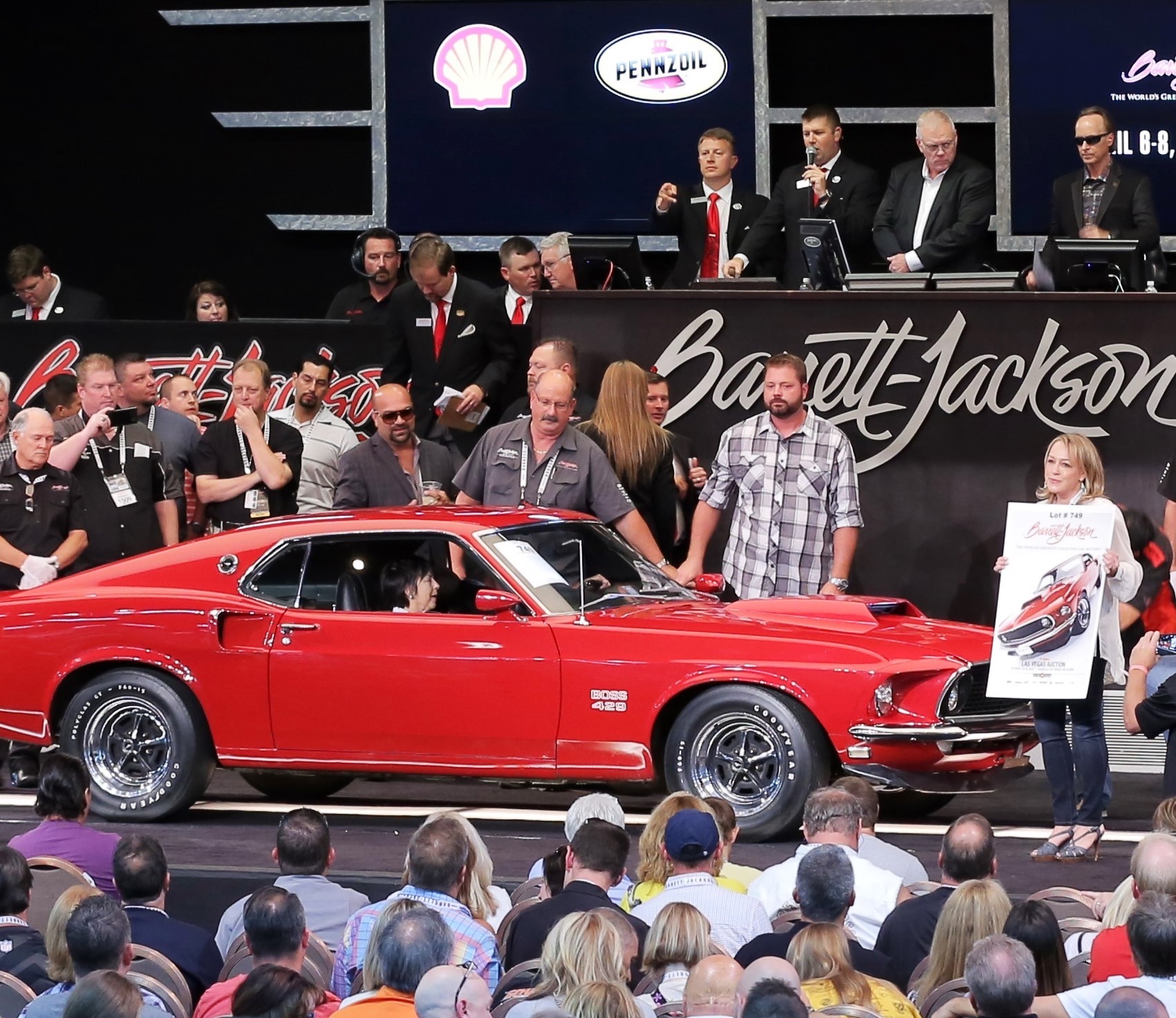 Barrett-Jackson capped off its auction year with a strong sale this past weekend in Las Vegas. Sales totaled $32.5 million, including automobilia sales of $770,000 and $850,000 raised in charity sales. The sell-through rate was 99.2 percent in the overwhelmingly no-reserve auction format, with about 750 collector vehicles offered. Results include auction fees except for charity sales.

The totals for the glitzy Vegas sale were substantially up compared to year-ago figures, when sales were $27 million with $720,000 attributed to automobilia sales and $750,000 going to charity. There were about 50 more cars going over the block this year as Barrett-Jackson expanded its footprint at the Mandalay Bay Resort due to new construction.

“This Las Vegas auction proved that Barrett-Jackson continues to set the bar for sales, attendance and broadcast coverage among collector car auctions,” Craig Jackson, chairman and chief executive of Barrett-Jackson, said in the release.

“We experienced extraordinary television coverage with 24 hours being broadcast in the U.S. on Discovery and Velocity, as well 24 hours in Canada and 20 hours in the United Kingdom. We’re proud to fuel the collector car hobby by bringing our live auctions into the living rooms of fans around the world.”

The Las Vegas auction featured the sale of the Tammy Allen Collection of more than 80 cars, many of them bought at past Barrett-Jackson auctions, pus automobilia that resulted in $3.8 million in sales.

Among the auction records set during the auction was the highest result ever for an AMC Pacer. Not just any Pacer but the famed Mirth Mobile that appeared in the comedy classic film Wayne’s World. Restored to its movie specs, the Pacer sold for $37,400.

The top sales for Barrett-Jackson’s were:

Barrett-Jackson’s next sale is the 46th annual Barrett-Jackson Scottsdale Auction on January 14-22, 2017, at WestWorld of Scottsdale. For information, visit the auction website.