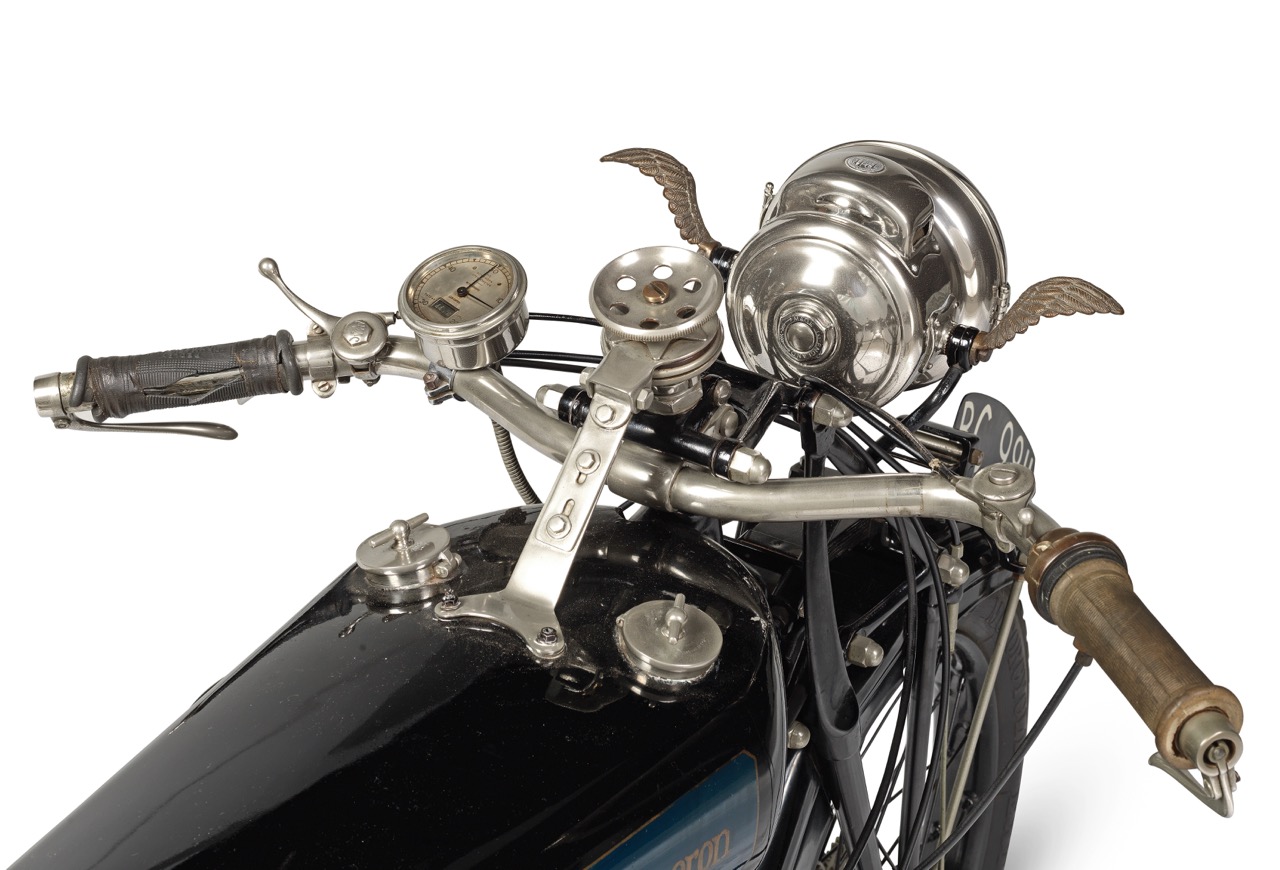 Three motorcycles — a 1924 Croft-Cameron 996cc Super Eight, a 1948 Vincent-HRD 998 Black Shadow Series and a 1937 Brough Superior with sidecar combination – each sold for six figures over the weekend at Bonhams’ Autumn Stafford sale. The fall version of the twice-a-year auction of vintage motorcycles generated $1.91 million in sales.

“The Bonhams Stafford Sale continues to act as the international barometer for collectors’ motorcycle sales,” James Stensel, head of Bonhams motorcycle department, said in a news release. “The strong results at Stafford, including an industry leading percentage sale rate, were a welcome indication of the strength of the market.”

The auction wrapped up with a 94 percent sell-through rate.

The top-selling Super Eight is an extremely rare survivor of the short-lived and Coventry-based Croft-Cameron company. The Black Shadow sold for double its pre-auction estimated value.

Another Vincent, a 1946 998cc Rapide Series-B, sold for $84,065; it was the third-oldest complete and original post-war Vincent in existence, Bonhams said.

“UK bidding was competitive from both the trade and private collectors,” said Malcolm Barber, Bonhams co-chairman and auctioneer at the sale, who added that the auction involved “the pound taking on strong European and indeed international currencies.”

Bonhams will offer motorcycles at its December 7-8 sale in the Olympia exhibition center at London and then stages its huge Las Vegas Motorcycle Auction on January 26 at the Rio Hotel & Casino in Nevada.