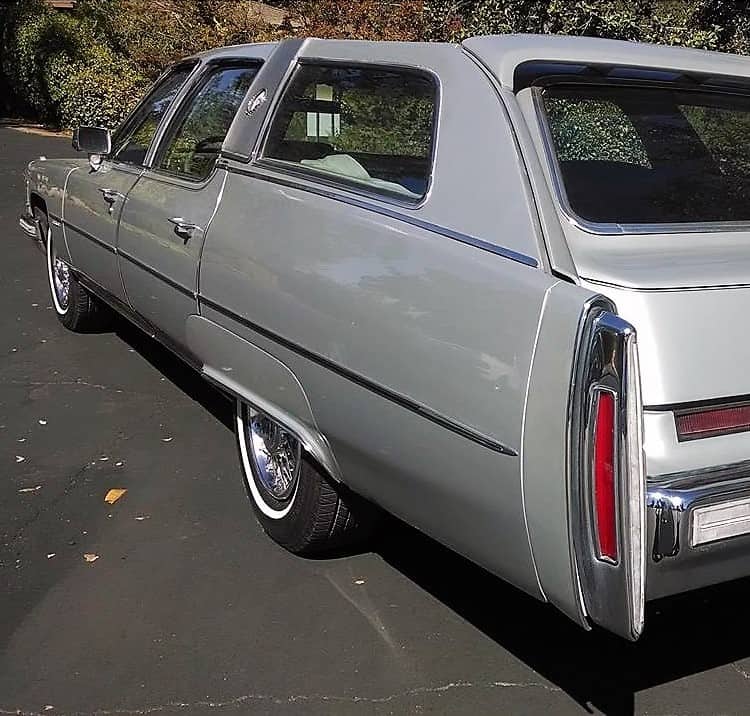 Before the CTS Sport Wagon, Cadillac station wagons were a rare breed, unless you count the classic ambulances that brought you to the hospital or, alternatively, the hearses that shuffled off your mortal coil.

But regular family-style station wagons, not so much. Which is why the Pick of the Day, a 1976 Cadillac Castilian station wagon, seems like such an oddity from the disco days. But you’d hardly choose this ostentatious Caddy wagon for schlepping the kids off to soccer practice, unless maybe you were Tony Soprano.

This was the “Wagon of the Stars,” according to the Auburn, California, dealer advertising the Cadillac on ClassicCars.com. The ad notes such celebrity past owners of Castilians as “Jackson Five, Evel Knievel, Sammy Davis Jr., etc.,” although there is no corroborating evidence that Cadillac Castilians were driven by such folk. But sure, why not.

A Google search of the Castilian brought up scant production information or ownership histories. What the search did show was that a small number of these custom wagons were built in 1975 and ’76 by the erstwhile Traditional Coach Works of Chatsworth, Califronia, using the massive Fleetwood sedan as the basis. The Castilian is said to be 234 inches long, as was the Fleetwood, weighs more than 5,300 pounds and uses the gigantic 500 cid Cadillac V8 for power.

The main conversion portion was the station-wagon rear with a liftback tailgate and folding rear seat to maximize cargo space. There is, however, no third passenger seat. The Castilian was said to cost $30,000 when new, which equates to more than $125,000 today.

The silver-and-gray Caddy is fully loaded with luxury features, the dealer says, and “drives like a new car” with less than 70,000 miles on the odometer. No mention of fuel mileage.

The price tag is $19,950, which would get you a unique (and huge) ride that is pretty certain to be the only one around, and sure to be a major hit at Cadillac club gatherings.