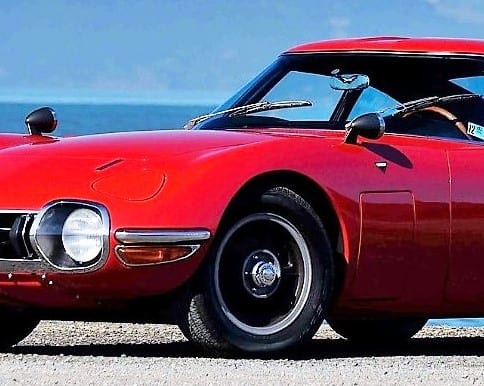 The Hagerty collector car insurance and valuation company recently released the 31st edition of its closely watched Hagerty Price Guide after a period of ups and downs and mood swings in the classic car market.

Among the results were a number of high-profile cars that have depreciated after several years of climbing in value. Among them, such modern supercars as the Ford GT and the Porsche Carrera GT, as well as vintage favorites such as the Toyota 2000GT and the Ferrari Dino 246 GT. Even some so-called blue-chip collector cars, such as the Mercedes-Benz 300SL, softened slightly.

Hagerty’s latest graphic shows some of the more-dramatic or meaningful valuation declines. Leading the shrinkage is a real outlier, the 1971-75 Volkswagen Thing, which is suffering the hangover from a few extra-strong sales that substantially bumped up the little ute’s overall valuation for a short time. Subsequent sales returned the Thing to a more-normal level of value.

Hagerty points out a similar situation with the second-highest percentage of devaluation, the 1968-69 Lamborghini Islero.

“As for big drops like the VW Thing and the Lamborghini Islero, those are typically cases where a few big transactions for perfect examples prompted an increase in value but were not followed by any similar, supporting results, so values were scaled back,” Hagerty noted in an accompanying article.

“The Ford GT … is a car that has been a staple at collector car auctions, with numerous low-mileage examples selling for well beyond their original purchase price,” Hagerty said in the article. “The most recent auction transactions have weakened, however. Either the market has become saturated or buyers are realizing that the Ford GT isn’t all that rare (4,000 built) and that low-mileage examples aren’t all that unusual.”

The 2000GT is noted as exemplifying vintage cars that climbed precipitously in value during the past few years but now are settling back.

“The Toyota 2000GT… arguably signaled Japanese cars’ acceptance as serious collector cars back in 2013 and 2014 when two examples sold for over $1 million,” Hagerty noted. “That prompted other big transactions for the model. But recently the 2000GT market has cooled and sales have been far off from seven figures. For example, the exact same car that sold in 2014 for $1,045,000 sold for just $533,500 at Gooding’s Pebble Beach sale a few weeks ago.”

Sporty European exotics such as Lamborghini Espada, Aston Martin DB5 and Ferrari F50 are other examples of cars that shot up in value but are coming in for soft landings.

“The biggest drops in value are previously hot cars that are starting to settle down,” Hagerty said.