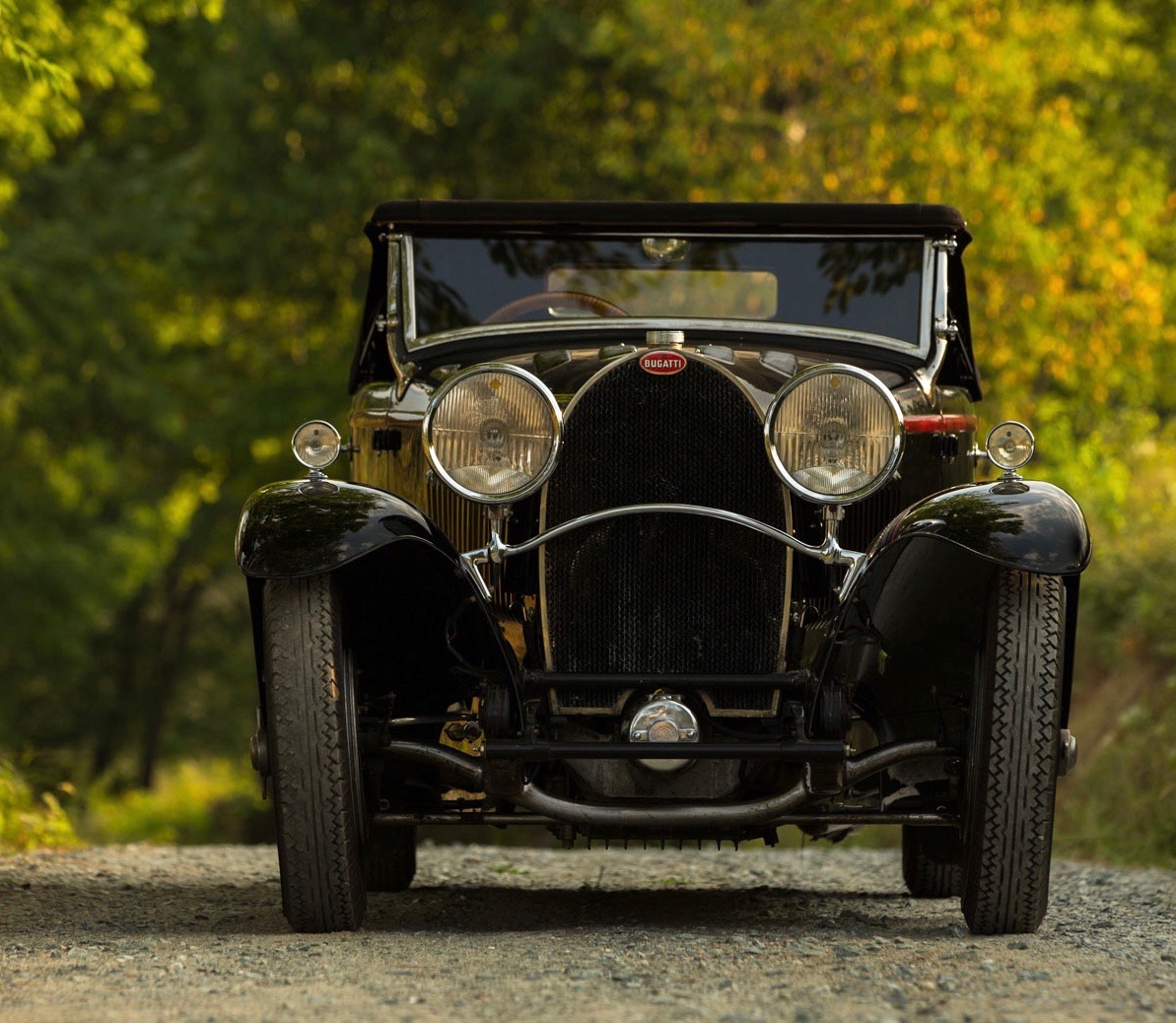 Rocky Mountain peaks and golden-leafed aspens — it only seems fitting — will provide backdrop for the first classic car auction in Aspen/Snowmass, Colorado, and Bradley Farrell, founder of The Finest Automobile Auctions, thinks he’s assembled a sales docket that fits the local environment.

“For the demographic here, while it’s a very wealthy community and could afford multi-million-dollar cars, it’s not the right thing to do for your first auction here, for the first auction ever here,” Farrell said of the sale taking place Saturday.

“Those are the cars that I think are going to speak to the community here, and I see them driving around anyway,” he added.

In addition to those core collector cars, The Finest will offer some “exceptionally unique cars, too,” Farrell said, pointing out a 1954 Lloyd LP400 and a camouflage-painted 1943 Volkswagen Type 166 Shwimmwagen as just a couple examples of unusual but “not sticker-shock cars.”

The Bugatti is consigned by Gene Cesari, whom Farrell terms “the American Bugatti godfather. He was responsible for importing a lot of them in the ’50s and ’60s and ’70s to the United States. There’s a book written about him.”

“For him to trust The Finest to represent his car as best we can” is quite an honor, Farrell said.

“He sold Bugattis his whole career but has never sold a car at auction, and he chose us.”

But The Finest not only wants to represent the car as best it can but also as transparently as possible.

“It’s not the original body,” Farrell said. “It’s not even the second body. It’s the third body, but the second body comes with the car, and it’s a pretty coupe. If it were me, I’d put that body back on it. It was done in the late ‘30s or ‘40s.”

Bugatti introduced its Type 49 in 1930. The car being offered is chassis No. 49369 and was produced in August 1931 with engine No. 263. Ganglof fitted the original coachwork and the car was delivered to Nice, France. At some point before the war, the original engine was replaced with a factory spare, No. 217, which had not been in any other car, The Finest catalog notes. That second engine remains in the car.

The car was garaged in Paris during the war. Sometime after 1955, the original Ganglof body was replaced by a coupe design, with sweeping fenders and dual rear-mounted spare wheels, by P. Marsaud et Cie. The car was sold to Steve Juillerat of New York, who imported the car to the U.S.

Cesari has owned the car since 1980 and commissioned roadster coachwork in the style of Murphy designs of the 1930s while preserving the coupe body. Cesari completed a restoration of the car in 2014.

Farrell noted that while Aspen/Snowmass has not been known as a car-centric community, “the roads here are some of the best to drive and that’s why the Colorado Grand is here.”

The Colorado Grand is one of the nation’s best-respected classic sports car rallies, and the 28th annual event arrives in Aspen on the eve of the auction. “A number of our consignors are on the Grand,” Farrell said.

“They just finished the jazz festival here,” Farrell said. “The wine festival will be right across the street (from the auction) and the balloon festival is taking place. They’re expecting 8,000 people to come through.”

From the perspective of a fledgling collector car auction, “I feel like Aspen has the potential to be the next big thing,” Farrell said.