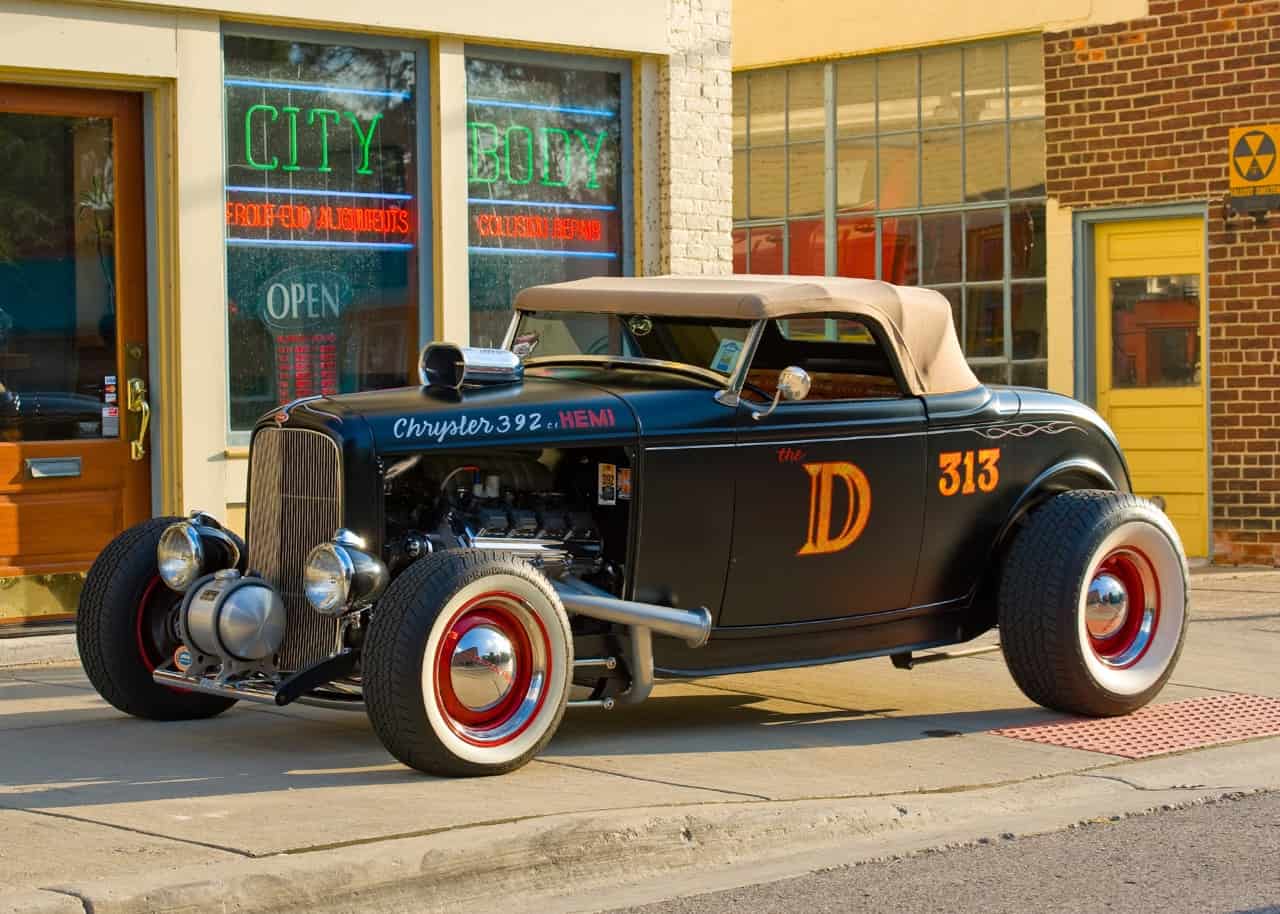 Even though he was skeptical when the invitation was extended, and even though he knows it will take two or three years for a new event to grow to critical mass, Leake Auction Company president Richard Sevenoaks is eager to catch the wave of the Detroit renaissance with Leake’s inaugural sale September 8-9 at the MotorCity casino hotel near downtown Motown.

“Detroit has been a surprise to us,” Leake said in an interview with Classic Car News. “When we got the call from the Motor City casino about a year ago, they said that Mr. Illich wanted to have a car auction to continue the renaissance in the Detroit area.”

Mike Illich is one of Detroit’s movers and shakers. He launched the Little Caesars Pizza chain and owns the Detroit Lions and Tigers (he is a former minor league baseball player), as well as the iconic Fox Theater. His wife, Marian, controls the Motor City casino hotel, which has a facade styled by custom car designer Chip Foose.

Sevenoaks wasn’t sure about taking his Oklahoma-based collector car auction crew quite so far afield, but knew that, “everyone’s looking for new markets,” and since Leake consignment director Andy Stone already was in Ohio looking at cars, Sevenoaks asked him to stop by Detroit on his way home.

“He went up and got very impressed,” Sevenoaks said. “So I went up there. What a surprise Detroit is! Downtown they have three new stadiums, plus the opera and concerts. And Quicken Loans has done a remodel (a major portion of downtown) and the General Motors building is right there. It’s pretty remarkable.”

Sevenoaks talked about visiting the new M1 Concourse, an 87-acre automotive playground with a 1.5-mile performance track, car condos and motorsports club along famed Woodward Avenue on the former site of a GM assembly plant north of Detroit near Pontiac.

“We drove down Woodward Avenue all the way to downtown Detroit,” Sevenoaks recalled, noting that there are a series of upscale suburbs and then, once you reach the Wayne State University campus, “all the way from there to downtown is a renaissance.”

Sevenoaks and his team were back recently for the Woodward Dream Cruise, and everyone from Roger Penske to Ken Lingenfelter and even some non-car guy business owners expressed their support of the auction coming to town.

“We’re very excited about Detroit,” Sevenoaks said. “It’s our first-year in the market and we’ll have to throw some stuff at the wall and see what sticks. But we’re hoping Detroit will stick.”

Sevenoaks said he expected the docket might be heavy with prewar Detroit cars, but it turns out that consignors are bringing primarily post-war American cars, with some of those prewar classics, a few Ferraris and several re-creations or tribute vehicles, he said.

Not only is the Leake team traveling away from home territory for this sale, but so are some consignors.

“Six cars are coming from (a classic car dealership in) Miami, Florida,” Sevenoaks said, “just to see (what the) market (may be).”

Among some of the other featured vehicles in the sale are a 1956 Oldsmobile 98 Starfire convertible, a 1949 Chrysler Town and Country woodie convertible, a 1970 Ford Torino King Cobra, a 1970 Dodge Challenger 440 convertible, a 1969 Jaguar E-type Series II roadster and a 2005 Ferrari F430, several of them consigned by Detroit-area and major Midwestern collectors.

The complete docket and other details are available at the Leake website.