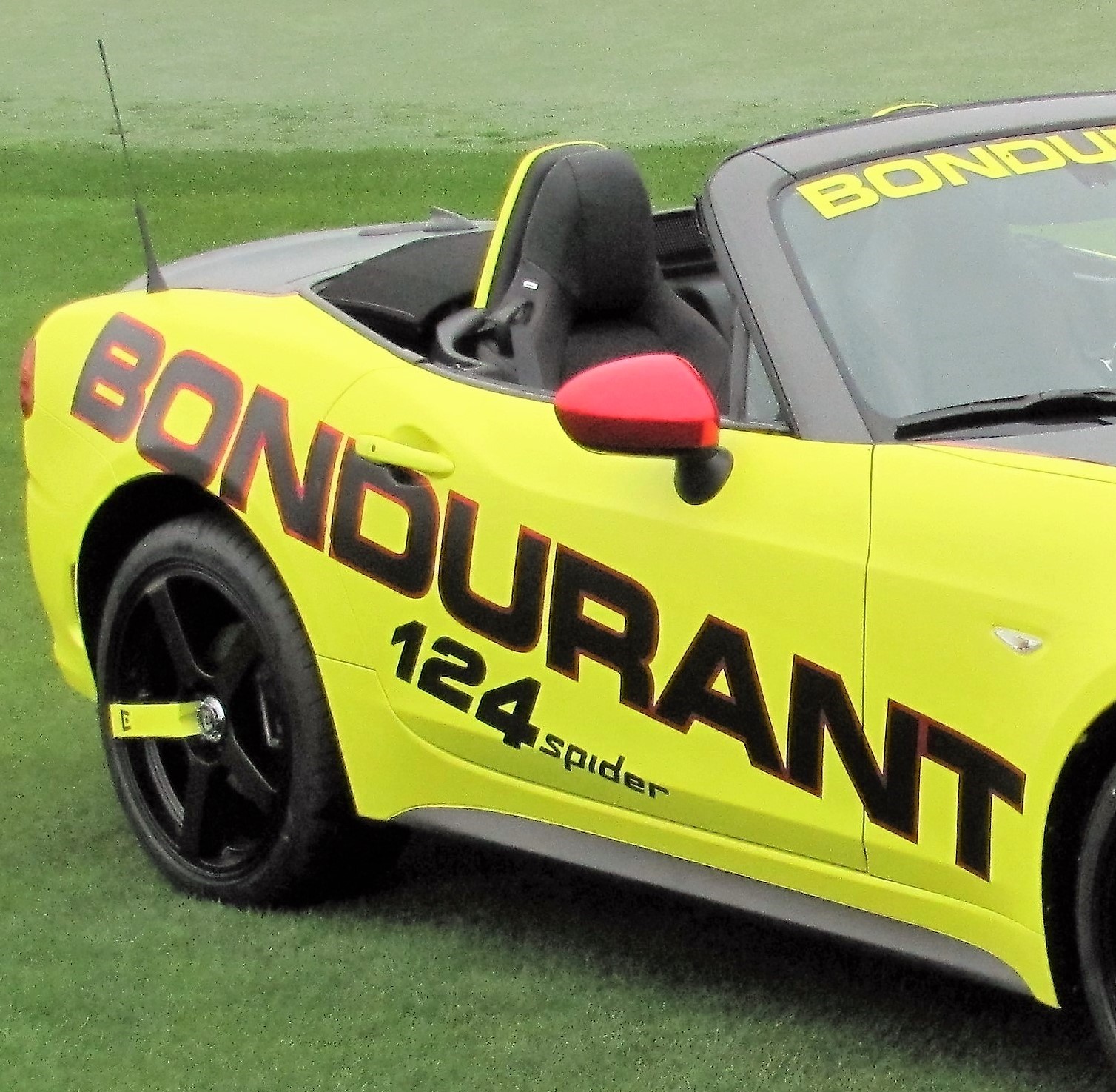 Autocross instruction will be offered at the Bondurant School of High Performance Driving in Chandler, Arizona, using 2017 Fiat 124 Spider sports cars and 500 Abarth coupes made available through the school’s partnership with Fiat Chrysler Automobiles.

The program was announced recently during Concorso Italiano in Seaside, California, the perfect place to show off Fiat’s reborn 124 – the original Fiat 124 roadster was celebrating its 50th anniversary at Concorso – as well as introduce the Italian-style performance at Bondurant.

Champion racer and longtime driving-school owner Bob Bondurant, along with his wife, Pat, and son, Jason, were at the presentation for automotive journalists at the start of Concorso, a sweeping showcase of Italian cars and culture held during Monterey Car Week.

“We’ve had a lot of requests for autocross from our students, but we never had the right car to do it,” Pat Bondurant said. “We have an eight-acre (skid) pad to teach them autocross, and now we have the right cars.”

The school also announced that anyone buying any new Fiat will be treated to a free, one-day introductory course at Bondurant, with a second-day of instruction at half-price.

Autocross, in which racers compete for the best times on tight courses marked out by colorful cones, is one of the most popular forms of amateur motorsport. Affordable and accessible, it typically involves the kind of sharp agility best performed by smaller cars.

So along with the exotic Dodge Vipers and 707-horsepower Dodge Hellcats now rushing around the Bondurant tracks, purpose-built for teaching the skills of road racing, the Fiat 124 sports cars and diminutive 500s will be available for learning the tricks of running the cone-lined autocross track.

While the 124 Spider is a derivation of the Mazda MX-5 Miata, it has been tweaked, tuned and restyled to make it Fiat’s own product. Power comes from a 160- or 164-horsepower turbocharged inline-4, and there is an Abarth version that adds enhanced handling performance.

The Abarth-tuned 500 transforms the little runabout into a decent sporting machine, which should perform well in quick autocross moves.