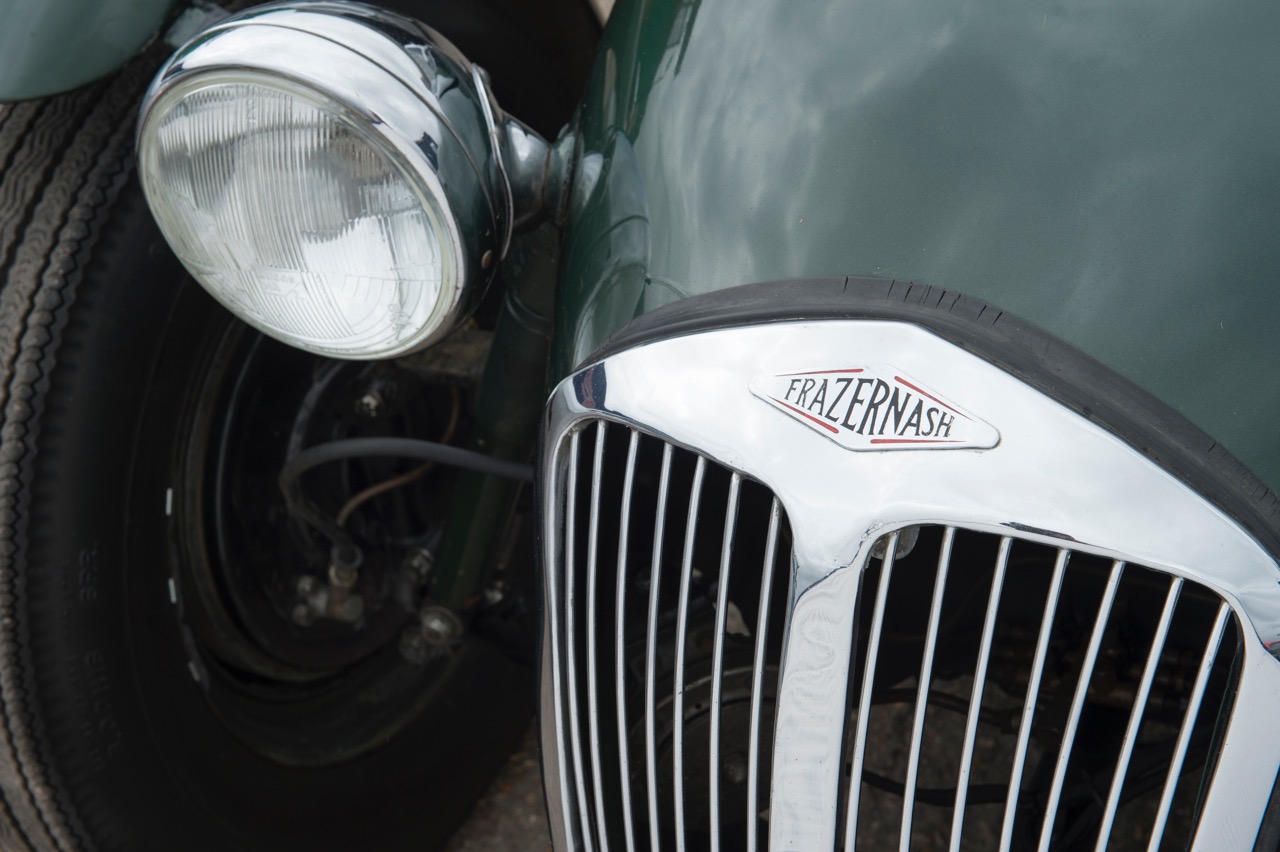 In 1949, a Frazer-Nash finished third in the 24 Hours of Le Mans, prompting the car company to produce some 50 Frazer-Nash Le Mans Replica for the road and, well, for the race track as well, as it turned out.

One of those cars, a 1951 model formerly owned and raced by Britain’s Roy Salvadori, will be offered for sale September 10 at Bonhams’ Goodwood Revival auction at the Goodwood racing circuit in Chichester, West Sussex, England.

“I decided I really needed a car I could use on the road, and that’s why I bought the Le Mans Rep,” the late Salvadori once explained of the car based on the famed endurance racer.

“It was a super car to drive. I adored driving it. Unfortunately, I nearly wrote myself off in it at Silverstone…”

Salvadori debuted his car at Silverstone in the 1951 BRDC International Trophy Meeting races.

As Bonhams put it in its news release, “It was the race that would forever haunt him due to a crash that very nearly ended his fledgling racing career.”

By the way, that racing career was brilliant. In 1959, Salvadori and Carroll Shelby won the 24 Hours of Le Mans driving an Aston Martin.

But back in 1951 at Silverstone, “I was leading, a big thing for me then, ahead of Bob Gerard, Tony Crook and the other Frazer-Nashes,” the late Salvadori recalled in an interview with Motorsport magazine in 2008.

“So I was feeling pretty good about life” until… “we came up to lap a group of slower cars which were having their own battle. I tried to overtake them all, but it couldn’t be done.”

Salvadori and his Fraser-Nash clone went wide and collided with a cement-filled oil drum before rolling several times.

“At Northampton hospital they decided they could do nothing for me, and pushed me into a corner,” Salvadori said. “They rang my parents, but told them I was unlikely to be alive by the time they got there. A priest was summoned and gave me the last rites.”

Salvadori didn’t die, though he lost all memory of the crash.

While Salvadori recovered, his car was rebuilt to the latest Le Mans replica specifications. Salvadori was back in the car October 6 of that same year, finishing third overall at Castle Combe. He also raced the car in 1952, winning the 2-liter class and finishing sixth overall at Silverstone, taking second in class behind Mike Hawthorn in the British Empire Trophy race on the Isle of Man and second to Ken Wharton’s works Mark II Le Mans car at Borham.