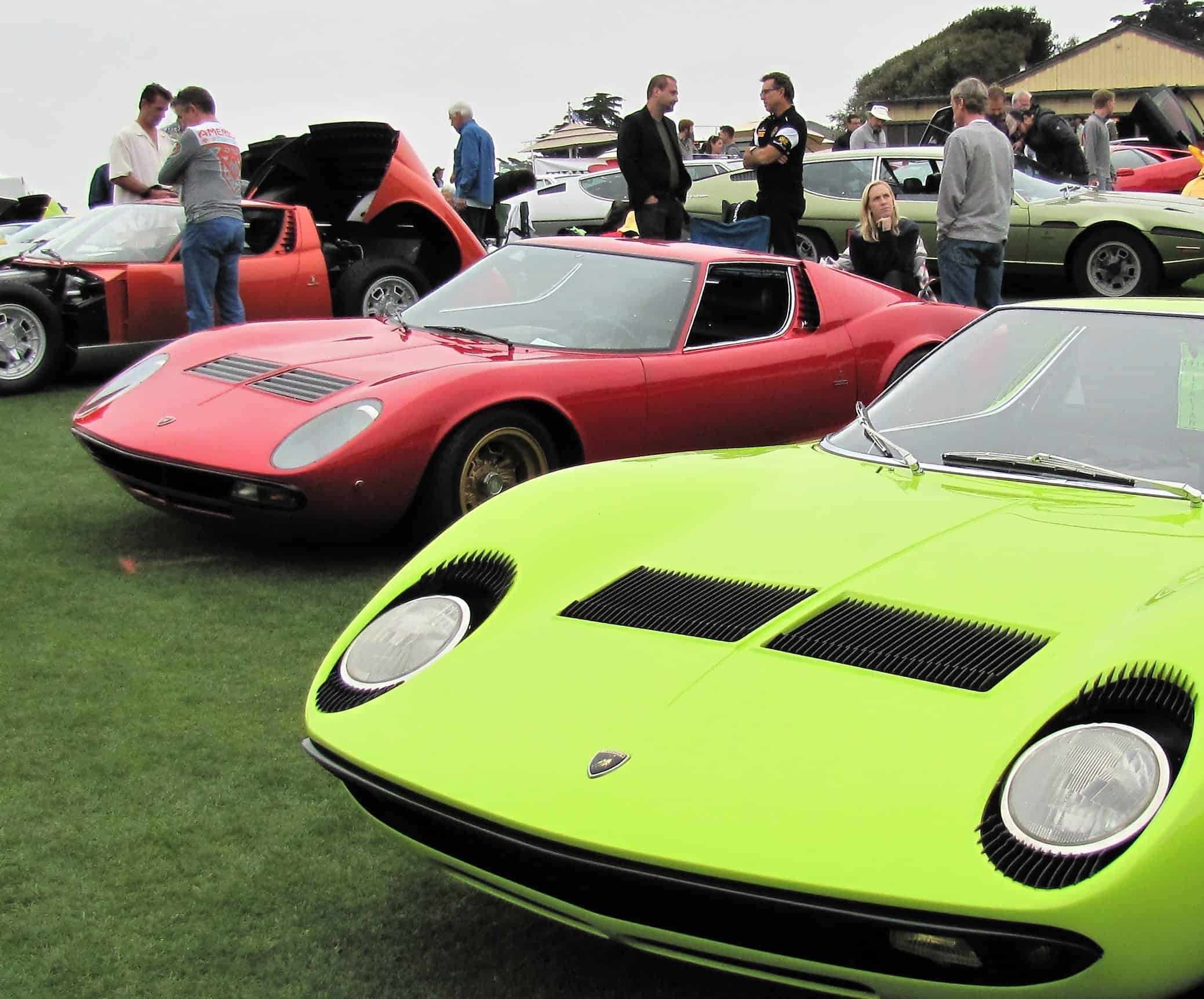 With some of the world’s greatest Italian sports cars from the past and present standing nearby, Ruben Ruiz’s minivan was a source of constant attention. Of course, this was Concorso Italiano and this was no ordinary minivan.

Ruiz was more than happy to give curious spectators tours of his 1958 Fiat Multipla 600, which he called “the most visited car in this whole place.”

The tiny Multipla was a real attention getter, which is not easy at Concorso Italiano, which mounted its annual show of great cars and Italian culture Saturday at the Black Horse Golf Course in Seaside, California. Although Italian cars are a mainstay of Monterey Car Week, Concorso is by far the largest celebration of bella macchina.

The cars of Lamborghini and Alfa Romeo were highlighted during the 2016 edition, as the groundbreaking Lamborghini Miura and the Alfa Duetto roadster mark their 50th anniversaries. Also hitting the half-century mark are the Fiat 850 and 124 Spider, plus the DeTomaso Mangusta, the Italian/American mid-engine coupe.

There were somewhere between 800 and 1,000 Italian cars, including a wealth of Ferraris, many Maseratis, lots of Lancias, and cars from lesser brands, a smattering of motorcycles and, of course, Vespa scooters.

But Ruiz’s eye-catching yellow-and-white Multipla – which he said was painted to match Jay Leno’s nearly identical Fiat – did get lots of love. Ruiz is something of a zealot, too, proclaiming to all who would listen that the Multipla was the world’s first minivan despite Chrysler’s spurious claim. He even posted a sign on the windshield saying as much.

Why the passion for the Multipla? It goes back to his days as a teenager in Michoacan, Mexico, he explained.

Another major conversation piece was the absolutely incredible American LaFrance custom car hauler with a 1962 Ferrari 250 GT 2+2 nestled in back. The truck is a masterpiece of Art Deco charm, as big and brassy as a GM Futurliner but absolutely one of a kind.

The owner, Gary Briggs, of Danville, California, said he had searched for a unique hauler to cart around vintage cars from his collection, but none of them seemed cool enough. He got together with master car builder Ben McClay of Jack Dick Customs of Martinez, California, and they designed the huge hauler from the bones of a 1971 American LaFrance fire truck.

“He built it, fabricating everything from the cab back,” Briggs said, noting that the Art Deco look of the past was “exactly what I was going for.”

The result is pure theater, and while the car hauler is not an Italian vehicle per se, its Ferrari cargo made it a perfect centerpiece for the gigantic assemblage of cars wearing the prancing horse logo.

While most of the Ferraris were fairly modern supercar examples, there were quite a few historic sports and racing cars as well. Alfas definitely ruled the hill on the rolling golf course, with hundreds of sports cars, coupes and sedans, including dozens of Duettos.

The Miura display was also impressive, with the candy-colored Lambos spread out in a special section.

For Italian car enthusiasts, it was quite a sparkling collection with lots to see and covet. The best of show went to a Ferrari 250 Tour de France, a racing coupe from the 1950s.