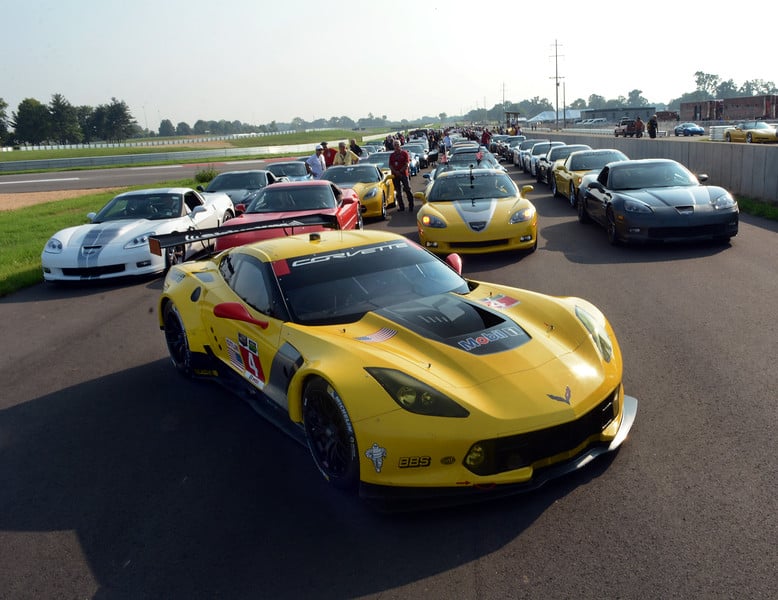 The NCM Motorsports Park in Bowling Green, Kentucky, is offering a class called “High Performance Drivers Introduction” to provide basic preparation for driving on the race track, adjacent to the National Corvette Museum.

The class is designed to be a 101 on-track program that creates more prepared drivers and demonstrates what to expect of a performance-driving event for both the driver and the vehicle. Drivers will be put into various groups that will be small, concentrated and social, according to NCM. The class is offered for $200 and takes place from 8 a.m. to 4 p.m.

On August 12-14, the Auburn Cord Duesenberg Automobile Museum and the nearby National Auto & Truck Museum in Auburn, Indiana, host the Checker Cab Club, which will display its vehicles in the Education & Exhibit Plaza.

The museum has also announced registration is open for the 2016 Vets N Vettes car show, November 3-5, and invites veterans to the museum and the museum’s track to go for rides in participant’s Corvettes.

The America on Wheels museum invites all makes and models of cars to the outdoors Car Tunes event, August 27 from 11 a.m. to 3 p.m. The museum recommends guests bring beach chairs, pop-up tents, blankets, and lunch to enjoy DJ Jimbos tunes at the museum’s developing waterfront.

On September 10, Americas Car Museum in Tacoma, Washington, hosts the “Summer Ender Fender Bender” cruise-in. Participating cars are eligible for awards, guitars from Fender will be available to play, and the museum welcomes children 8-14 to be a Hagerty Youth Judge at the show.

This Saturday, Americas Car Museum in Tacoma, Washington holds its Cars and Cigars event. Food, spirit and wine tastings will be available as well as Montecristo cigars, a BMW display and guests will have the opportunity to ride in an i8.

The museum holds its last drive-in movie of the season on ACM’s Haub Family Field on August 27. Parking opens at 4:30, and the featured film, Jurassic World, will begin at dusk (around 9 p.m.).

On August 13, the Simeone Museum hosts driver Andy Pilgrim, who will present a talk focusing on his racing experiences with Porsches, highlighting his championship winning season in 1997 with Allan McNish driving the stunning Porsche 911 GT1.

The AACA Museum offers a “Build-A-T” workshop for children 8-12 years old to build a wood Model T pickup truck under the supervision of an educator. The workshop takes place Saturday from 10 a.m. to noon.

Glenn Oyoung, one of the authors of C is for Car, will do a reading Saturday at the Petersen Museum in Los Angeles. The book is a vehicular alphabet book, inspired by the museum, and visually guides children through different styles and uses of cars. Following the reading is a short tour to see some of the museum’s cars that are seen in the book.

The National Corvette Museum hosts a High Performance Drivers’ Education Program on August 27-28. Participants will receive classroom and on-track instruction at the NCM Motorsports Park. Cost is $485 for the two-day program.