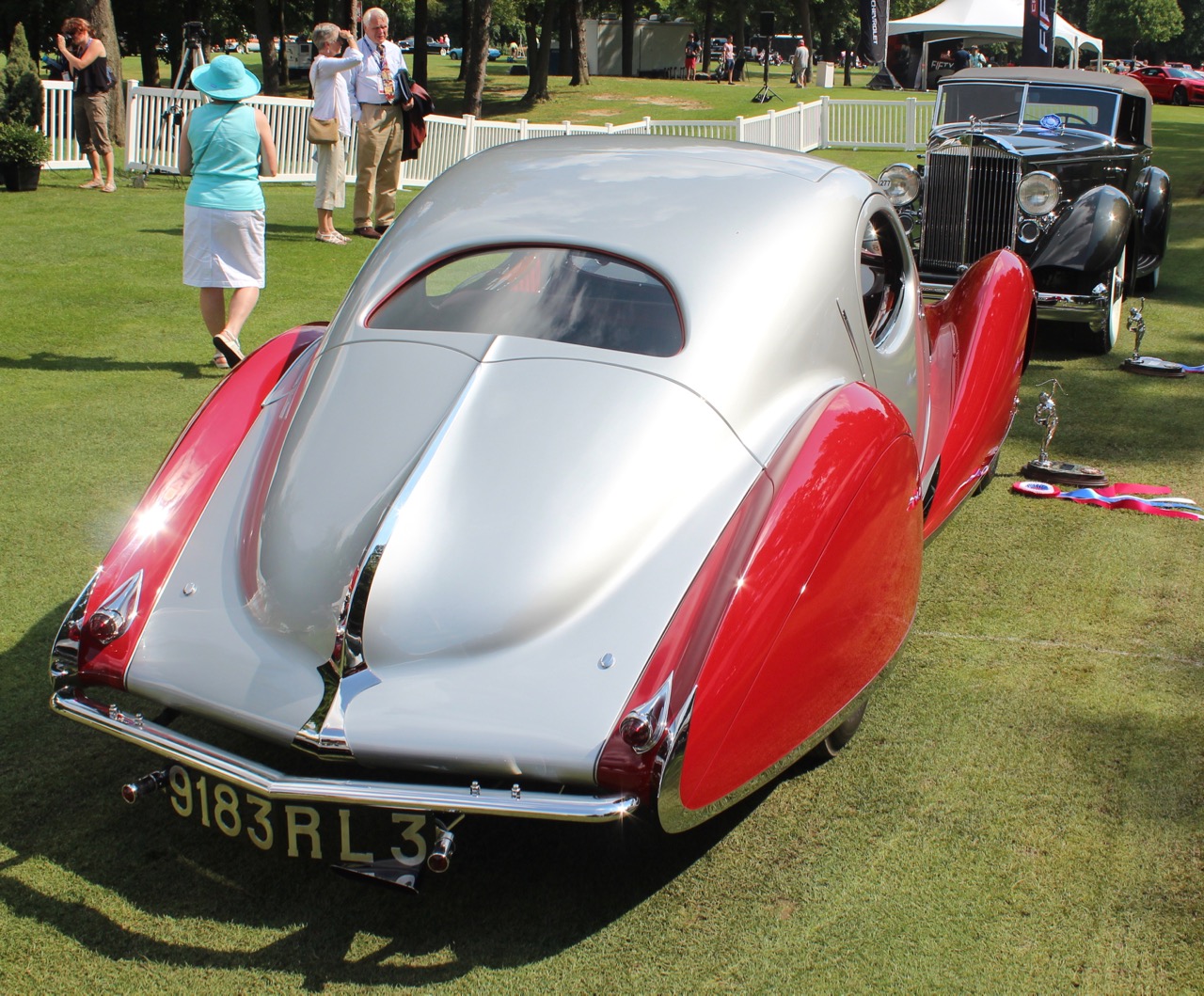 A pair of distinctive coupes, a 1934 Packard Twelve and a 1937 Talbot-Lago, won Best-in-Show honors Sunday at the Concours d’Elegance of America in Plymouth, Michigan. The 38th concours (previously known as Meadow Brook) on the grounds of The Inn at St. John has customarily named two Best in Show winners, one American-built and one European, and hews to tradition again in choosing cars built during the Classic era.

Judges selected the Packard, owned by Joseph and Margie Cassini, III of West Orange, New Jersey, as the best American entry. It’s a 1934 Packard 1108-65 Convertible Victoria, a massively long and blocky two-door powered by the legendary V12 engine. Painted a subdued dark olive, it was less flashy than some other contenders but meticulously restored.

The European Best-in-Show award, by contrast, went to a svelte little teardrop in silver and red that posed a challenge to photographers as it moved under the bright afternoon sun. A 1937 Talbot-Lago T150 CSS owned by J.W. Marriot, Jr. of Bethesda, Maryland, it’s one of 14 such cars built and the only one with all-aluminum bodywork.