Mathis emerges from WW2 hiding and heads to auction 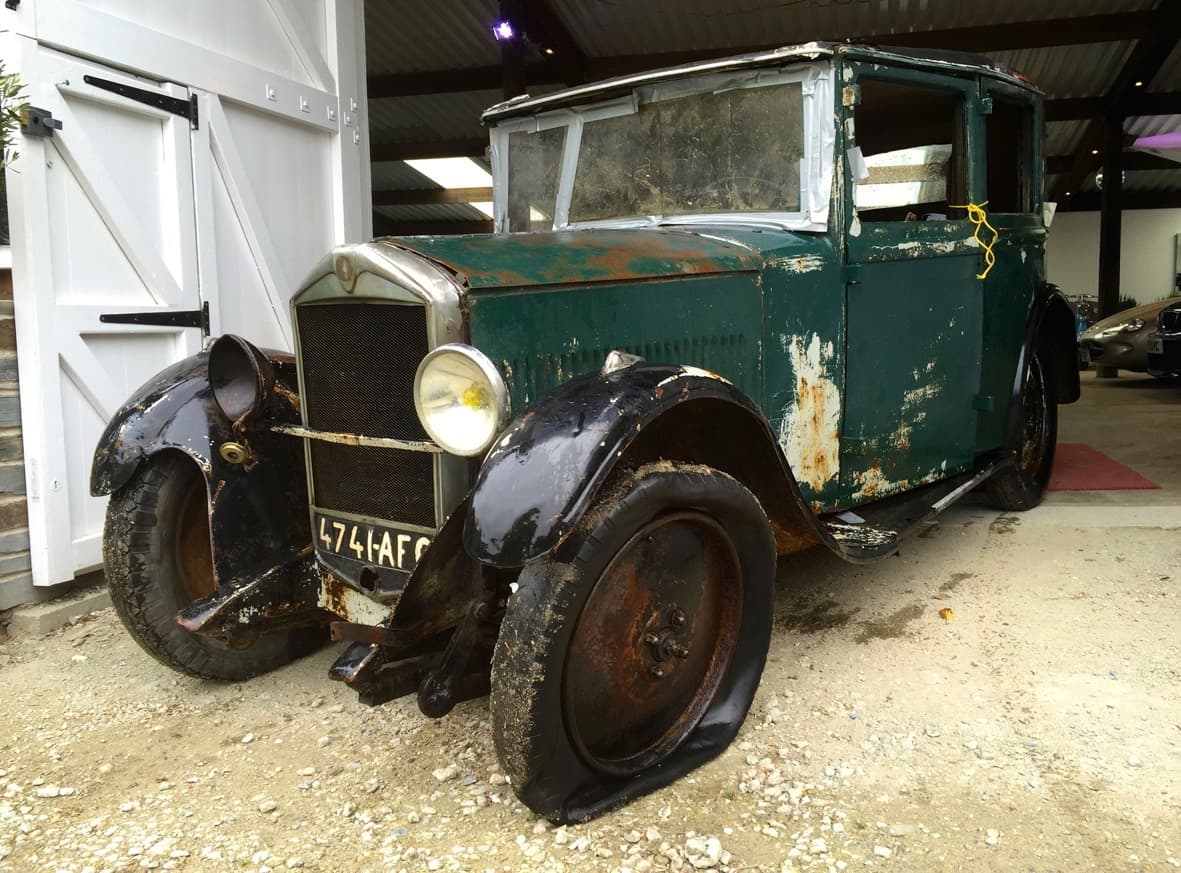 Sometime in the 1940s, a 1931 Mathis was hidden away from an invading (and looting) Axis army by being locked away atop blocks within a chateau in northern France. Seventy-two years later, the car was discovered, purchased along with two others, and now will be offered for sale at Silverstone Auctions’s Silverstone Classic sale July 29-31 in England.

The car, re-discovered only two years ago after more than 70 years on blocks, was produced by a company founded in 1910 by Emile Mathis, who by 1905 owned the largest car dealership in Germany and one of the largest in the world. Mathis and Ettore Bugatti had a partnership that produced cars under the Hermes brand before Mathis launched his own brand in 1910. By 1927, Mathis was France’s fourth-largest motorcar producer, rolling out more than 20,000 vehicles.

Three years later, Mathis worked out a stillborn deal with Billy Durant for a version of the Mathis 1Type PY to be made in Lansing, Michigan. Later, he did a deal to build Fords in his plant in Strasburg, France. Overwhelmed by Ford production, Mathis sold out and moved to the U.S., where he produced marine engines during World War II.

Mathis returned to France after the war and with Jean Andreau deigned an aerodynamic three-wheeled and egg-shaped coupe that was shown in prototype form but never went into production, although he did build three Jeep-like vehicles in 1951 before selling his plant to Citroen.

According to Silverstone Auctions, “This 1931 barn-find example proves to be in remarkable preserved condition upon inspection, showing no substantial rust, with the only deterioration being age related, having stood still in time. Now transported to the United Kingdom, the Mathis will be offered on the open market at auction for the first time ever, without reserve.”

“This is such an exciting discovery,” Nick Whale, Silverstone Auctions managing director, said in a news release. “The car appears to be very authentic, and it’s extremely rare to find one in such preserved condition. Sadly there’s no paper work with the car other than a wonderful period photograph, but its story and the life this car has lived make it very special indeed.”

The car is painted black and green with gray cloth interior and black convertible top, and shows 25,000 miles of travel.

“This car would make a wonderful edition to any period car collection” continues Nick. “It also offers the opportunity for a very fine and rewarding restoration project, as it has been left unloved for such a long time.”