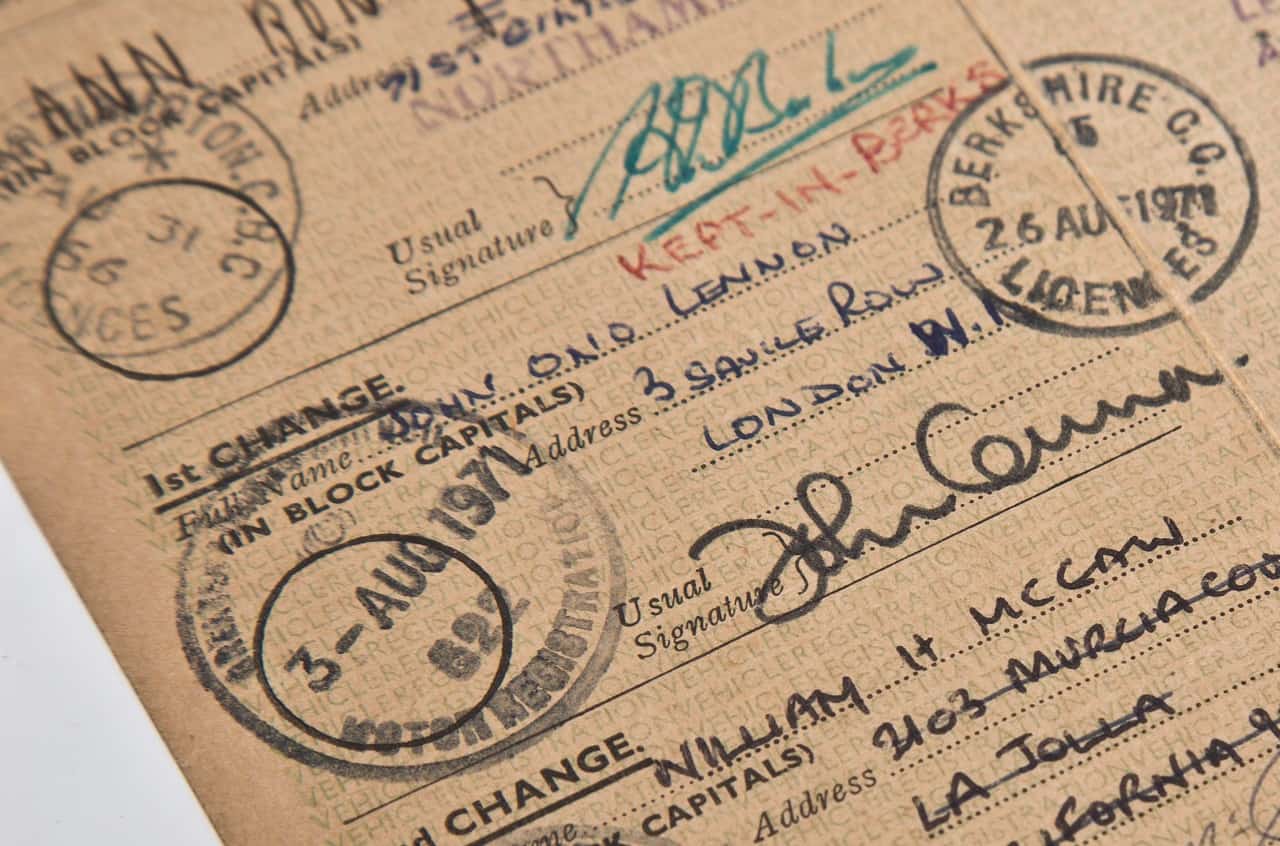 John Lennon’s 1956 Austin Princess, which carried The Beatles to performances in England and also appeared in the movie Imagine, is among the collector cars on the docket for RM Sotheby’s London sale, September 7 at Battersea Park. Another celebrity car, a 1966 Mercedes-Benz 300 SE cabriolet owned since new by actor James Mason and his family, also will be auctioned.

According to RM Sotheby’s, The Beatles liked using Austin Princesses because “the large rear door aperture made quick access to the vehicle an easy undertaking; a quality much appreciated when being chased by hundreds of adoring fans!”

The auction house news release also notes that Lennon had his personal Austin Princess outfitted with five rear seats, the sort used in private aircraft, and those seats are still in the car, which Lennon purchased August 26, 1971.

In 2008, the car was donated to the Austin Rock and Roll Car Museum in Texas, which is selling the Austin in part to raise money for Make-A-Wish America, Dell Children’s Medical Center and Lennon’s favorite charity, UNICEF.

“Since donating the Austin Princess to the museum, it’s been seen and enjoyed by thousands,” Milton Verret, who purchased the car in 2005 and donated it to the Austin Rock and Roll Car Museum, is quoted in the RM Sotheby’s news release. “Now the museum wants to offer this rare vehicle at auction with the hope that it will be seen and enjoyed by even more fans of John Lennon and the Beatles worldwide, while at the same time raising funds for deserving charities.”

The other star car announced for the British auction is the 300 SE purchased new by actor James Mason and owned by his family since his death in 1984. Mason had leading roles in such movies as Desert Fox, A Star is Born, 20,000 Leagues Under the Sea, Prisoner of Zenda, Lolita and many others.  He was nominated for three Academy Awards and won a Golden Globe for A Star is Born.

“Celebrity provenance doesn’t get stronger than this, and the fact that both cars are accompanied by the original, signed title documents is fantastic,” said Peter Wallman, managing director of RM Europe.

RM Sotheby’s London sale, its 10th annual, is being staged in conjunction with the Royal Concours of Elegance at Windsor Castle as part of the Queen’s 90th birthday celebration.