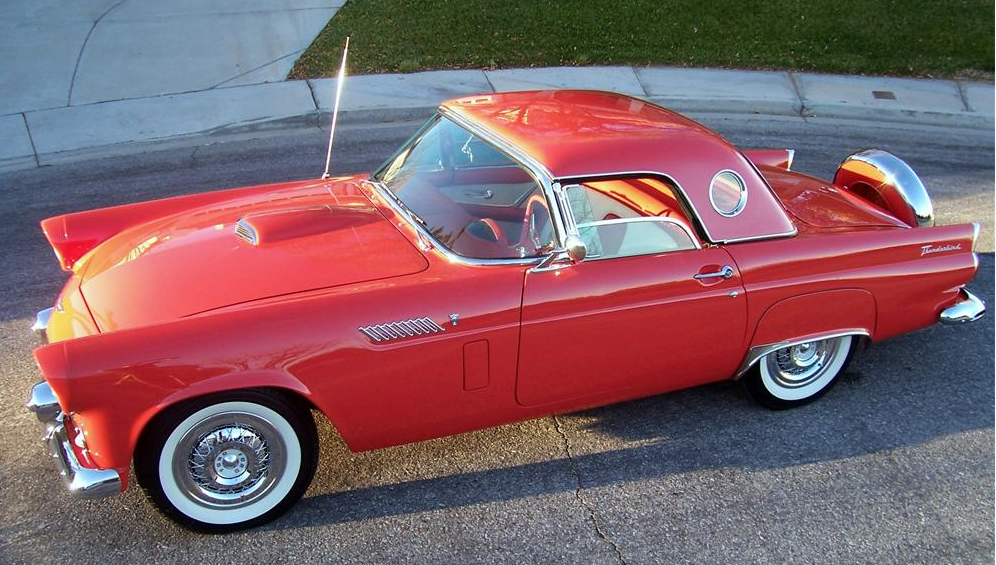 Cars from the collection of George Shinn are scheduled to cross the block at the GAA Classic Cars auction July 30, in Greensboro, South Carolina. Shinn is known for his former ownership of several professional sports teams, including the New Orleans Hornets of the National Basketball Association, two minor league baseball teams and a World League of American Football franchise.

Shinn got his start by working at a car wash and other small jobs but later bought the college from which he graduated — Evans Business College. He also started a foundation in 1973 to provide need-based scholarships and later to do early testing and diagnosis of prostate cancer and to build a medical clinic in Haiti. The foundation created “Hoops for Homes” to rebuild homes in New Orleans after Hurricane Katrina and also does work with homeless veterans.

Offered as part of GAA’s July sale is a 1956 Ford Thunderbird convertible that has undergone a frame-off restoration and has driven less than 3,000 miles since completion. The Thunderbird is pained in Fiesta Red with red and white interior and a continental kit, engine dress up kit on its 312 cid V8, and new Coker classic wide white radial tires.

Also highlighted is a 1939 Chevrolet Master 85 that was restored in 2006. The car is powered by a 305 crate engine with less than 5,000 miles mated to an automatic transmission with a posi-traction rear end. Other features include air and heat, power steering, and shaved doors opened by a remote control.

Other notable cars from the collection include a 1934 Ford street rod with Boyd Coddington wheels, a Fisher-bodied 1969 Chevrolet Camaro, a 1940 Packard 110 sedan, 1942 Buick Super convertible, a 1970 Chevrolet Chevelle, and a 1941 Willys Pro Street coupe.