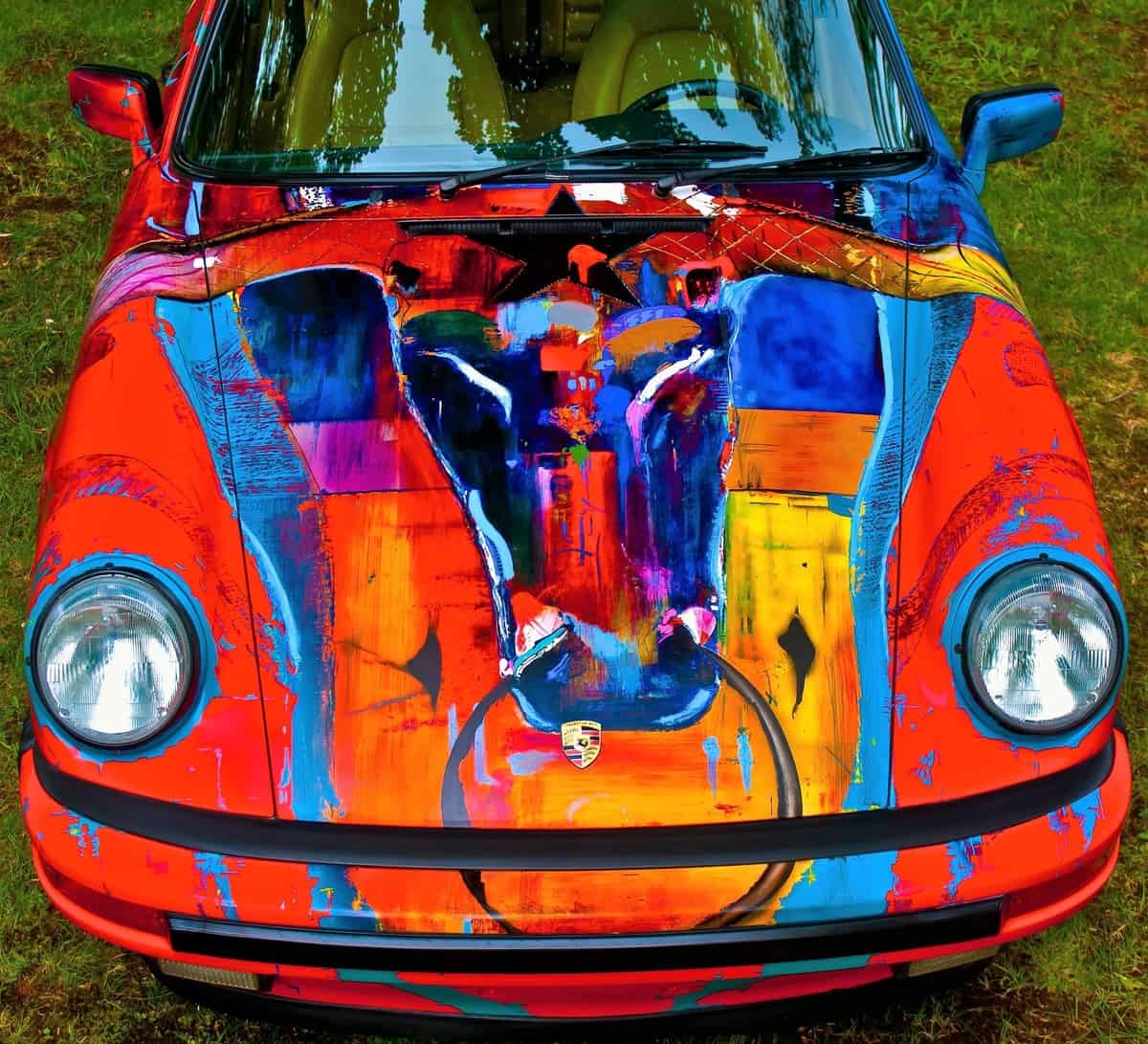 Porsche 911s are already works of art, according to most followers of the German marque, but a small group of Quebec artists took that a step further by using the classic sports coupes as canvases for evocative paintings.

The Art Cars Project started in 2006 when a creatively painted 911 by Canadian artist Claude Le Sauteur debuted to acclaim at Musée National des Beaux Arts du Québec (National Museum of Fine Arts of Quebec). Shortly after, the decision was made to expand the project by having eight artists, four Canadians and four from elsewhere around the globe, each design and paint a similar Porsche 911 artwork.

Master artist Yves Thibeault collaborated with each artist to help complete the unusual tasks, and his signature appears on each car along with that of the individual artist. The eight painted 911s made a powerful statement about art’s role in modern society as it blended with one of the world’s most iconic automotive shapes.

Next month, two of the Porsche art cars painted by Canadian artists will be offered by Russo and Steele at its 16th annual Monterey, California, collector car auction in August during Pebble Beach Concours week. Both cars used as painting canvases are 1989 Porsche 911 Carrera 2 coupes. Each car is an outstanding example of the artist’s efforts to create a unique vision.

The Porsche known as “Masterpiece II” displays the work of multidisciplinary artist Jean-Pierre Lafrance, whose style confers a dreamlike, metaphysical aura to the hard metal surface of the vehicle.

The second car, dubbed “Masterpiece III,” features the dramatic artwork of Dominic Besner over its red paint finish, complete with the abstract image of a bull’s head with horns extending over the front fenders.

Artistically painted Porsches are certainly nothing new, the most famous of them being the late singer Janis Joplin’s 1964 Porsche 356 Cabriolet painted in psychedelic style, and which recently sold at auction for $1.76 million. Other famous art car examples are from BMW, which has had 17 race cars painted by famous artists during the past four decades.

The two Porsche masterpieces will join hundreds of classic, custom, sports and muscle cars up for auction at Russo and Steele’s Monterey sale August 18-20 on the waterfront near historic Fisherman’s Wharf. For information, visit the auction website.