From fins to muscle, GAA Classic Cars offer cars of the ‘60s 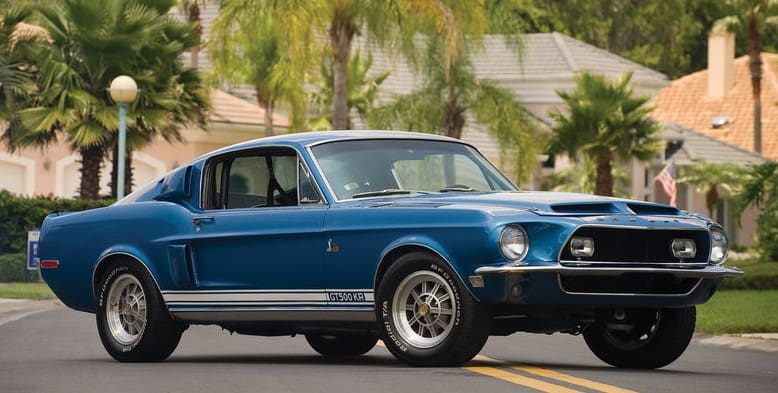 The 1960s in America are remembered for many things: peace, love, rock ‘n roll, walks on the moon, Woodstock and the Ford Mustang, among the many iconic cars that show the diversity of the era.

From fins to muscle, cars of the ‘60s highlight the 550-vehicles offered during the GAA Classic Cars auction, held July 28-30 at The Palace in Greensboro, North Carolina, the auction house’s home venue where to holds three collector car sales per year.

Offered with Saturday’s consignments is an icon of the era designed for speed, a 1968 Shelby GT500 KR that has been driven just 53,000 miles. The Shelby is powered by a matching-numbers 428 cid V8 mated to a manual transmission, and it has been freshly restored and painted with the original Acapulco Blue paint, according to GAA. Included with the Shelby is a Marti Report of authenticity, window sticker and Shelby manufacturing tag.

A 1961 Oldsmobile Starfire convertible, one of just 7,604 produced, also will be auctioned. Features include a 394 cid V8 mated to a 3-speed automatic transmission with floor shifter, bucket seats, power top, and power driver’s seat, windows, brakes, and steering, plus the car comes with the original owner’s manual.

Set to cross the block on Saturday, a 1962 Chevrolet Impala SS that has been dubbed an original “survivor car.” The car retains its original engine unmolested with exception to the heads; the left was replaced in 1971 and the right was replaced the following year. The seller is the Impala’s second owner, and the sale includes the original set of heads, original hubcaps and fender skirts.

For information about the GAA sale, visit the auction website.