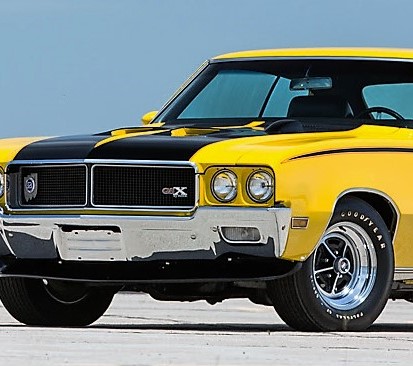 • A 1970 Buick GSX Stage 1 coupe (Lot S36) is the star attraction, a piece of classic muscle in Saturn Yellow paint with the distinction of twice winning the GS Club of America Nationals. Powered by a matching-numbers 455 cid, 360 horsepower V8 and automatic transmission, the Buick includes the dealer-installed Stage II package of options.

• A 1967 Chevrolet Corvette convertible(Lot S110) is expected to attract plenty of attention with a booming 427 cid big-block V8 that churns 390 horsepower. One of just 267 examples with J57 power brakes, the Sunfire Yellow ragtop features a host of options, including air conditioning.

• A 2006 Ford GT Heritage Edition (Lot S130) is another example of the modern classics that have been heading up auction results around the county for the past several years. Powered by a 5.4-liter V8 that produces 550 horsepower, this GT is finished in the highly desirable Gulf Oil competition livery – a tribute to the John Wyer Racing winners at Le Mans in 1968 and 1969 with the Gulf-sponsored Ford GT40.

For information about Mecum’s Denver sale, visit the auction website.