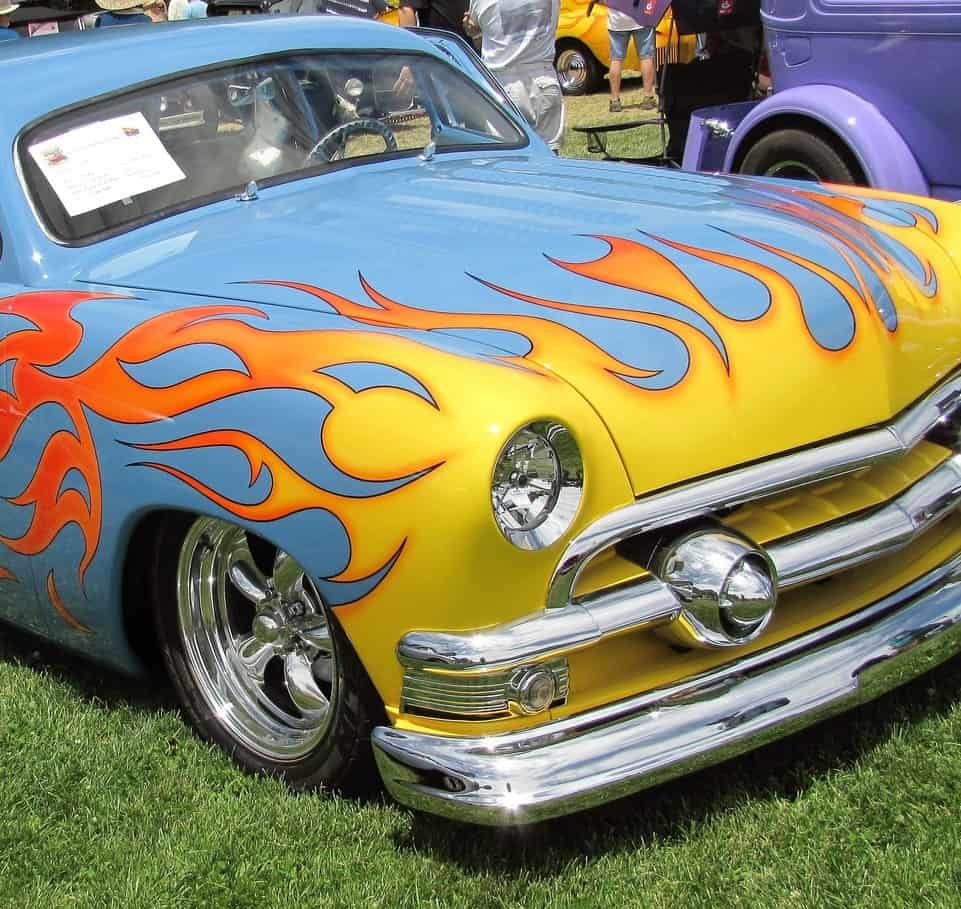 While the Phoenix area swelters during a triple-digit heat wave (also known as the Arizona summer), the mile-high city of Prescott to the north enjoys the balmy weather of that altitude and attracts many central Arizonans to the high country to cool off.

One of the coolest events of the summer is the annual Yavapai Classic Cruiser benefit car show, which was held the Saturday before Father’s Day at Mile High Middle School. Many vintage-car hobbyists made the 100-mile uphill trek from Phoenix to Prescott to show off their special rides or enjoy a day of spectating.

The casual show is always enjoyable. Prescott is a beautiful little town with century-old Western architecture and a courthouse square, which is about a block from the show field.

This was the 16th year for the Yavapai Classic Cruiser show (Yavapai, by the way, is the name of the local county) and about 200 cars were present, representing the wide range of popular car collecting – hot rods, cruisers, muscle cars, restored classics, sports cars, pickups, domestic and imports.

There were some highly original customs, such as the 1941 International that has been transformed into something wild, as if from Mad Max; an impressive blue ’51 Ford four-door street rod with colorful flames, a nicely louvered hood and, under that hood, a highly tuned Ford V8 originally from a DeTomaso Pantera; and a long, low 1933 Pierce-Arrow limousine with modern performance updates.

The owner of the ’51 Ford is Ron Austin of Kingman, Arizona, who is spending his retirement building street rods and restoring cars.

Entry fees for the Yavapai Classic Cruiser benefited the Prescott chapter of Meals on Wheels, while a $2 fee for spectators went to the Mile High Middle School PTA.