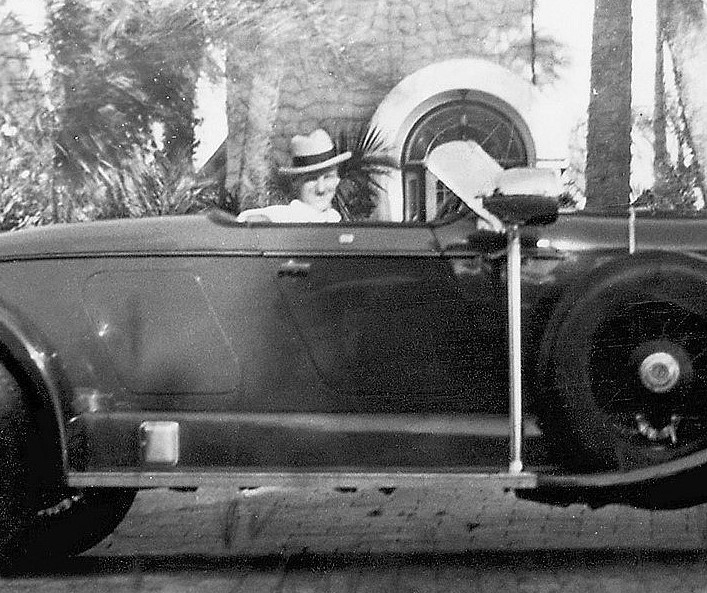 The Duesenberg brothers introduced their first production road car in 1920. The Straight Eight (later called the Model A) was an innovative and well-made machine. Regardless, the brothers (underfunded from the start) struggled to find enough customers to keep the company viable.

When E. L. Cord (through Auburn) purchased the bankrupt Duesenberg Company in 1926, Fred Duesenberg was already experimenting with a new iteration of the Straight Eight. It is thought that about dozen Model X chassis had been manufactured by the time of Cord’s acquisition. The Model X featured a re-worked Model A suspension and a larger displacement (260 cubic inches) mono-block straight-8 engine.

Cord would put a stop to the Model X as he had bigger plans – the future Model J that made Duesenberg famous.

Only four Model X Duesenbergs are thought to have survived, and the best-known of the group is the car pictured here, chassis X1954-D96E, that was built for Duesenberg’s race-team sponsor, Arnold Kirkeby (1901-1962). With coachwork by the McFarlan Motor Car Company of Connersville, Indiana, the speedster body created for this Model X would influence the Auburn speedsters introduced later.

McFarlan Motor Car Company is best remembered for unique luxury automobiles favored by some of Hollywood’s elite. The company supplemented its income by providing bodies to other manufacturers, Auburn among them. E.L. Cord later purchased the assets of the bankrupt McFarlan Company.

This appears to be Arnold Kirkeby pictured in the car. A hotelier (he owned the Drake in Chicago and later the Beverly Wilshire in Los Angeles) and real estate investor, Kirkeby owned a mansion in Beverly Hills (later used as the location for The Beverly Hillbillies TV show) and a Frank Lloyd Wright-designed home in Tampa, Florida (Tampania).

It’s unclear where this photo was taken, although Kirkeby parted with the car after a few years use. He was killed in a commercial airplane crash in 1962. Thankfully, the car survives to this day.