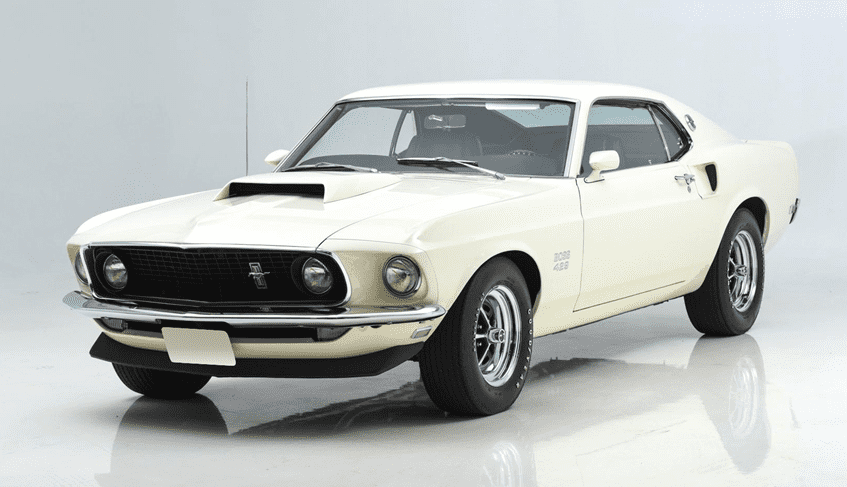 Editor’s note: This is the seventh in a 10-day series featuring cars to be sold June 23-25 at Barrett-Jackson’s 2016 Northeast Auction.

In the late 1960s, Ford created a big-block engine designed to compete in NASCAR against Chrysler’s dominating 426 Hemi V8. In the quest to homologate its 429 cid “semi-hemi” engine, Ford created the 1969-1970 Mustang Boss 429, a limited-production pony car. With just over 1,350 built during the two-year run, that was one of the most sought after performance machines of the muscle-car era.

For the Boss 429, Ford contracted Kar Kraft to wedge the huge engine into the space beneath the Mustang’s hood. That necessitated a number of alterations, including widening of the inner front fenders and relocation of the shock towers, revising the front suspension and moving the 85-amp battery to the trunk.

A three-quarter-inch sway bar was added to the rear suspension to improve handling of the now nose-heavy car, effectively making the Boss 429 the first production Mustang to utilize such a rear suspension setup.

Engine performance was conservatively rated by Ford at 375 horsepower and 450 pound-feet of torque, but actual output was more than 500 hp.

The matching numbers car has benefited from a nut-and-bolt rotisserie restoration to the highest Mustang Club of America concours standards, which has been fully documented with many detailed photos.

The car has a two-owner history and comes with the factory Build Sheet, manuals, brochures, warranty card, owner data plate and Marti Report.

The car remains in gold condition with provenance and documentation.