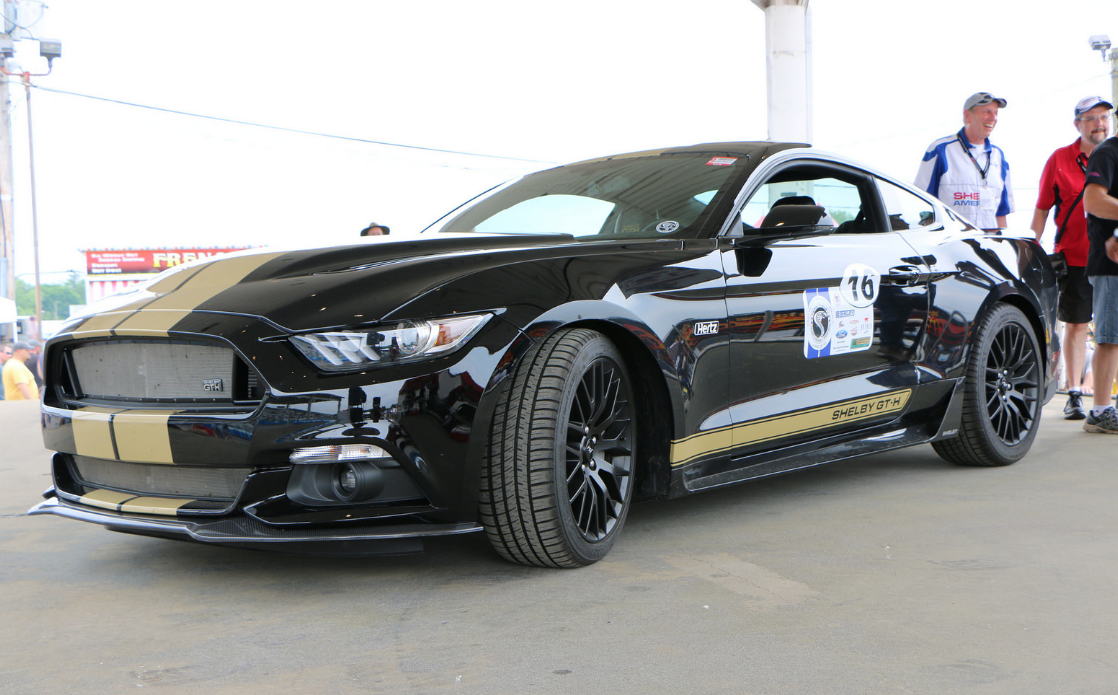 Fifty years ago, if you were 25 years of age or older and joined the Hertz Sports Car Club, you could rent a Shelby GT350-H for $17 a day and 17 cents a mile. A lot of those miles were accumulated on race tracks.

“Hertz found those cars on race tracks and customers had welded in roll bars, swapped engines, did all kinds of creative things,” said Gary Patterson, vice president of international and strategic sales for Shelby American. “They Hertz cars were part of the whole Shelby mystic.”

The program was revived with the 2006-2007 Shelby Mustang, though with some precautions to deter out-and-out racing, “like a little safety wire on the engine that says, “I am original, I didn’t get swapped with another car,’ because of what they used to do in 1966,” Patterson said.

“And back then you would take the car back to the rental agency and no one knew,” he continued. “They would open the hood and be like ‘yea, motor is there, the car just drove here, so what could change?’ It didn’t happen very often but it did happen, so Hertz was a little nervous about that.”

Patterson shared that with the even with the added safeguards a decade ago, he received emails indicating the rental cars were being raced, and in some cases he got emails with timing slips:

“I had a guy who would send me emails every week from a new drag strip in a different Hertz rental car with shoe polish on the windshield and he would send me the time slips,” Patterson said.

“One day I got an email saying, ‘I won the All-Ford Nationals with a rental car,’ and he did. He really did. Hertz banned him for life and he will never be able to rent another car from Hertz.”

And now, once again, that Hertz rental fleet includes Shelby Mustangs, the 2016 Ford Mustang Shelby GT-H, which is available through the Hertz Adrenaline Collection.

“It was a real smashing success in ’66, ’06, ’07,” Patterson said. “We got with the Hertz guys and were like ‘this would be really cool to do again,’ and they were actually really excited.”

To create the 2016 GT-H, Shelby American started with a Mustang GT fitted with a Ford Performance handling pack and exhaust system, and then added its own touches like functional in-n-out vents, a unique front splitter, mesh grille, rocker panels, and a large spoiler.

The car is instantly recognizable as it is finished in the same black-and-gold paint job as the original cars and is littered with Shelby and Hertz badges and logos.

“Any measures put in place to prevent racing are up to Hertz,” said Patterson, adding that each car has its own Shelby American serial number.

Hertz commissioned Shelby to build 140 GT-H Mustangs, which will be distributed to 17 rental fleets across the country.

Once the cars have gone through the rental program, Patterson speculates they will most likely be auctioned or perhaps sold outright by Hertz.

“They are special cars, limited edition with better performance, a unique appearance, better suspension, and a great sound — and really, how many rental cars have 435 horses?”