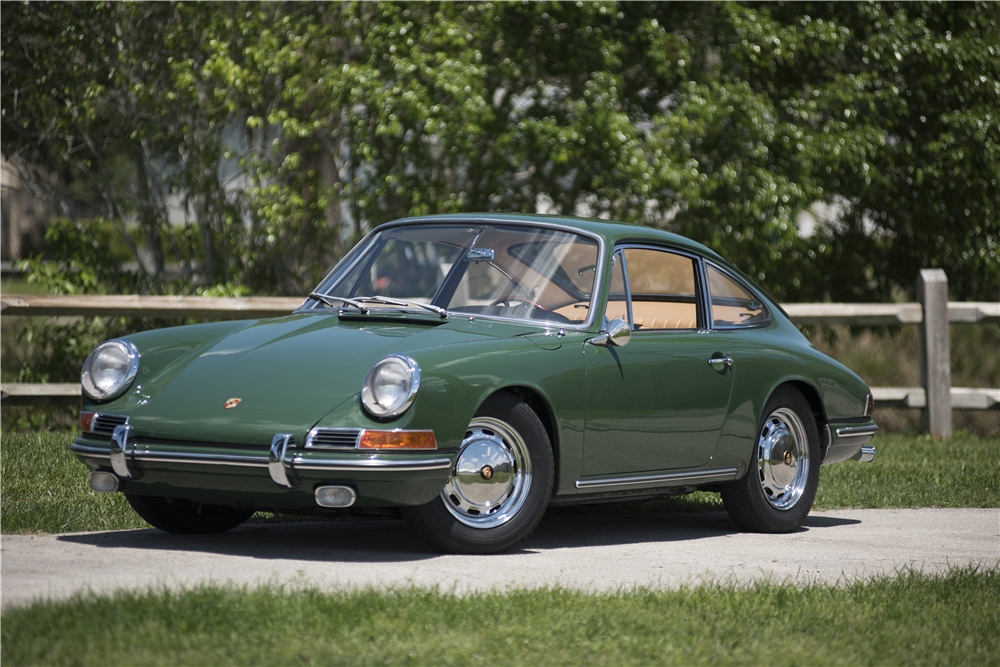 Editor’s note: This is the third in a 10-day series featuring cars to be sold June 23-25 at Barrett-Jackson’s 2016 Northeast Auction.

The Porsche 911 made its debut in 1963 as a two-door sports car built to be larger and more powerful than the Porsche 356 it would eventually replace. Since the car’s inception, it has undergone continuous development, though the basic concept has remained.

The 911 was popular in motorsports, modified both by private teams and the factory itself for racing, rallying and other series. Top victories include major world championship sports car races such as Targa Florio, Daytona, Sebring, and Nürburgring, and the 911-derived 935 Turbo won the 24 Hours of Le Mans.

Offered with a reserve at Barrett-Jackson’s inaugural Northeast auction, this 1966 Porsche 911 (Lot 686) is from California and has been restored to its original build sheet specs. It has been finished in Irish Green with tan leather interior featuring with plaid seat inserts.

This car’s 2.0-liter flat 6 produces the classic power and sound that’s distinctive to the era and is mated to a 4-speed manual transmission.

This 911 is from the Wilson Collection and the sale includes a Porsche Certificate of Authenticity to enhance this car’s historical significance.