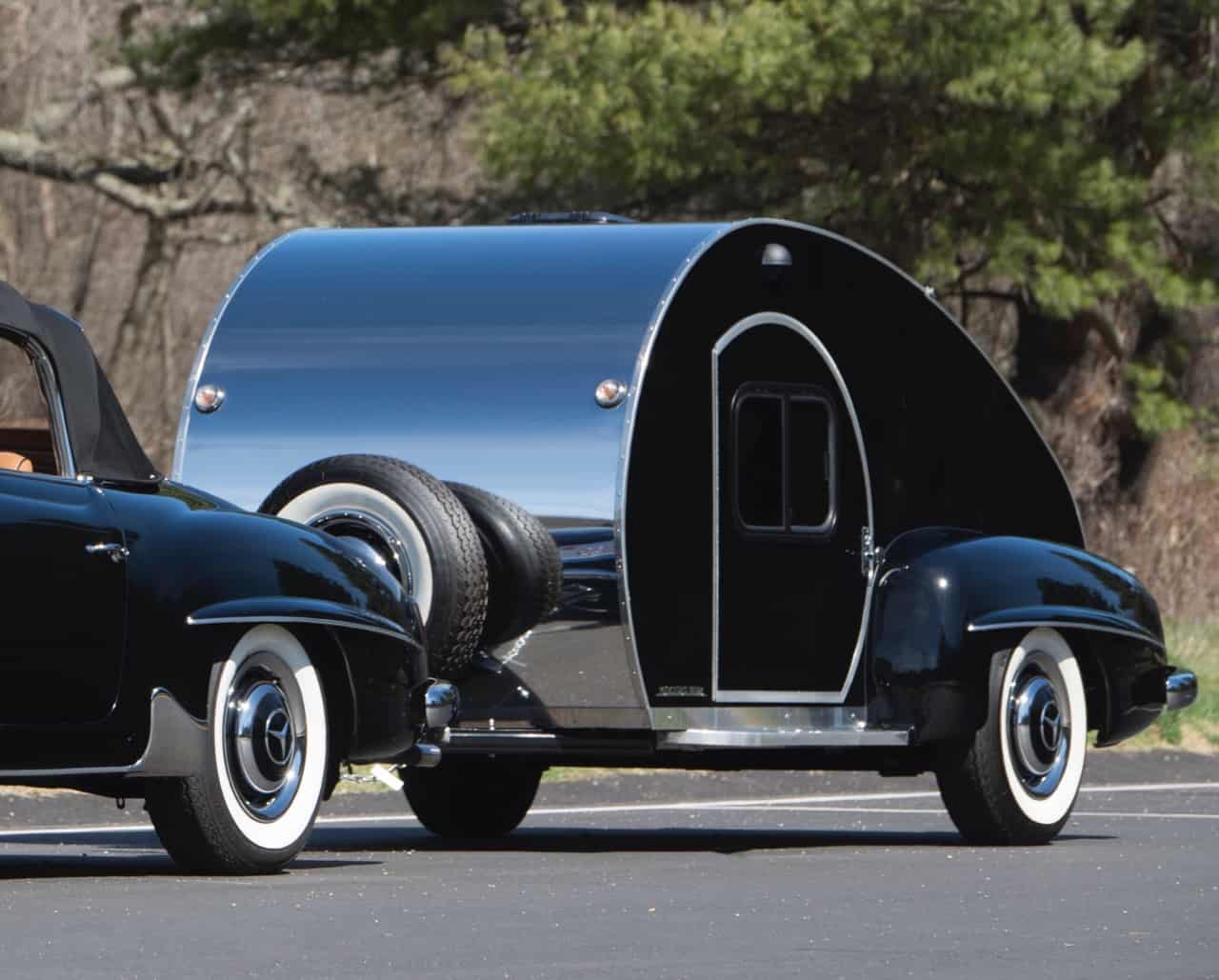 The high sale of the auction was $291,500 for a 2005 Ford GT, a one-owner car that had been driven only 113 miles since its purchase. Prices include buyer’s premium.

Also topping the quarter-million mark was a 1961 Rolls-Royce Silver Cloud II “Adaption” with bodywork by Mulliner. The car was only of only 74 built with left-hand drive and originally was delivered to an American customer.

The eclectic nature of the docket was demonstrated by the No. 3 vehicle among the top 10 — a 1959 Mercedes-Benz 190SL with an accompanying Mini Tears teardrop trailer. The combination sold for $192,500. The SL won its class at the Greenwich concours in 2009 and was restored in 2013 and 2014. The trailer was produced in 2013 and was matched to the car during the Mercedes’ restoration.

Other top sales included a 1986 Ferrari Testarossa, a 1962 Maserati 3500 GTI, and a 1968 Shelby GT350, a one-owner, barn-found “carry over” car that exceeded its pre-auction estimate by selling for $159,500. The Shelby served as a demonstrator and race car for a Massachusetts Ford dealership before being owned by Fran Grayson, who parked the car in a storage building in 1976 until it was discovered in the months before the Bonhams sale.

Bonhams next motorcar auction is scheduled for June 24 in conjunction with the Goodwood Festival of Speed in England.