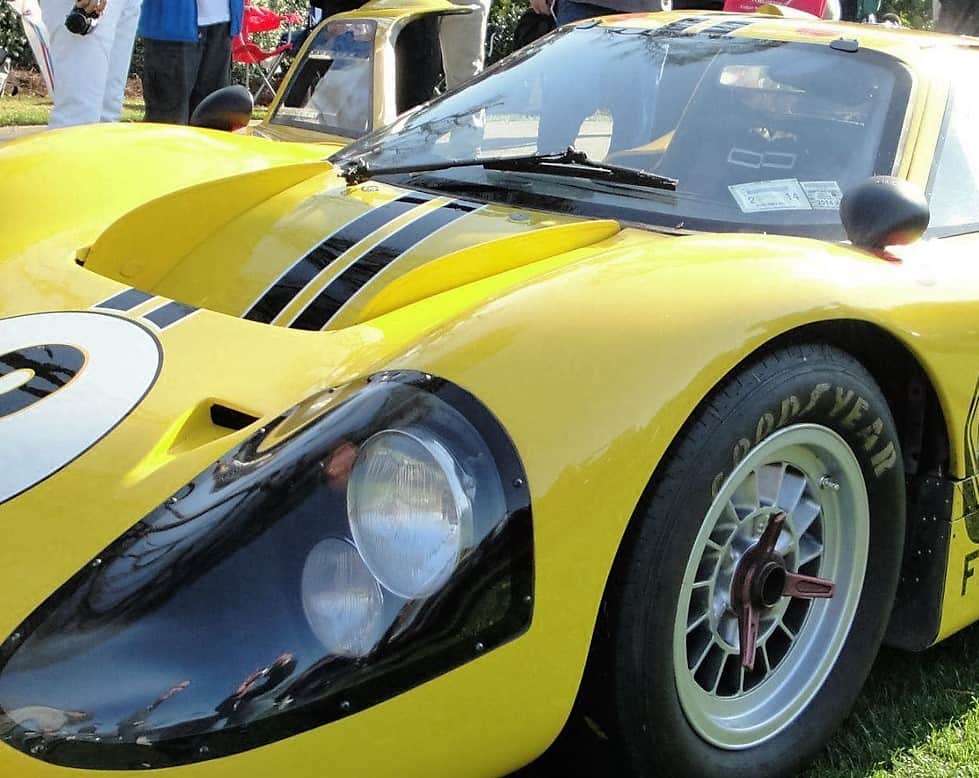 The 21st annual Greenwich Concours d’Elegance presents three days of unbridled classic car exuberance from June 3-5 in Greenwich, Connecticut, starting off with a tour and downtown parade of the beautiful concours cars and motorcycles. The weekend also is highlighted by a pair of collector car sales by British auction house Bonhams and Dragone Auctions of Westport, Connecticut.

The Grand Tour of concours vehicles starts Friday, June 3, and culminates with a parade down Greenwich Avenue starting at 4 p.m. The tour and parade give spectators a free opportunity to witness the rare vintage cars and bikes, most of them in exquisite condition, on the road under their own power.

The following day, the first of two concours events takes place at Roger Sherman Baldwin Park, this one dedicated to American vehicles. The Concours Americana will feature a special class dedicated to the 50th anniversary of Ford’s stunning victory at the 1966 24 Hours of Le Mans, in which GT40s soundly beat reigning champion Ferrari in what amounted to a motorsports grudge match.

A highlight of the Ford display will be James Glickenhaus’ 1967 Ford GT40 Mk IV that captured fourth place at Le Mans that year piloted by Mark Donohue and Bruce McLaren. Other Fords that will be present include the 1963 prototype Mustang III, the earliest in existence, plus a 1965 Shelby Cobra 427, a 1966 Shelby GT350 and a GT350H fastback from the Hertz rental car days.

On Sunday, the Concours International takes to the field hosting vintage masterpieces from around the globe. The show will feature historic BMWs to celebrate the 100th anniversary of the founding of the Bavarian company, which originally built aircraft engines.

Each of the two concours days will present more than 100 cars and motorcycles spanning more than a century of history. Among the displays will be The Best of the Best, a showcase of top award-winning cars from the concours’ first 20 years.

Also held during the weekend is Bonhams’ ninth annual Greenwich Concours collector car auction that starts Sunday, June 5, at noon in Baldwin Park, with preview viewing on Saturday. A high-end selection of cars, motorcycles and boats will be offered for bidding.

A 1967 Ferrari 275 GTB/4 coupe with an estimated value of $2.9 million to $3.2 million in one of the featured cars at the Bonhams sale. The auction also will present a number of popular micro cars such as BMW Isetta and Messerschmidt.

Bonhams also has a “secret barn-find” 1966 Ford Mustang Shelby GT350, hidden away for 40 years and previously unknown even to Shelby experts.

Meanwhile, in nearby Westport, Connecticut, Dragone Auctions holds its annual home-base sale at the Dragone Facility on June 4. The Greenwich Concours Weekend Auction will feature a strong array of vintage cars, including antiques from the dawn of motoring.

Among the Dragone offerings are a well-restored 1939 Alfa Romeo 6C 2500 Sport Touring Superleggera Berlinetta, a 1955 Fiat 8V Zagato with restoration overseen by Elio Zagato, and a renowned 1954 Allard J2R race car known as “Sopwith’s Sphinx,” which had been lost for decades and is just now being offered for the first time to the public, according to Dragone.

The auction venue also has been upgraded, Dragone said in a news release.

“This auction will be a new and improved Dragone sale with beautiful displays and a stylish atmosphere,” the news release says. “But of course the significant and seldom-seen motorcars are what set this sale apart from the norm.”