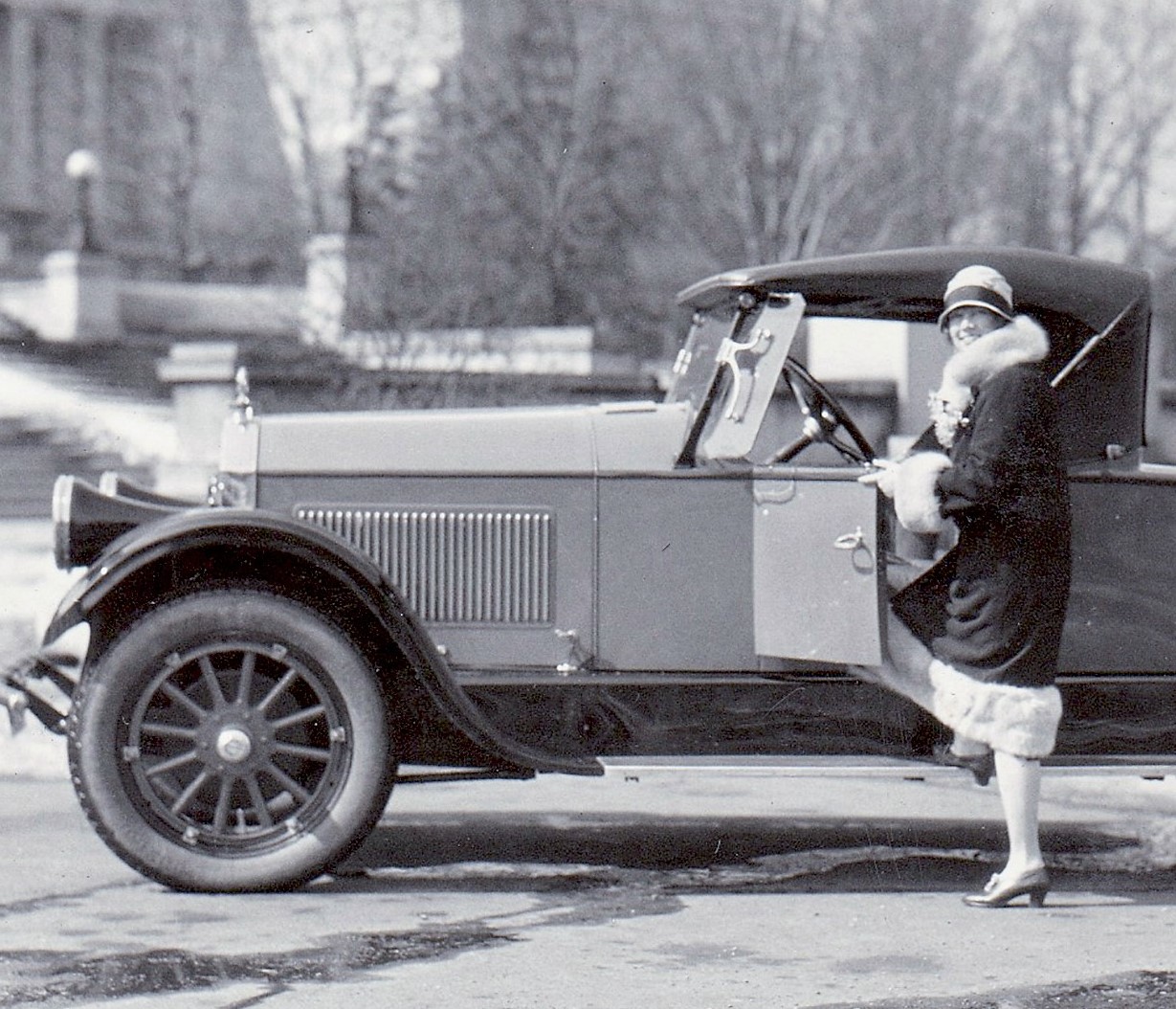 Despite a difficult automotive market after World War I, the president of Buffalo’s Pierce-Arrow Motor Car Company, G. W. Mixer, announced net earnings of $1.7 million for 1920. With a little money in the bank and the economic climate improving, the company decided to introduce a new, more-affordable line of cars.

The Series 80 cars may have been less expensive to manufacture than the larger dual-valve Series 33 cars, but the company’s famous quality was not compromised. Introduced in late 1924, the Series 80 competed with the six-cylinder Packard, with a cast-iron six-cylinder engine of 288 cubic inches rated at 38 horsepower (38 taxable horsepower equaled about 65 brake horsepower), and selling between $2,500 and $4,000 – less than half the price of the larger model.

The car in the photo is a 1925 Series 80 Runabout on a 130-inch chassis, one of seven body styles offered. This looks to be a company publicity shot taken in front of the Albright-Knox Gallery in Buffalo. At the time this car was produced, Pierce-Arrow introduced its own Finance Corporation so cars could be purchased on installment. Advertising boasted the choice of six color options, and in addition to the standard bodies, custom bodies by Brunn, LeBaron, Judkins and Wilson were available.