Porsche teams with Pirelli on modern tires for its vintage cars 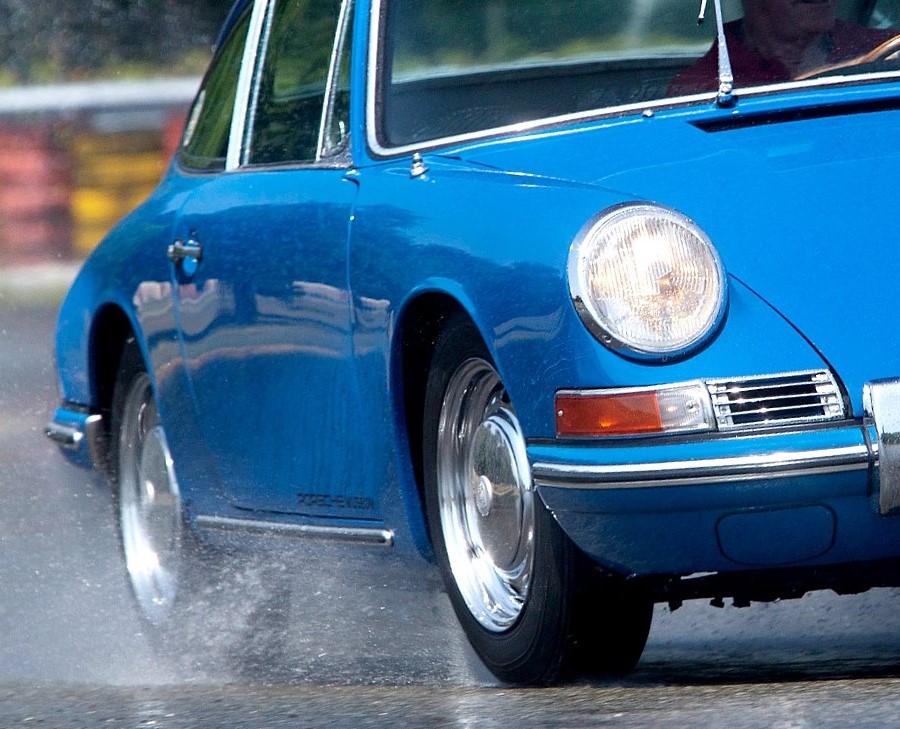 One of the toughest decisions for classic car owners concerns tires. That’s especially true when dealing with sports or performance cars that are driven by enthusiasts.

You might want your car to look as authentic as possible, but original-type reproduction tires might not hold up to your demands in terms of handling, adhesion or wear. And modern tires can look awkward on restored or preserved cars.

If your particular old-car obsession is Porsche, then you may be in luck. Porsche Classic has teamed up with Pirelli to create new tires with modern-day properties that are suitable in appearance and performance for older cars from 1959 through 2005, including 356B and C models, various generations of 911, early Boxsters and front-engine 924s, 944s, 928s and 968s.

“The new developments match the historic originals in terms of their look and profile design, but when it comes to driving properties they fulfill the requirements of modern generations of tires,” Porsche said in a news release.

The automaker said it worked with former world rally champ Walter Röhrl and the company’s professional tire testers to develop and evaluate the classic Porsche tires. The 32 tire models are not reissues of historic tires, the company said, but are modern tires made with the latest materials and structures, but with the look of the originals.

“The driving properties in the early years were not as full or balanced as they are today,” Röhrl said in the news release. “The new generation of tires is more fitting than ever to the driving style of a challenging sports car.”

For Porsche, this is kind of a big deal because 70 percent of the Porsche sports cars ever built are still drivable today, the company said, and they want those cars to perform in line with modern technology. The correct tires are crucial for maintaining the breed.

As well as road tires, Porsche has created a vintage lineup of competition rubber with similar properties to the originals.

“All classic tires developed and released by Porsche bear the official quality seal of the Porsche company,” according to the news release. “The common designator for all factory releases is an ‘N’ on the tire sidewall, which is added exclusively to those tire models that have performed very well in testing before release.”