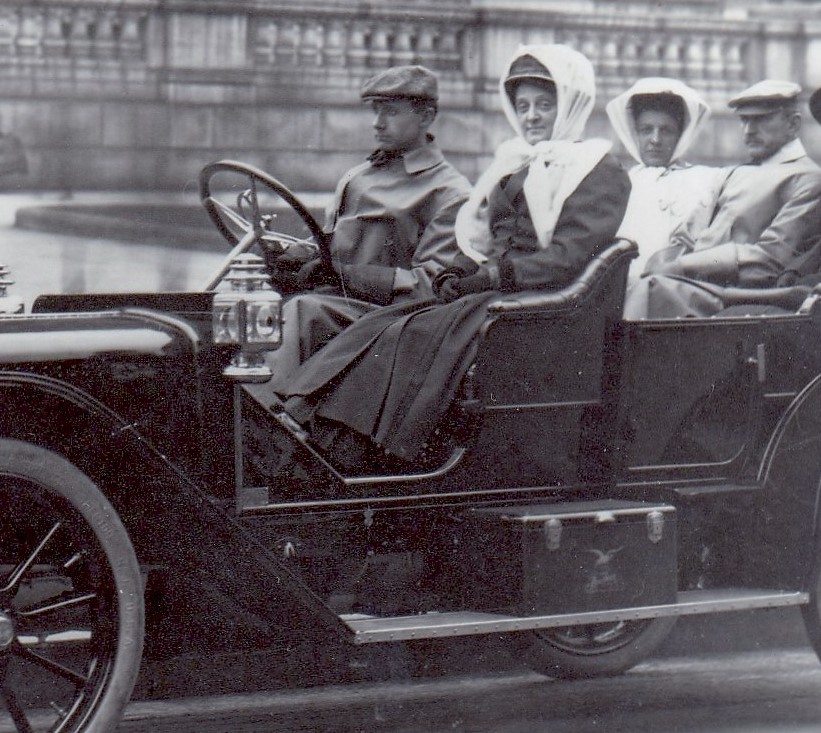 The distinctive cars of the American Motor Car Company (1906–1914) of Indianapolis, Indiana, have gained a bit of notoriety as of late, achieving some of the highest prices paid for an Edwardian-era vehicle at auction.

These sales are all related to the company’s American Underslung models with their advanced low-profile suspensions. But when the company was established, they hired Indianapolis local Harry C. Stutz, who would design a very handsome large-displacement touring car in the prevailing style with a traditional suspension, such as the 1909 American Gadabout shown in this period photo.

Stutz would leave after just a year and started a company under his own name a few years later. Stutz’s replacement at American was Fred Tone, who is credited with designing the Underslung chassis.

This very interesting picture was found among a stack of original American Motor Car Company factory photos acquired recently. A gentleman named VA Longaker founded the company and this photo shows him in the back seat. The car shown here is a 1909 Gadabout – a derivative of that original Stutz design (not an Underslung). I don’t believe any of this model survive today.

The other interesting feature of this photo is the driver – none other than Fred Tone himself. When this shot was taken, the Underslung model was already in production, although it seems that Mr. Longaker wished to be driven in the Gadabout on this day. The four-cylinder, 50/60 horsepower American Gadabout Touring retailed for an exclusive $3,750 at the time.