1967 Mustang most popular search on ClassicCars.com in March 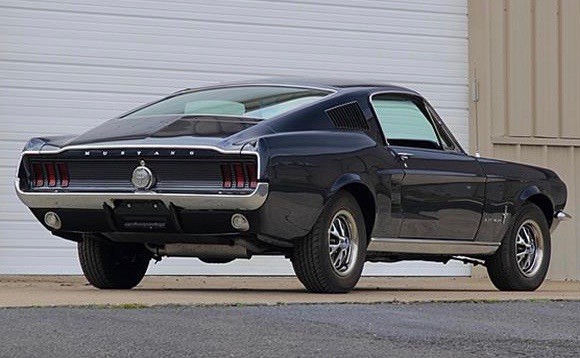 For the eighth month in a row, and for the 12th time in the past 13 months, the 1967 Ford Mustang was the most searched-for vehicle on ClassicCars.com during March 2016. As usual, around 20,000 people searched the site for ’67 Mustangs.

Ford expert Kevin Marti, author of the Marti Report documents that verify the histories of various Ford vehicles, thinks the ’67 Mustang’s popularity traces to Eleanor, the name of the star car in the Gone In 60 Seconds movies, both the 1974 original and the 2000 remake featuring Nicolas Cage and Angelina Jolie.

Marti noted that now that Dynacorn is producing new but Ford-licensed ’67 Mustang fastback steel sheet-metal body shells, people restoring ’67 Mustangs on their own, whether as Eleanor tributes or as restro-mods or even as factory-spec restorations, can get new bodies to put around the mechanical components from a ’67 Mustang survivor.

A quick check shows there are advertisements for 112 Mustangs from model year 1967 on ClassicCars.com. Asking prices range from $9,500 to $259,900, the latter being sought for a GT500 “Panamera Executive,” a fastback with a stretched silhouette designed to provide enhanced room for rear-seat passengers.

“The ’60s Mustangs were innovative for their time and it is no surprise that such a fine example of automotive design is extremely popular within the classic and collector car marketplace right now,” said Roger Falcione, founder and chief executive of ClassicCars.com. “With thousands of Ford Mustangs for sale on ClassicCars.com, we are excited to be the place that actively brings these buyers and sellers together and helps keep these cars relevant.”

Not only is the ’67 Mustang the most popular search on ClassicCars.com, but the 1965 and 1966 Mustangs were the third and fourth most searched-for cars last month.

“That wouldn’t surprise me,” Marti responded. “I would have guessed the ’65 would have the highest number of hits, just because of the sheer numbers of them and that they were the original.

The dozen most searched-for cars on ClassicCars.com during March were:

Since January 2015, only the 1957 Bel Air (twice) and the 1968 Charger (once) have unseated the ’67 Mustang from the top of the most-searched list. Frequently, that trio has comprised the top three in the search statistics.

“We’ve seen a rising interest in the Trans Ams at the auctions in 2015 and early 2016, and on our marketplace with a notable increase in the number of buyers searching for these vehicles,” Falcione said.

“The Smokey and the Bandit effect with Burt Reynolds in attendance at Carlisle Auctions last year and at Barrett-Jackson in January may have triggered the rise in interest. However, I think the interest in these vehicles represents more than that, and I anticipate Trans Ams  will continue to be strong into the latter half of 2016 and beyond.”