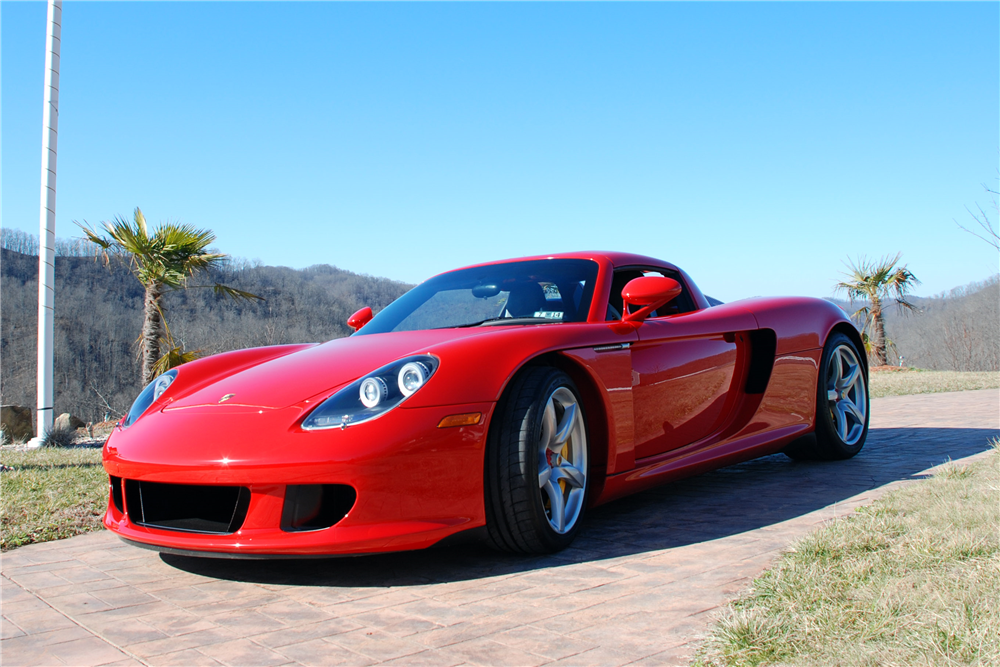 Editor’s note: This is the seventh in a 10-day series featuring cars to be sold April 8-10 at Barrett-Jackson’s 2016 Palm Beach Auction.

In 1998, the FIA and ACO, governing body for the 24 Hours of Le Mans race, changed regulations, effectively ending the Porsche 911 GT1 and LMP1-98 race cars. At the time, Porsche had planned on developing a Le Mans prototype for 1999. However, the project was mostly abandoned as Porsche set its sights on developing the Cayenne SUV with involvement from Volkswagen and Audi.

While the future of the Carrera GT looked bleak, Porsche debuted such a concept car in 2000 at the Paris Motor Show that featured a 5.5-liter V10. The concept attracted attention, and revenue from the Cayenne helped resurrect development of the super car, which went on sale in the United States on January 31, 2004.

Shortly after, in August of 2005, Porsche announced it would not continue the Carrera GT because of new airbag regulations in the U.S. Production of the car ended in May 2006 with just over1200 produced, 600 of them for the North American market.

Crossing the Barrett-Jackson Palm Beach auction block with a reserve is Lot 400, this 2005 Porsche Carrerra GT.

The car is red with black interior and features a 5.7-liter dual-overhea- cam V10 engine rated with an output of 605 horsepower and mated to a 6-speed manual transmission.

The Carrera GT offered has a clean Carfax and 2,724 actual miles.