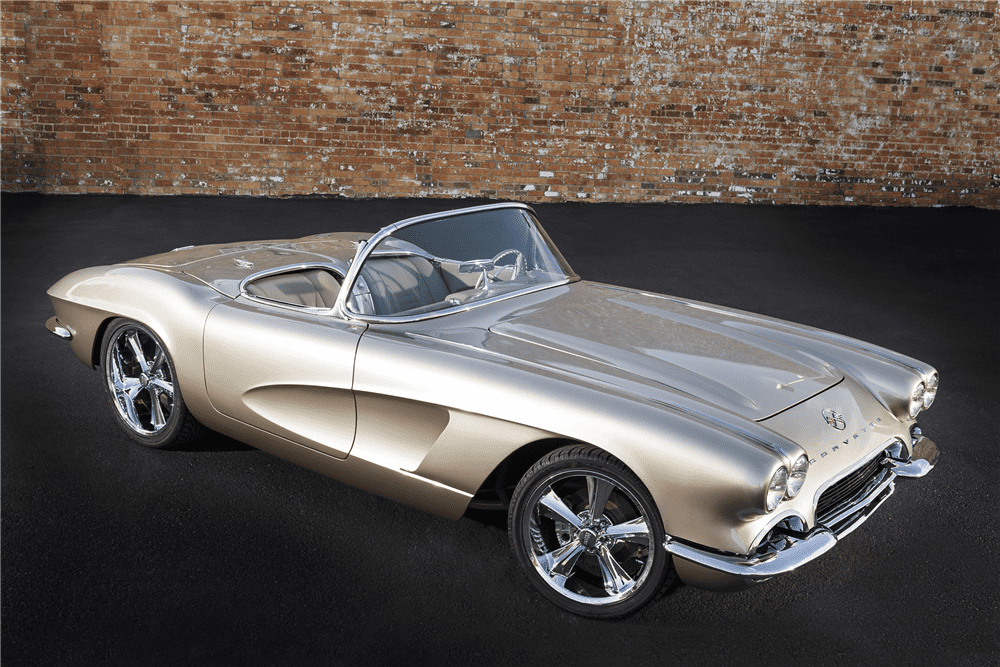 Editor’s note: This is the sixth in a 10-day series featuring cars to be sold April 8-10 at Barrett-Jackson’s 2016 Palm Beach Auction.

Chevrolet introduced its Corvette in 1953 after an enthusiastic pubic reaction to the concept car. However, due to rushed production and a wimpy six-cylinder engine, the Corvette struggled through its initial years, failing to fulfill the public’s expectations.

The car went through subtle improvements with the first generation of the car ending its production with the 1962 model year.

The 1962 model year Corvette featured a series of “lasts” for the car — last solid rear axle before moving to independent rear suspension, last year of contrasting two-tone paint schemes, last year of exposed headlights (until 2005), last year of a power convertible top option (afterward, all convertibles would be powered up and down).

And while the engine’s displacement grew to 327 cubic inches, the dual four-barrel carburetor no longer was available.

This 1962 Chevrolet Corvette, Lot 394, being offered with no reserve at Barrett-Jackson’s Palm Beach auction has been modified by Vintage Fabrication, an award-winning shop in the Kansas City area. The car features a Chevy LS2 engine with a Magnuson supercharger, and thus is rated to produce 600 horsepower. To give the engine a vintage look, old-style valve covers were adapted and the coil packs were moved. The LS2 has been mated to a Tremec 6-speed manual gearbox.

This Corvette also features an SRIII Motorsports tubular frame with C4 suspension front and rear with disc brakes, along with a filled cowl vent, door handles and gas door. Additionally, the fuel tank was moved to the spare tire well.

A custom gauge cluster featuring Classic Instruments was moved forward  six inches to allow a driver 6-foot or taller to be comfortable behind the wheel.

The interior also features Ultraleather and a custom console.