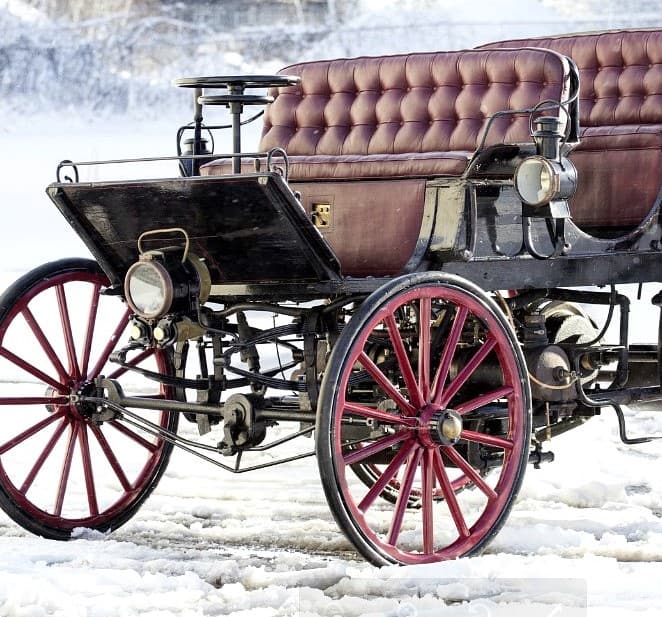 A century before there was a Toyota Prius, the earliest known gasoline-electric hybrid vehicle was built by the Armstrong Company of Connecticut. Although the 1896 Armstrong Phaeton looked more horseless carriage than motorcar, it pioneered advanced features that would take the rest of the automotive industry decades to adopt.

The Armstrong can run on electric power only, gas only, or in combination,  featuring regenerative electric-motor assist, electrically operated clutch and the first electric self-starter.

Just one example of the Armstrong Phaeton is known to survive, and it is scheduled for auction by Bonhams at Amelia Island, Florida, on March 10.

“It is our great pleasure to have been appointed to present this national treasure – one of the oldest American cars ever known to be offered at auction,” Evan Ide, Bonhams motoring specialist, said in a news release. “Seldom does an opportunity to acquire such an important piece of history arise. As the sole-existing example, this 19th Century motorcar is a machine of monumental importance.”

Designed by Harry Dey, the Armstrong uses a 6.5-liter gas engine coupled with a dynamo-wound flywheel which provide power to its spindly carriage wheels. The car appears in photos to be in fine condition, and Bonhams has posted a video showing the car being driven, which can be viewed at Armstrong video.

For information about the Bonhams sale at Amelia Island, see the auction website.