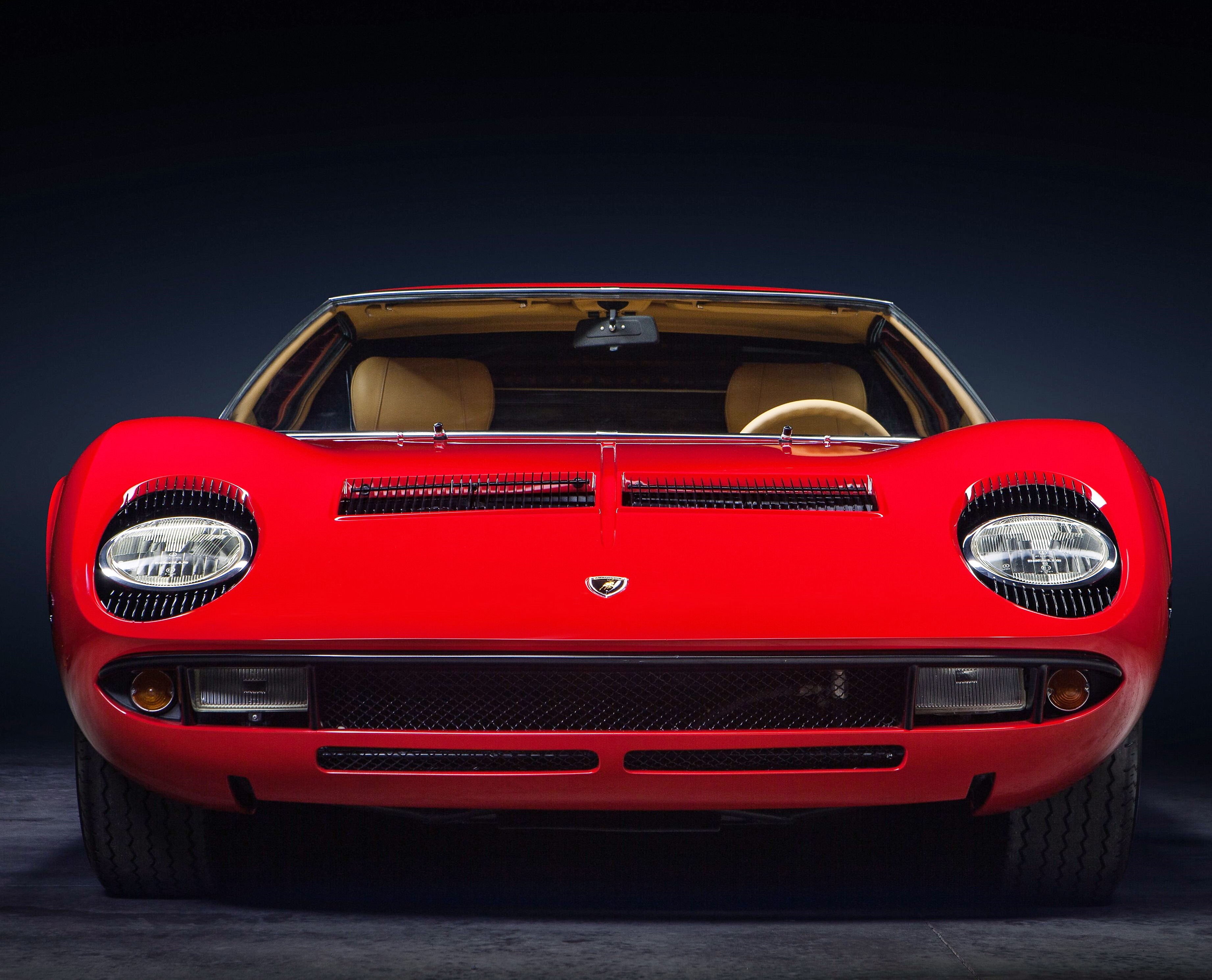 The Lamborghini Miura was a landmark supercar. Introduced in 1966 at the Geneva Motor Show, Miura’s mid-mounted V12 engine and remarkably expressive body by Marcello Gandini pointed the way to the future for exotic sports cars.

The 50th anniversary of the Miura, named for an especially ferocious breed of fighting bull, will be celebrated March 13 at the 21st annual Amelia Island Concours d’Elegance in Florida, with a number of the legendary Lambos displayed on the grass at The Golf Club of Amelia Island.

Miura came to life against the odds, its radical presence flying in the face of supercar convention and the design philosophy of company founder Ferruccio Lamborghini. But the car was spurred on by the dedication of three renowned Lamborghini engineers — Bob Wallace, Gian Paolo Dallara and Paolo Stanzani. Their clandestine efforts eventually were encouraged by Lamborghini, who recognized the genius behind the creation.

With the model designation of P400 for the posterior position and displacement of the engine, Miura shook the supercar world to its foundations when it was shown at Geneva and later was parked in front of Casino Monte Carlo. Aside from its revolutionary appearance, Miura proved to be the fastest production car of its era. A limited number were hand-built by Lamborghini through 1969.

The Miura today has taken its place among the most desirable supercars of the ’60s, regularly surpassing seven-figure results at collector car auctions.

Bill Warner, founder and chairman of the Amelia Island Concours, noted that with the Miura, Ferrucio Lamborghini had convincingly surpassed arch-rival Enzo Ferrari, who had slighted the industrialist years earlier and as a result, prompted him to create his own supercar company.

“The Miura rewrote the rules,” Warner said in a news release. “The commendatore (Enzo Ferrari) had a talent for making enemies. He angered Henry Ford and Ferruccio Lamborghini; Ford took Le Mans from him permanently in 1966 and by the end of that year, the Miura had become the ultimate road and fantasy car.”