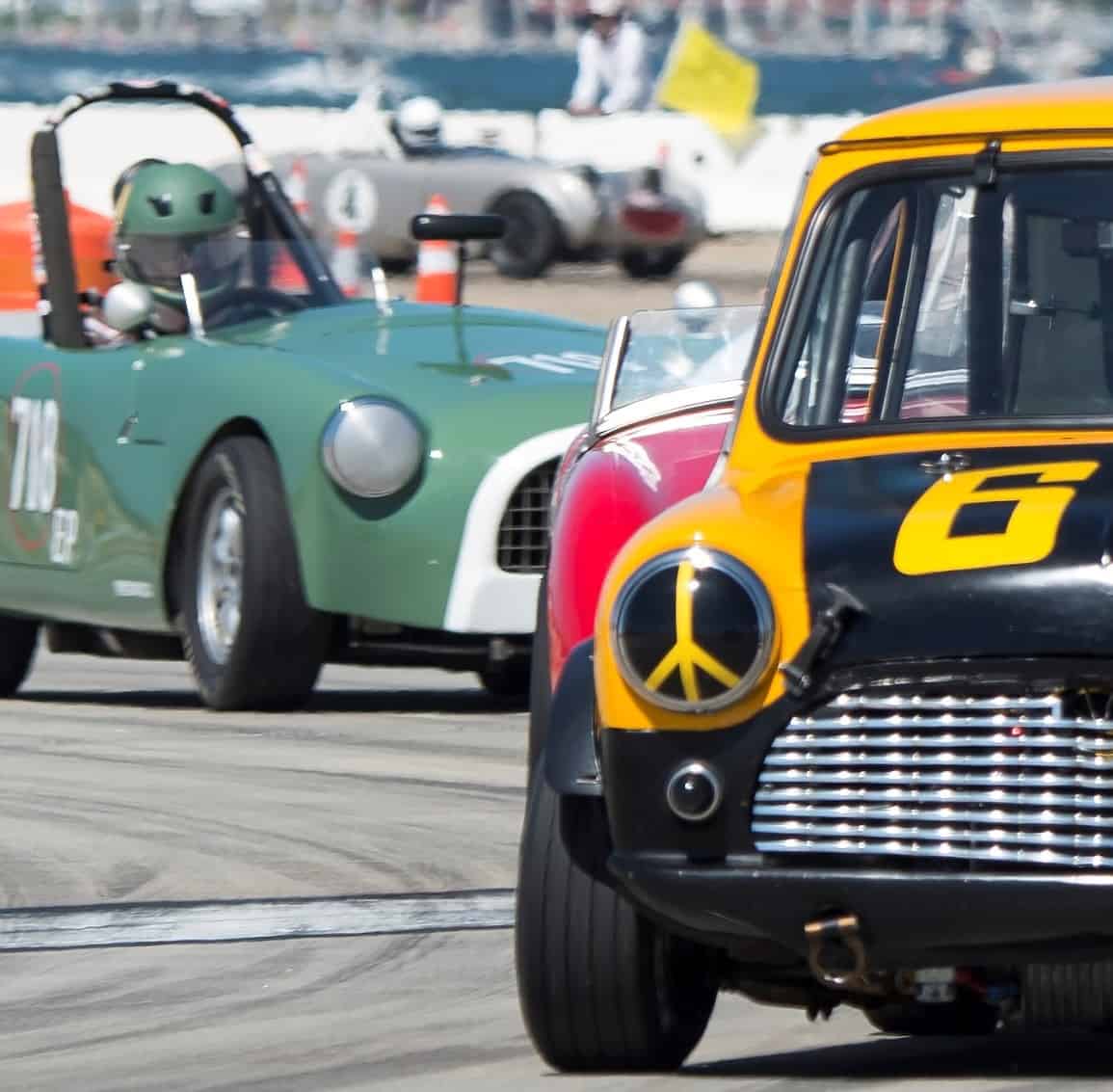 Vintage racing is one of the hottest segments of classic car collecting, giving drivers the opportunity to live out their dreams of competing in historic sports and racing cars, and giving spectators a chance to witness great cars from the past out on the track where they belong.

One of the key players is the Sportscar Vintage Racing Association, known as SVRA, which was acquired in 2012 by businessman and avid racer Tony Parella. Since then, SVRA has added a number of events to its docket, including such things as the first vintage-organization race at the Indianapolis Motor Speedway. It also was the first to host a Vintage National Championship at the Circuit of the Americas in Austin, Texas.

In March, SVRA adds another event to its schedule, the return of auto racing to the Fernandina Beach Airport in Florida, where the Amelia Island Vintage Grand Prix will be held four days after the Amelia Island Concours d’Elegance. SVRA will produce its first turnkey event and lay out the entire 2.1-mile road course at the airport on Amelia Island.

The Fernandina Beach Airport hosted sports car racing for a brief time during the 1960s and this new event is designed to pay homage to post-war sports-car racing that began at airport circuits. The racing will include pre-war cars as well as those from the 1950s through the 1980s, according to SVRA.

The March 18-19 event also will include an SVRA Show and Shine Car Show to be held on the golf course bordering the airport. In addition to historical cars racing wheel-to-wheel, there will be vintage automobiles, aircraft and motorcycles on display, the SVRA says. The SVRA has forged a five-year contract to hold the event after securing approvals from the city, airport leadership and the FAA.

Parella credits his background as a successful businessman with SVRA’s recent successes.

“At 50-years old, I started vintage racing in Texas,” Parella said. “I’m an avid Corvette guy and had the chance to race with SVRA at Watkins Glen. It was a great experience but I kept thinking, ‘This could be so much more if somebody ran vintage racing like a business as opposed to a club’.”

Parella noted that safety considerations were paramount in designing the Fernandina Beach event, and racing around hay bales like in the old days was no longer viable. To protect drivers and spectators and to minimize possible damage to valuable vintage cars, SVRA will use ProLink interlocking barriers from Impact Safety Systems, Parella said, which also have the advantage of quick setup and takedown.

An estimated 250 race cars and 30 vintage motorcycle racers are expected for the inaugural races, Parella added.

“The Amelia Island Vintage Gran Prix will demonstrate that SVRA can do just about anything,” Parella said. “If we can build our own version of the Indianapolis Motor Speedway, run a credible street race, and do it all on an active airport, then we can do it anywhere.”