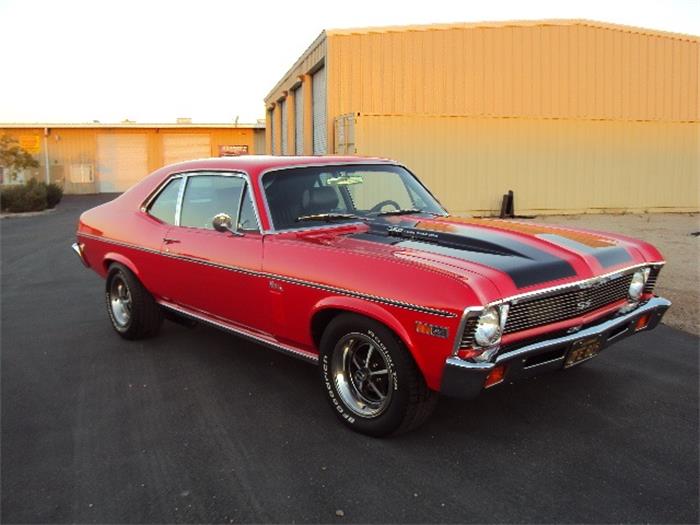 In hindsight, 1969 was one of the best design years for many American cars, such as Mustang, Camaro, Chevelle, Corvette and ‘Cuda, with some of the most iconic and recognizable muscle and pony cars of the era. In addition to the triple-C heavy hitters in Chevrolet’s lineup, there was the Nova SS.

The Pick of the Day is a 1969 Chevrolet Nova SS featuring a 350 cid V8 with 300 horsepower, mated to a three-speed Turbo Hydromatic transmission, according to the listing on ClassicCars.com.

The 1969 Nova was nearly indistinguishable from the previous year, having had a restyle in 1968. The biggest changes for ‘69 came in the areas of safety and security, with power disc brakes being included as an integral part of the Nova Super Sport package while an ignition/steering column interlock made its debut as a theft deterrent.

From ‘68 to ‘69, the 350 small block was revised internally, with stronger main-bearing bulkheads and caps that were retained with four bolts rather than two.

This Nova has Edelbrock aluminum heads and manifold installed on its 350. The private owner in Indio, California says the car was rated at 430 horsepower on the dyno. Other modifications an electric exhaust cut-outs that work with a push button on the dash.

The Nova Super Sport has been fully restored, according to the owner, who has it priced at $24,000.