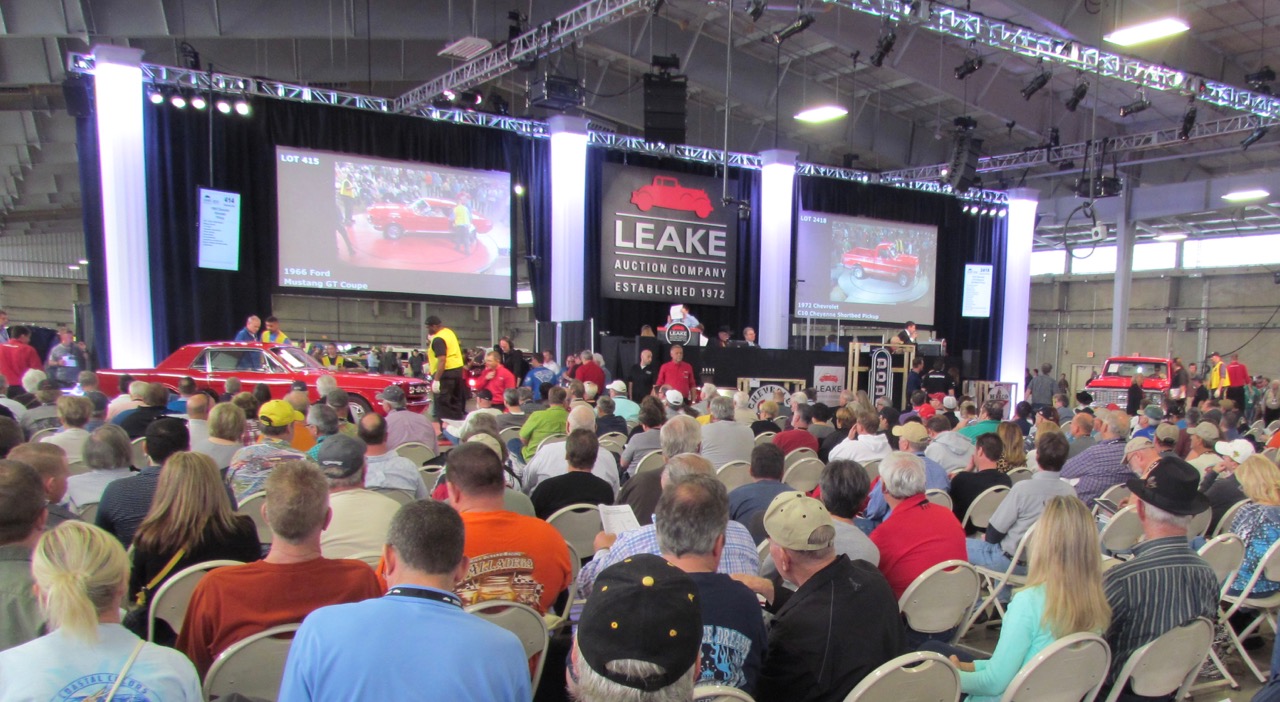 With the Tom Falbo Collection of some 100 cars, among them 40 vintage Chevrolet Corvettes, generating $4.5 million in sales, Leake Auction Company shattered its records for its annual Oklahoma City auction last weekend, posting more than $12.5 million in transactions.

The Falbo cars all were offered with no reserve, as were about 100 other vehicles on Sunday, the third and final day of the auction.

The company posted an 82 percent sell-through of the 551 vehicles that went across the block.

Based on price, 29 of the top-30 cars sold in Oklahoma City were from the Falbo Collection.

“We knocked it out of the park with the Falbo Collection,” Richard Sevenoaks, Leake president, said in a news release. “By bringing in large car collections like this, we are taking our auctions to a new level. In doing so, we are attracting a larger buyer base not only in the United States but also internationally.”

While Corvettes from the Falbo Collection dominated the auction, the highest price paid at the three-day event was the $303,600 (including buyer’s premium) for the ex-Falbo 2005 Ford GT.

As the Oklahoma City sale began, Leake announced a new auction on its 2016 calendar, September 9-10 at the MotorCity Casino Hotel in Detroit.

“Adding another auction to our lineup has been in the works for quite some time,” Sevenoaks said. “When the call came in from MotorCity Casino Hotel, we had a good feeling that this was the one. We are looking forward to bringing a new car auction to Detroit.”

In the meantime, Leake has an auction scheduled for April 15-17 at Dallas Market Hall in Texas.