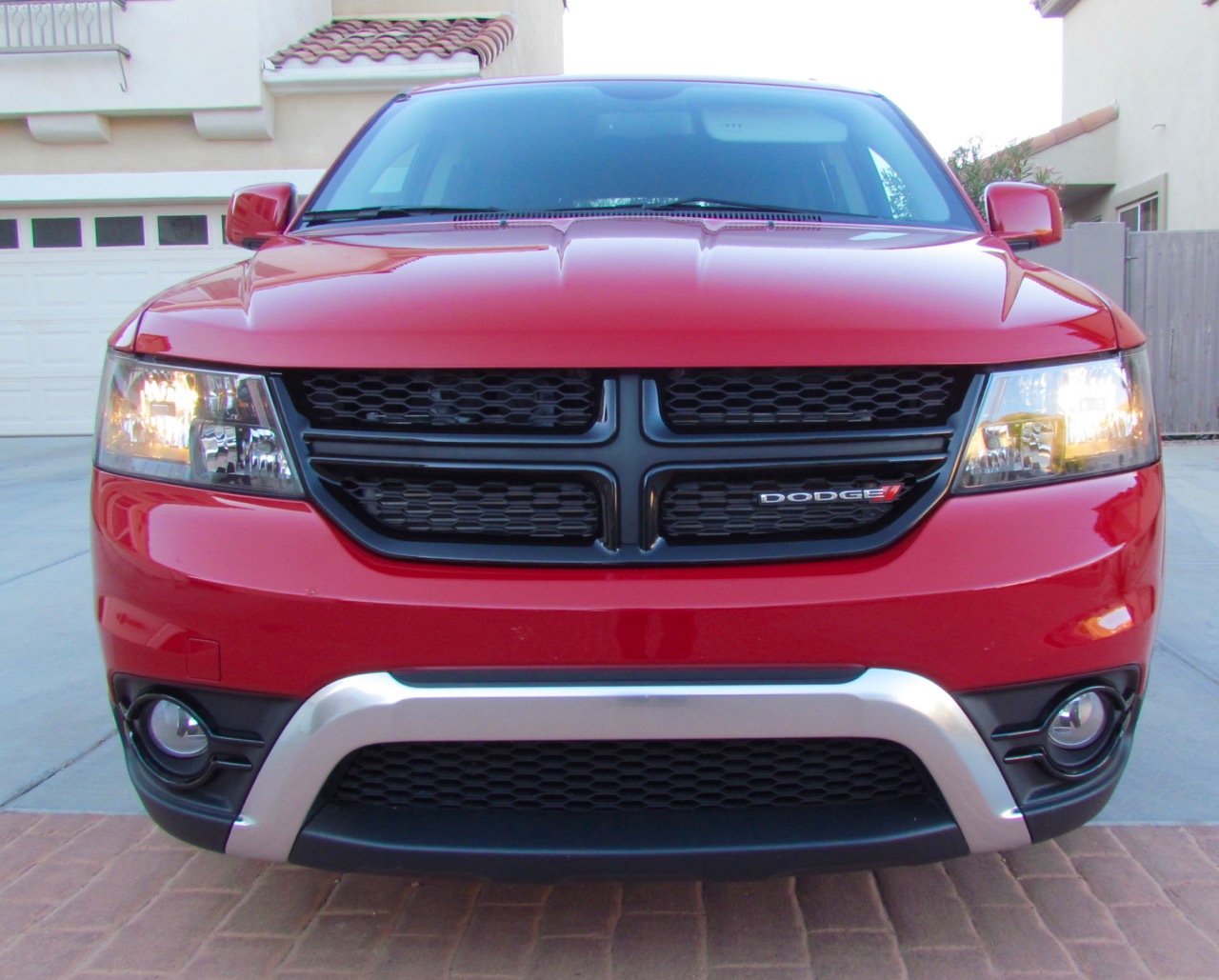 The 2016 Journey Crossroad we drove for a week came with a feature we’d like to see on more vehicles. Each of the seat-bottom cushions in the outboard positions in the second row has a tab. Pull the tab and — voila! — the seat cushions springs up and back and forms a built-in booster seat for a child. Pull the tab again and you have a regular seat for a teenager or adult passenger.

Too many children don’t use booster seats but this arrangement gives parents or grandparents no excuse for ignoring the safety of their young passengers. Brilliant!

Also brilliant is the hidden storage compartment beneath the front passenger’s seat.

In fact, we found quite a bit that was brilliant about the Journey, in our case a Journey Crossroad Plus AWD version. Good room for people and gear. Easy to use switchgear. The sort of styling you’d want in a vehicle with some off-pavement capability. Spunky engine…

When I first get a car to test, I tend not to look at the Monroney pricing and options sheet or to peek beneath the hood. Thus I was quite impressed with the Journey’s engine, at least until I did look at the Monroney and discovered that instead of a spunky Italian four-cylinder it was a relatively thirsty Detroit V6.

The engine sure felt as if it was Fiat’s fine four. But it definitely did not feel like a V6 rated at 283 horsepower and 260 pound-feet of torque. Perhaps because to achieve that horsepower rating, the engine has to spin to 6,350 rpm and torque doesn’t reach its peak until 4,400 revs.

However, while the engine felt like a four rather than a six, it was almost as thirsty as an eight, rated by the EPA at 16 mpg in town and at 24 on the highway. I’d expect better mileage from such a vehicle, although I supposed some allowance has to be made for the fact that the Crossroad has all-wheel drive and, in the version I drove, the optional third-row seat which also adds some weight.

Base price on the Journey with V6 is $29,595. The one I drove also was equipped with some options: 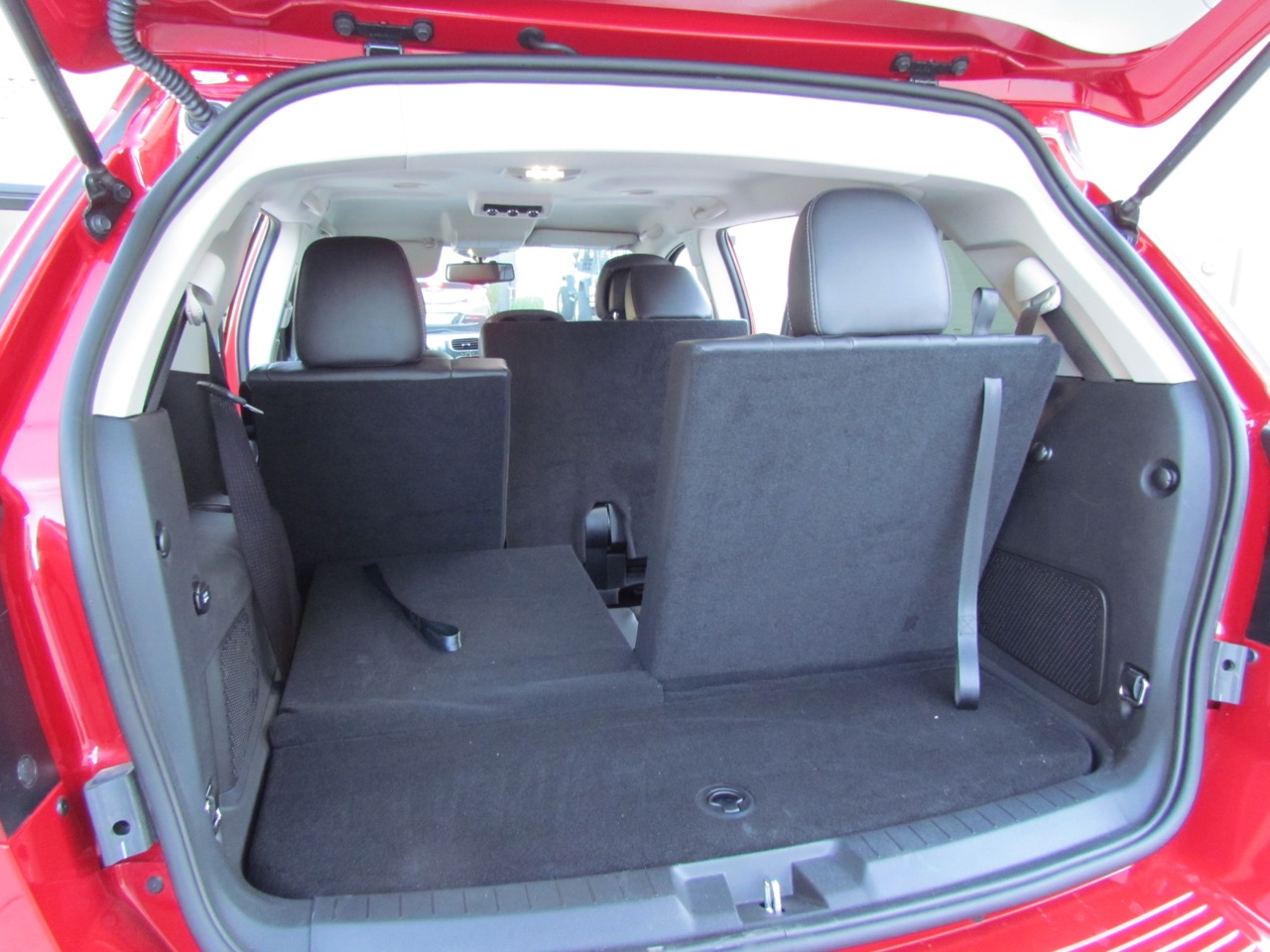 The basic Journey SE model with a four-cylinder engine and front-wheel drive starts at $20,895. 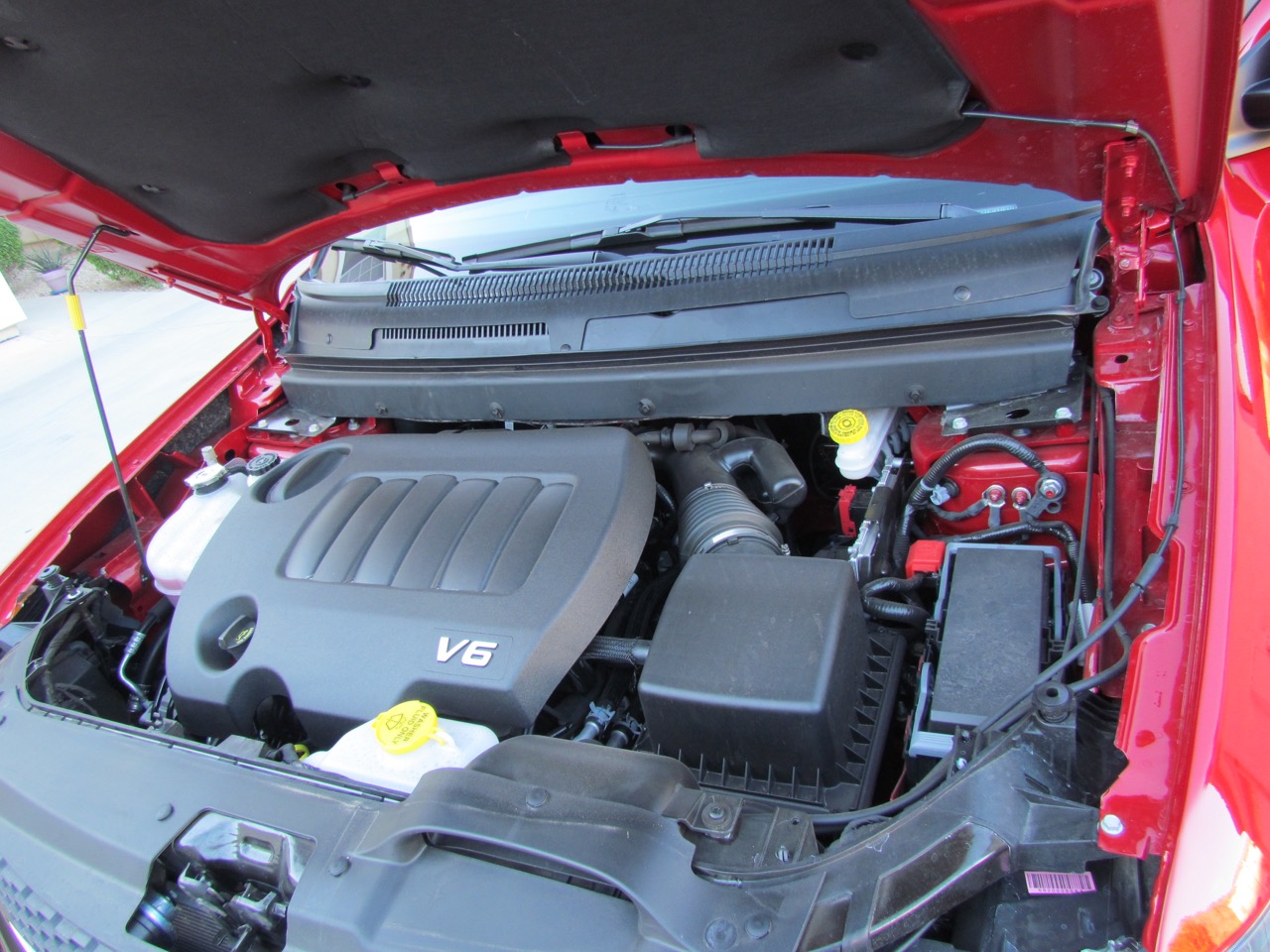