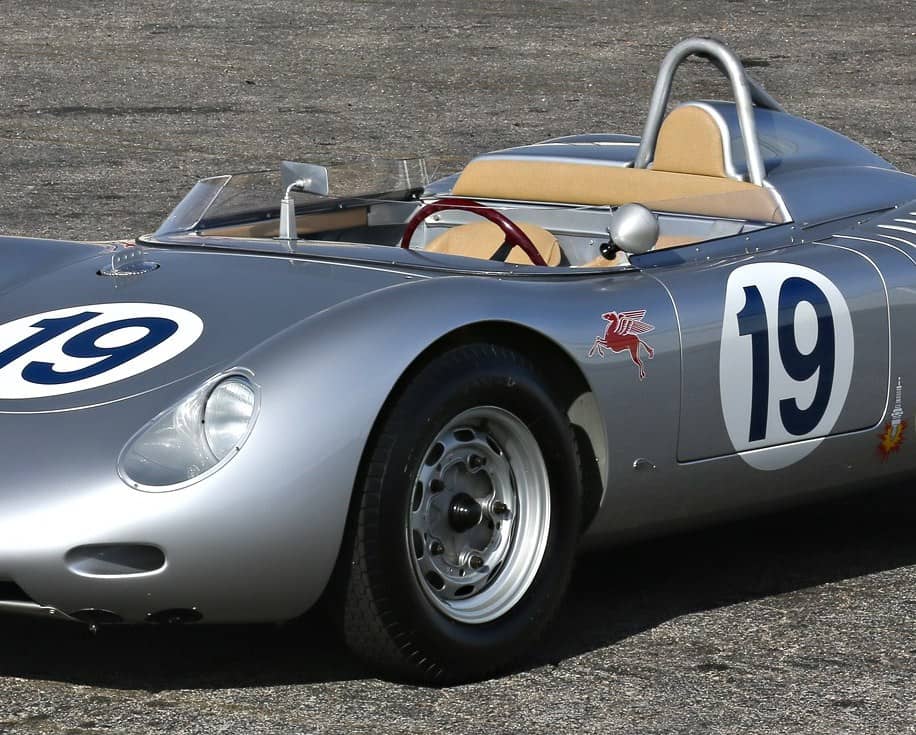 Gooding & Company has revealed the full list of 18 cars that comedian and avid Porsche collector Jerry Seinfeld has consigned for the Amelia Island Auction in March. The cars – 16 Porsches and two Volkswagens – are scheduled to cross the block March 11 when Gooding holds its annual auction during the Amelia Island Concours d’Elegance weekend in Florida.

“Mr. Seinfeld is recognized throughout the world as having acquired one of the finest Porsche collections ever assembled,” David Gooding, president and founder of Gooding & Company. “He has become known as the definitive Porsche connoisseur based on his passion and devotion to the marque.”

“Each one of these cars is a pinnacle of mechanical culture to me,” Seinfeld said in the release. “Many are the best examples that exist in the world.”

Gooding had announced earlier this month that Seinfeld would offer part of his monumental collection to auction at Amelia, and displayed threes examples at the company’s recent Arizona auction in Scottsdale. Those three – a 1955 Porsche 550 Spyder, a 1958 Porsche 356 A 1500 GS/GT Carrera Speedster and a 1974 Porsche 911 Carrera 3.0 IROC RSR, all valued well into seven figures – will be part of the 18 Seinfeld cars at auction.

The total collection of Seinfeld’s auction cars are:

Seinfeld said that each of his cars is in pristine condition.

“I’ve loved being entrusted with their care, and I’m proud of the level to which we have brought each and every one of these wonderful machines,” Seinfeld was quoted. “Honestly, if I had unlimited time, space and attention span I would never sell one of them.

“And the reason I wanted to bid these cars farewell in this way is really just to see the look of excitement on the faces of the next owners who I know will be out of their minds with joy that they are going to get to experience them. My enthusiasm for this pursuit remains quite insane and I am very fortunate to have many other cars I get to look after.”

The Seinfeld connection is expected to lift the bidding of these cars even more than their intrinsic value, as special celebrity cars have being doing in the recent past. Cars with close associations with such iconic stars as Steve McQueen, Janis Joplin and Burt Reynolds have soared to unheard of levels at auction, and the Seinfeld ownership could have the same effect on these.